Support on Patreon Follow @wellshwood
14 Comments
The Way It Was

“A dentist’s son who began his career as a radio announcer in Kansas City, Mo., Walter Cronkite wasn’t glossily good-looking in the starched, blow-dried way of so many of his successors; if anything, he was closer to homely than handsome. But behind a crisp speaking style, he had a natural, unaffected demeanor that made him more inviting than other television reporters.

“When he took over from Douglas Edwards in 1962, Mr. Cronkite would announce the day’s events, and then, as anchors do now, turn to correspondents in the field. Those reporters — and in the early 1960s the CBS A-team included Mike Wallace, Howard K. Smith and Morley Safer — often read their reports sitting at desks in front of curtains in out-of-town studios, as stiff and unsmiling as hostages in a ransom tape.

“Mr. Cronkite, who sat at a desk next to a typewriter in what at least seemed like a bustling newsroom, would fiddle with his earpiece, move his chair and glance down at his notes; he looked like a kindly newspaper editor interrupted in the middle of a big news day, busy, of course, but never too busy to explain the latest developments to out-of-town visitors.

“He made history just by rising from that desk to check the wires. Every [John F.] Kennedy documentary includes the clips of Mr. Cronkite announcing that the president had been shot and removing his thick black glasses for a pause after stating that Kennedy was dead. Those live moments of television news are as embedded into the tragedy as John-John’s salute and the Zapruder film.

“No account of Lyndon B. Johnson‘s presidency leaves out the night in February 1968 when Mr. Cronkite concluded, on the air, that the Vietnam War could not be won. He had a toehold on the first manned lunar landing and a hand in the Begin-Sadat Middle East peace talks.” — from Alessandra Stanley‘s N.Y. Times eulogy, titled “Cronkite’s Signature: Approachable Authority.”

If you see this look on the face of a woman you’re seeing, the relationship is as good as dead. And there’s not a damn thing you can do about it except pack your bags. I know it well. It’s the look of a lady who hasn’t yet said “we need to talk” but is definitely working her way up to that. Except there’s no need. You’re history and that’s that. 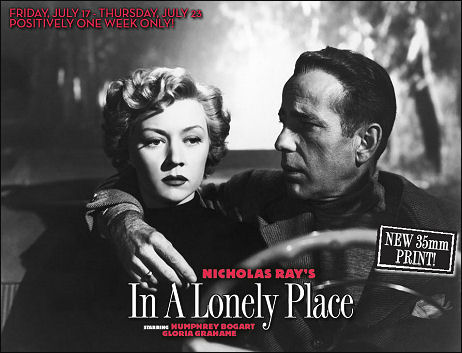 Guys don’t use this look because they don’t tend to call things off (although sometimes they do). They just keep nodding and smiling as they try to figure if it makes sense to start seeing someone on the side, or if they should try to be a bit more constructive and conciliatory.

“An Evening with Judd Apatow” has been scheduled for next Wednesday, 7.22, by the Museum of the Moving Image. Florence Gould Hall, 55 East 59th Street at 7 pm. A screening of Funny People will follow. Apatow will discuss his career in a conversation with clips moderated by chief curator David Schwartz.

The man is a conservative snapping turtle. It’s partly what he says on the show but also that repulsive-looking 1955 flat-top haircut. I wrote months ago that he’s like some kind of snorting hot-breathed wildebeest — an animal. I love the part when he screams so loudly that his voice goes into falsetto mode.

Robert Rodriguez will he doing the old film-buffy genre-wallow later this month when he begins shooting Machete, a feature inspired by a mock Grindhouse trailer. The film will star Danny Trejo (Heat) and will reportedly use Austin locations. It’s being reported that Robert DeNiro, Jonah Hill and Michelle Rodriguez might be cast, but that sounds a little dicey. Steven Seagal and Lindsay Lohan could also be involved. What was it about the failure of Grindhouse that Rodriguez didn’t understand? Genre spoofs are only for film snobs.

The witty David Rasche (Sledgehammer!) talking to a couple of grinning ABC news guys about the real-life political parallels in Armando Iannucci‘s In The Loop. (I hate sites that don’t offer easy-to-grab embed codes.) “Trust me — I know what I’m doing.”

During her Supreme Court confirmation hearings, Judge Sonia Sotomayor “took refuge in the impenetrable language of the law, and in what seemed (and this is becoming a regular strategy in politics) to be the deliberate jumbling of syntax, so people at home won’t be able to follow what is being said,” Wall Street Journal columnist Peggy Noonan wrote today.

“To be clear and succinct is to look for trouble. Better to produce a mist and miasma of jumbly words, and sentences that do not hold. You’re talking, so you’ll seem alive — in fact people using the syntax dodge are often quite animated — but as to meaning, you can leave that to the TV producers, who’ll wrestle around trying to get something that makes sense and then settle for the Perry Mason soundbite. (Well, in truth the Perry Mason soundbite is pretty much what they want.)” 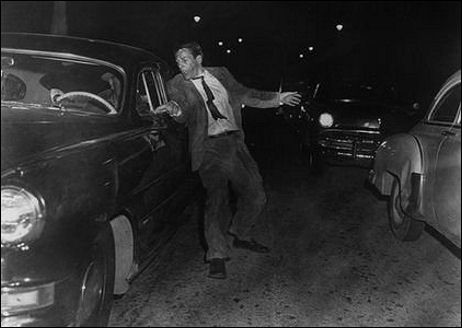 But the proof will be in the chocolate pudding as the film expands to 93 siutations this weekend and then to 200 situations on 7.24. The key, of course, given the general laziness and scattered ADD mentalities out there, will be TV advertising. Word of mouth is well and good and vital for success, but you also have to grab people by the lapels and go “hey!” 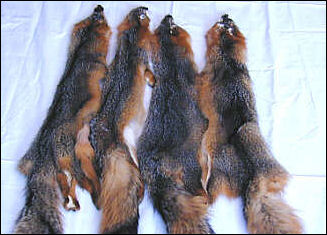 As with any subway map, you need to focus on the legend and proceed from there. Consider the partial images below and then click on the big version. 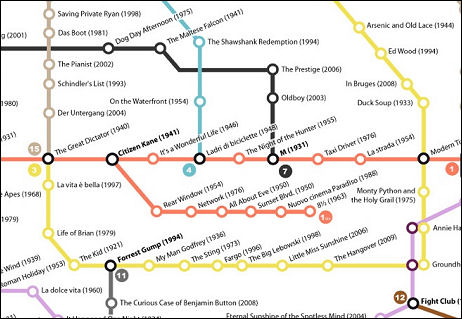 Best wishes and favoring winds to Anne Thompson and her plan to base Thompson on Hollywood on Indiewire starting August 1st. Her deal with SnagFilms and IndieWire CEO Rick Allen, according to a Paid Content story (which links to a Sharon Waxman Wrap story), says she’ll handle her own ads. She’ll of course receive promotion and visibility through the Indiewire hookup. My understanding is that Thompson was looking hard at the Indiewire thing a couple of months ago. 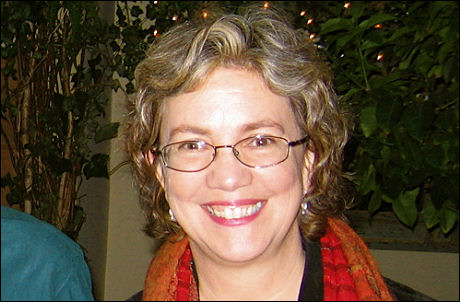