I’m suddenly reminded of a teaser-trailer for what I recall was a mid-to-late ’80s Arnold Schwarzenegger urban-revenge actioner called Raw Deal. I don’t even remember the film (does anyone?) but the teaser — or rather the ad copy, which delivered the basic punch –was beautiful.

I forget what came after and I don’t think it really mattered. I just remember that I laughed and said to myself, “That’s really great.”. The downside is that I may not have even seen the dang thing (probably because the reviews turned me off) but the teaser copy was a great pitch. 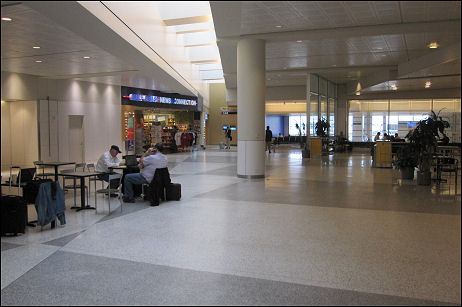 Here, at long last, is a response by Marina Zenovich, director of Roman Polanski: Wanted and Desired, regarding David Wells‘ claim, contained in a recent Daily Beast article by Marcia Clark, that he lied to Zenovich on-camera about having goaded Judge Laurence J. Rittenband into throwing out the 1978 Roman Polanski plea deal:

“I am perplexed by the timing of David Wells’ statement to the press that he lied in his interview with me for my Polanski documentary. Since June of 2008, the film has been quite visible on U.S. television via HBO, in theaters and on DVD, so it is odd that Wells has not brought this issue to my attention before.

“For the record, on the day I filmed Mr. Wells at the Malibu Courthouse, February 11, 2005, he gave me a one-hour interview. He signed a release like all my other interviewees, giving me permission to use his interview in the documentary worldwide. At no time did I tell him that the film would not air in the United States.

“Mr. Wells was always friendly and open with me. At no point in the four years since our interview has he ever raised any issues about its content. In fact, in a July 2008 story in The New York Times, Mr. Wells corroborated the account of events that he gave in my film.

“I am astonished that he has now changed his story. It is a sad day for documentary filmmakers when something like this happens.”

If anyone has a PDF of The Ghost, the Roman Polanski thriller written by Robert Harris, please forward. Thanks.

I haven’t time to review Ruben Fleischer‘s Zombieland (opening tomorrow), but it’s better than Dennis Harvey‘s Variety review indicated. I was basically pleased, amused and never bored for the first 45 or 50 minutes, and then came the Bill Murray Beverly Hills mansion sequence and I was flat-out blown away. For this sequence alone the movie must be seen, although generally speaking it’s an engaging zombie comedy with dabs of a marginal Wes Anderson attitude-personality. All to the good. I’ll amplify later today.

I heard from Roman Polanski: Wanted and Desired director Marina Zenovich at 2:30 am this morning. She was ringing from Zurich, where she’s working on a followup doc about the Polanski brouhaha. She’s actually been working on it since last February, she said. I had urged her in an e-mail yesterday to respond to yesterday’s Marcia Clark-authored Daily Beast piece in which former prosecutor David Wells claimed that he lied to Zenovich on-camera about having goaded Judge Laurence J. Rittenband into throwing out the 1978 Roman Polanski plea deal, etc.

Zenovich said she’d send a carefully worded response, but the long and the short is that she’s flabbergasted. Suffice that I’m not alone in detecting certain suspicious currents and motives contained in yesterday’s reaction piece. And we’re both agog, we agreed, at Clark’s new blonde hair.

I’m leaving soon for Newark airport, where I’ll catch a jet to Houston and then a connection to Shreveport, Louisiana. A degree of revelry and exploration this evening followed by a day of Straw Dogs inquiry with director-writer Rod Lurie and the cast — Kate Bosworth, James Marsden, Alexander Skarsgard, James Woods and Dominic Purcell. A Shreveport Hilton staffer says their wifi is fast and steady, and if it isn’t they also offer ethernet cable connections in the room plus an in-house Starbucks with wifi of its own. So I can’t lose. 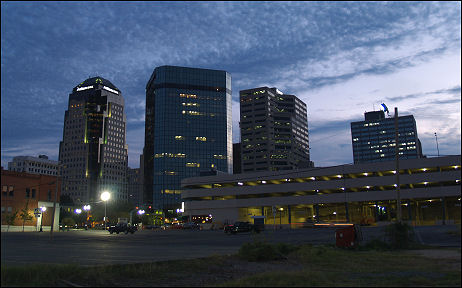 Shreveport, Lousiana — distinguishable, I presume, from Akron, Ohio, or Mobile, Alabama? Other than a few sound stages being there, I mean?
October 1, 2009 4:39 amby Jeffrey Wells
17 Comments
Redneck Girth

A 9.27 posting by The Atlantic‘s James Fallows presents two specially highlighted U.S. maps that reveal a very precise alignment. The areas with the highest levels of poverty and obesity voted the most heavily for McCain-Palin in last November’s election. “A minor point at such a moment,” as Rhett Butler once said.