This is several hours old, I realize, but here’s what the steely-eyed, conservative-minded Cokie Roberts recently said about the Polish sausage: “Roman Polanski is a criminal. He raped and drugged and raped and sodomized a child. And then was a fugitive from justice. As far as I’m concerned, just take him out and shoot him.”

Criterion Collection president Peter Becker has explained the slight Che delay (i.e., coming out in January ’10 rather than two months hence). The Che Bluray/DVD “is coming, and as you can imagine there’s a wealth of great content getting developed,” Becker says.

“We wanted to be ready for December, but Steven Soderbergh needed time to reconstruct some deleted scenes, and we were also able, in what we think is going to be a controversial coup, to persuade Che Guevara biographer Jon Lee Anderson to do commentaries on both films, but he also needed more time to prepare.

“In short, it became clear that if we delayed the release a month we would be able to make a much better set. That’s a trade we will always make, even if it means we don’t get the benefit of sales in the holiday season, and we think that’s the kind of

decision our collectors would want us to make.”

15 Comments
Averse to Being Eaten

In a 10.12 New Yorker profile titled “Call Me: Why Hollywood Fears Nikki Finke,” Tad Friend reviews and re-tells many of the Finke stories and anecdotes that have been kicking around in plain sight for the last few years. I haven’t yet packed for an airport shuttle that I have to catch in 51 minutes, but I found the article fairly reported, very well-written (of course) and even half-neutrally compassionate at times, particularly in a section that recounts a deeply despairing period in 1996 when two friends of Finke — N.Y. Observer editor Lisa Chase and N.Y. Times reporter Bernie Weinraub — were concerned that Finke might do herself in.

Here, in my view, are the two best paragraphs in the piece (which I’ve converted into three graphs):

“Finke’s code is the Hollywood code. She is for hard work, big box-office, stars who remain loyal to their agents and publicists, and the little guy — until, that is, the big guy chats her up. Then she’s for that big guy until some other big guy calls to stick it to the first big guy. And this, too, is the Hollywood code: relationships are paramount but provisional.

“One executive observes that people who heed Finke’s call to snark about their competitors shouldn’t get too comfortable: “The idea is, the lion won’t eat me if I throw it another Christian. It works for a day, but you’re going back to the Colosseum soon.”

“I don’t think for a minute these people like me,” Finke tells Friend. “They talk to me because that’s how the game is played. They’d like to ignore me, but they can’t. The best way for them to think of it is: I get bitch-slapped today, and someone else’ll get bitch-slapped tomorrow.” 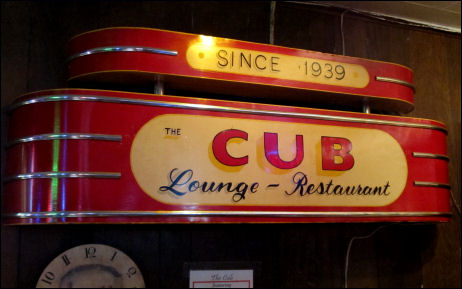 The Cub In southern Shreveport is one of the coolest, most atmosphere-rich, late-night honky-tonks I’ve ever visited in the rural south, bar none. Great people, great drunken-high-school vibe, great pool players and inexpensive beers. 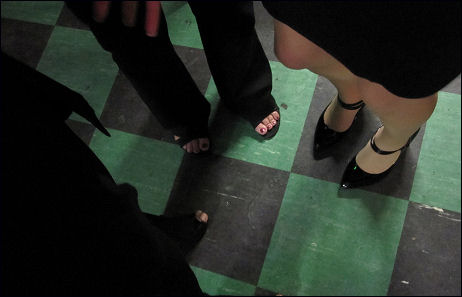 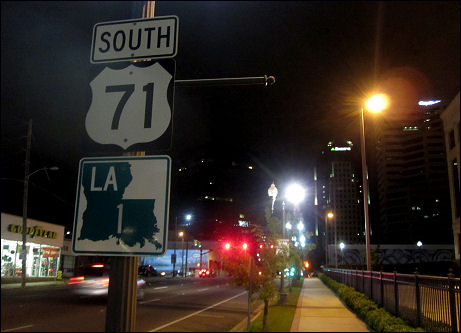