I got up around 7:30, wrote most of the morning and then saw two Sundance films this afternoon — Jay and Mark Duplass‘s Cyrus, an exceptionally well acted mother-son-boyfriend relationship dramedy, and Adam Green‘s Frozen, the Open Water-on-a-ski-lift movie in which the predators are frigid cold and wolves. I don’t know what’s wrong, but I can’t make myself write about them. The engine won’t turn over. Tomorrow morning, I suppose. 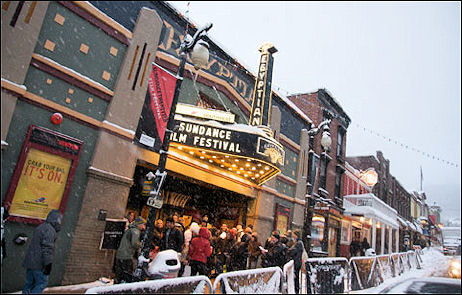 It’s awfully nice to be named as one of the top 50 movie blogs, except that 50 is an awfully large number. I’d rather be on a list of the top 20, say — that would matter a bit more.

Four days ago The Gothamist‘s John Del Signore posted an interview with A Serious Man costar Fred Melamed — i,.e., the bulky balding bearded guy who plays Sy Abelman. I adore Melamed’s performance in this film, but then I love every aspect of this under-loved Coen brothers’ masterpiece.

“It’s funny, people always talk about the ending,” Malamed says. “They say they’re unsatisfied by the ending, they didn’t like it — friends of mine, people I respect. To me, the ending of the movie sends you back into the movie. The endings of some movies ease you out of the movie and back to your normal life. You say, ‘That was an interesting movie, now I’m going to have my dinner or whatever.’ But somehow this movie stays in some part of your brain, at least it did for me, and you really wind up thinking about it a lot.”

In his 1.25 Movieline review of Michael Winterbottom‘s The Killer Inside Me, Seth Abramovitch describes the brutal scene in which Jessica Alba is beaten to a pulp by Casey Affleck‘s Lou.

“After making love [to Alba] and discussing their plans to reconvene a few weeks down the line, Lou pulls on a pair of black gloves, then begins to punch Alba in the face, at full force, repeatedly. The camera does not turn away, and as he takes a good dozen shots at her head, her features begin to distort at each impact with his closed fist. As she lies on the floor, unconscious, unrecognizable and barely breathing, he asks if she can hear him. He tells her he loves her, and that’s he’s sorry. He then [delivers] several more punches.”

Remember Cary Grant‘s irritation in Bringing Up Baby when Katharine Hepburn told her mother that his name is “Mr. Bone”? In that light, Winter’s Bone, Debra Granik‘s dramatic competition entry, is arguably the strangest-sounding and most unintriguing title among all the films showing at Sundance 2010. (The other contender for this prize is Restrepo, Sebastian Junger and Tim Hetherington‘s doc about an Iraq War veteran.)

But MSN’s James Rocchi assures that Granik’s film ranks very high on his list and that I should make every effort. My next and only remaining shot at seeing it will be at the Racquet Club on Tuesday at 8:30 am. Granik’s last film was the memorable Down to the Bone (which included a break-out performance by Vera Farmiga), so she obviously has a thing about that word.

In the wake of last night’s surprise Hurt Locker win at the Producer’s Guild awards, The Wrap‘s Steve Pond has written that he “can easily see a scenario in which Avatar will lose the Best Picture Oscar, probably to The Hurt Locker.” And The Winner Is columnist Scott Feinberg has also assessed the meaning of Sunday’s apparent game-changer. 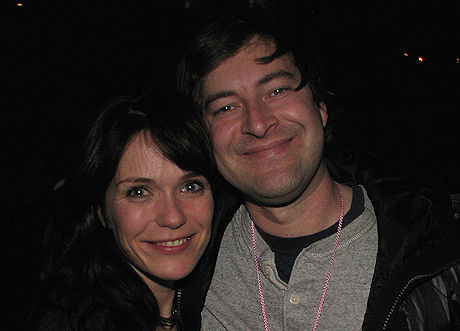 The Freebie director Katie Asleton, Cyrus co-director and co-writer Mark Duplass (also costarring in the forthcoming Greenberg) at last night’s Freebie party, which began around 11 pm or so. A mumblecore flick about a married couple’s arrangement to allow each other to briefly play around, The Freebie was shot in something like 10 or 11 days and without a script — only an outline. 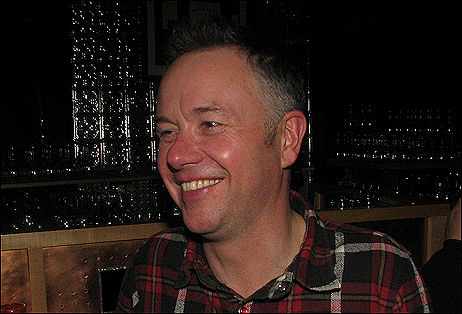 The Killer Inside Me director Michael Winterbottom at post-screening party for his film at Zoom — Monday, 1.25, 12:55 am. 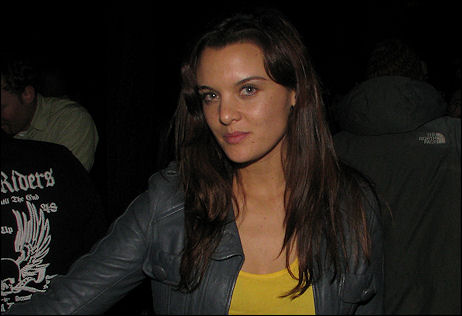 The Freebie costar Frankie Shaw, who passed along a view similar to mine about Dakota Fanning’s Runaways performance. 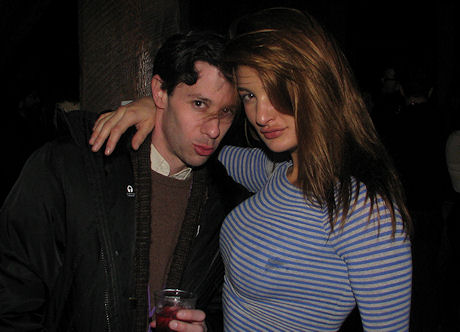 Aaron Johnson gave a decent performance as John Lennon in Nowhere Boy, but my dislike of that film instilled a collateral animus toward the guy. Perhaps I can get past this with the help of Matthew Vaughn‘s Kick-Ass (Lionsgate, 4.16).

Simmons was married to Stewart Granger and director Richard Brooks. She was treated for an alcohol problem in the ’80s, and she apparently smoked for several years. She died on 1.22 at age 80 — she was born on 1.29.29 — from lung cancer. Classy lady, beautiful eyes. 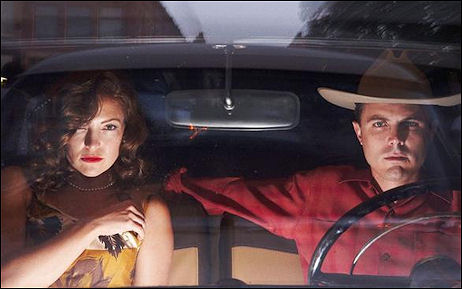 Retired Microsoft billionaire Bill Gates has written about attending Sundance, mainly due to an interest in seeing Davis Guggenheim ‘s Waiting For Superman. He calls Redford’s Ordinary People his “all-time favorite,” and adds that he “really like[s]” every movie Redford has directed. (Including The Legend of Bagger Vance, a.k.a. Bag of Gas?) He also mentions that The Great Gatsby is among his favorite Redford performances. Gates’ writing is bland, to put it kindly.