“Christina Hendricks thinks all the talk about her body is a little embarrassing,” writes New York‘s Amy Larocca. “‘It kind of hurt my feelings at first,” the Mad Men star remarks. ‘Anytime someone talks about your figure constantly, you get nervous, you get really self-conscious. I was working my butt off on the show, and then all anyone was talking about was my body!'” Which is why Hendricks wore hot lingerie to illustrate the piece (and grace the cover of the current issue). 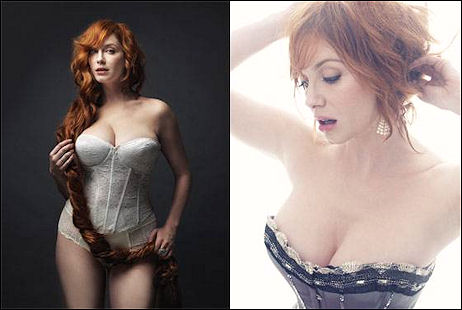 Larocca, by the way, has also written a shockingly cruel and thoughtless observation about a certain actress whose emotional well-being is near and dear to the politically-correct HE brownshirts. Larocca needs to be slapped down, and I know just the boys for the job.

55 minutes of battery time left means there’s no time to tap out a 750-word Shutter Island review. But here’s that David Edelstein New York pan that’s giving pause to the Friends of Marty crowd. I agree up and down — SI is a long slog and then some. Because it’s purely a movie-atmosphere exercise with zero narrative intrigue (anyone could spot the third-act twist in the trailer), it’s almost as difficult to get through as Kundun.

“Some great directors, as they age, strive to simplify and refine their technique in the hope of getting closer to their subjects,” Edelstein begins, “but Martin Scorsese has happily — perhaps even with relief — moved into a long and not-so-emotionally taxing formalist phase (with fat studio paychecks). He seems to have been drawn to Shutter Island by the chance to quote from quasi-horror asylum B movies like Shock Corridor and Bedlam, and to play the kind of straight-ahead illusion-versus-reality games he leaped clean over in his early expressionist masterpieces Mean Streets and Taxi Driver.

“Dennis Lehane‘s novel, about a Boston detective who travels to an insane asylum on a craggy island to investigate the disappearance of a female patient, is a doodle, a Paul Auster Lite breather between his tortured Mystic River and the panoramic The Given Day. But Scorsese draws it out to two hours and twenty minutes of Hitchcock-like tracking shots and bombastic music and shrieking storms and detectives in long coats and fedoras trudging past leering mental patients.

“It’s all deliberately artificial, of course, and the fifties noir tropes do gradually morph into something weirder and more hallucinatory. But even when the detective-story foundation begins to crumble and the gumshoe protagonist (Leonardo DiCaprio) becomes racked with visions of concentration camps and bloody children and babbles about Communist subversives and Nazi experiments, Shutter Island is still suffocatingly movieish.

“DiCaprio had a breakthrough in the much-maligned Reservation Road: He sanded off some layers of polish and dared to be raw, wobbly, in the moment. He’s every bit as good here — he’s just not very interesting. He trudges around with his sidekick (Mark Ruffalo) interviewing characters played by great actors pretending to be bad actors (only Ruffalo and Ben Kingsley’s strangely paternal psychiatrist are fun to watch), and it’s all setup for the big reveal of the last 25 minutes. The ending is powerful (it should be, given how Scorsese lingers on the corpses of little kids), but Shutter Island is a long slog.

“The sad thing is that Scorsese could have connected emotionally with Lehane’s narrative. Without spelling things out, the story comes down to whether fierce self-dramatization can lead to revelation, catharsis, and healing — a question raised obliquely in Taxi Driver and Raging Bull. But Scorsese can’t get past the thicket of old movies. He’s farther from reality than his hero is.”

I’m typing this from seat 9A (window) on an American flight from Dallas/Ft. Worth to LaGuardia It’s 6:15 pm — somewhere over Arkansas. $12 and change to connect the laptop; $8 and change for the iPhone. The pages are coming up a bit slowly, but it’s better than nothing.

I can see right now where the Shutter Island discussion will go. Hip, older urban critics like Marshall Fine will do the usual solidarity thing (i.e., their standard response whenever a reasonably decent film by a venerated director comes out) and pass out “Friends of Marty” buttons at screenings and so on. And that’s fine. A fair portion of their readers, of course, will feel a wee bit puzzled if not burned when they shell out their twelve bucks, but that’s the rough and tumble of it.

I did my farewell hugs with the Santa Barbara Film Festival team last night. For the most part at a big noisy wrap party at a place called Eos. I was forced to leave when a large crowd started dancing to Kool and the Gang. Thanks to Roger Durling, Carol Marshall and the others who made my ten-day stay a pleasant one. (Excepting that goon who got in my face the other night.) Short hop to LAX, LAX to Dallas, Dallas to LaGuardia — back around 9 pm. 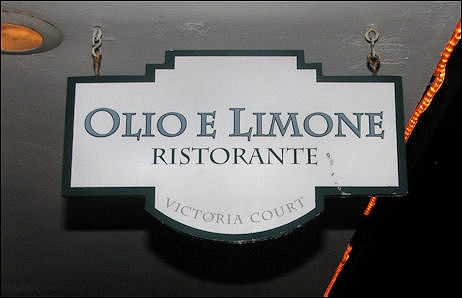 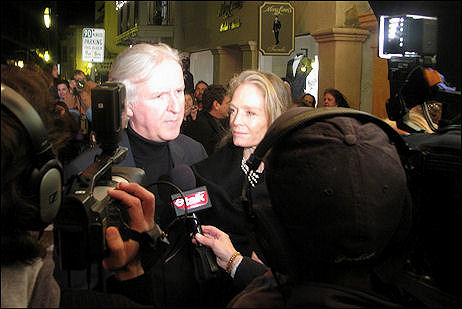 A leftover pic from eight or nine days ago. 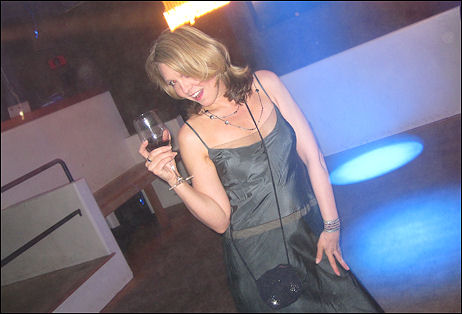 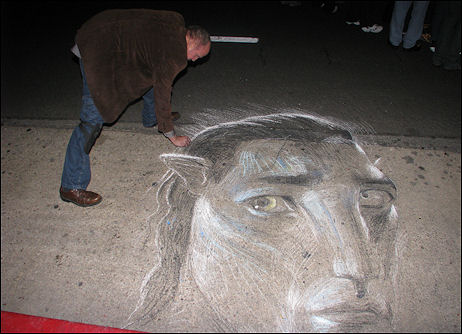 Since mid December I’ve been 90% convinced that Kathryn Bigelow would take the Best Director Oscar with the Best Picture prize going to Avatar for mostly political reasons (3D game-changer, all-time champion earner, injector of economic vitality into the industry, tens of millions of dazzled international fans). Whenever there’s a toss-up contest, the majority of Academy voters always favor the political.

But hearing last night that The Hurt Locker had won the Best Edited Feature (Dramatic) Eddie Award over Avatar made me go “wait a minute…I’m sensing an alignment of the planets here.” It was actually that plus a web-journalist colleague confiding two or three days ago that she’s convinced that Hurt is the most likely winner.

All along I’ve presumed that a little movie that’s only made $12-plus million can’t win. Now I’m thinking “wow, this year may be different” and “money may not be everything.” It’s still called the Academy of Arts & Sciences & Money, of course, but I’ll howl like a coyote and melt all over the carpet if The Hurt Locker wins.

And then I’ll go back to Extra Virgin and ask those women who told me last November they’d never heard of The Hurt Locker much less seen it and say, “So, guys…?”