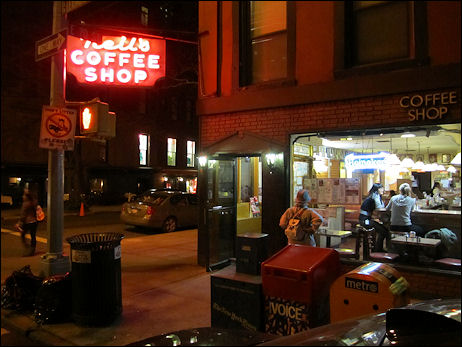 69th and Lexington around 8:25 pm this evening. 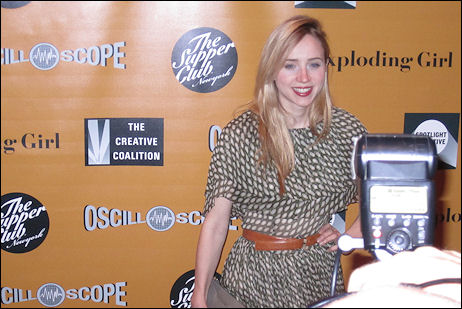 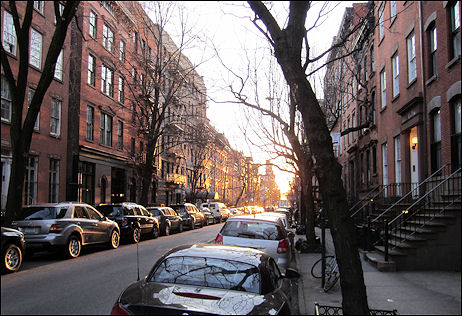 Since MCN’s David Poland never posts the final roster of Gurus of Gold Oscar tallies, I’m doing so as a public service. The big winner was In Contention‘s Kris Tapley; the runner-up was Envelope columnist Pete Hammond.

This is out of 21 Oscar categories, mind. The Gurus don’t survey Live Action Short, Animated Short , or Documentary Short. Tapley missed all three of these in his official predictions at In Contention while Hammond got two out of three right at The Envelope. If these had been included Tapley and Hammond would have tied for first with 19 correct each, so call it even.

A two-week-old theatrical neck stabbing in Lancaster, California, was reported in today’s L.A. Times. A guy had complained about a woman talking on her cell phone during a 9 pm Saturday showing of Shutter Island at the Cinemark 22. The woman and two guys left the theatre, and then the two guys returned minutes later and stabbed the complainer in the neck with a meat thermometer.

What would Detective Columbo make of this? Let’s see….well, the first deduction would be that the assailants were blue-collar mongrels of some kind, possibly employees of a nearby California slaughterhouse or meat-packing plant. The assailants were probably young, and most likely of Swedish, Danish, Norweigan or German descent. They are also presumed to be highly educated, as most California meat-packing plant workers have either liberal arts degrees or business school diplomas.

The most likely motivation for the stabbing was to avenge the female cell-phone-talker’s honor, and particularly to teach the victim a lesson — i.e., that either girlfriends or sisters of Danish/Norweigan/Swedish/German men can talk all they want during a film, and anyone who vocally complains will have to pay the price.

The attackers are reportedly still at large. Anyone with information on the attack, or who is familiar with anyone from the Swedish/Danish/Norweigan/German community in the greater Lancaster area, is asked to contact the Lancaster sheriff’s station at (661) 948-8466.

There are probably a few reasons why The Hurt Locker took the Best Picture Oscar over Avatar, but Notes on a Season columnist Pete Hammond believes it came down to one thing — i.e., “the actors branch, dummy.”

1,205 Academy members. Three times as many as any other peer group. Freaked by performance capture. Voted their pocketbooks. Said “hell no” to the Na’vi.

“With few exceptions, most of the actors I asked [about the Oscar race] thought that Avatar’s advanced performance capture technique was threatening their career future,” Hammond writes. “I remember sitting next to JoBeth Williams (Poltergeist) at a Lovely Bones lunch event in December, and she said she worried it had the potential to eventually put actors out of work.

“Heavily involved with the Screen Actors Guild Foundation, she said then that SAG was forming a committee to investigate the process.” What — like HUAC looking into industry-wide commie subversion?

“Avatar producer Jon Landau told Film Drunk shortly after the film was snubbed by the SAG acting nominations that ‘I blame ourselves for not educating people (actors). We made a commitment to our actors that what they would see up there on the screen is their performance, not somebody else’s interpretation of what their performance might be.’

“James Cameron said performers were confusing it with animation but that the ‘creator here is the actor, not the unseen hand of the animator.’

“That message clearly wasn’t heard by most of the actors I talked to last Sunday. Aside from sensing a heavy Hurt Locker vibe in the room, many, while acknowledging the technical prowess of the film, didn’t believe Avatar was their sort of film, at least when it comes to Academy Awards.”

The mood-style of this She & Him music video is similar to that much-loved Joseph Gordon Levitt musical number in (500) Days of Summer. Ironically kitschy, of course — a late 1950s sensibility but “in quotes.” It doesn’t embrace the schmaltzy flavorings of The Pajama Game, but it winks at this. So much of pop music these days has been feminized, lightened up — that classic Lou Reed guitar-bass-and-drums thing is out the window.

This is the first time I’ve really responded positively/favorably to Lady Gaga doing anything. I’ve been asleep on her until this moment. And I would have been totally down for this version rather than the one that Tim Burton chose to make. And so would the Hispanic Eloi, I’m betting, with whom I saw Alice last weekend.

Marshall Fine‘s primary complaints about Paul Greengrass‘s Green Zone (Universal, 3.12) are that (a) PG shaky-cam is starting to piss him off, and (b) Greengrass shouldn’t have taken the fictionalized chickenshit route but followed the lead of Rajiv Chandrasekaran’s best-selling book and followed the facts and named real names.

The result of Greengrass’s fictional approach is that Green Zone advances a bullshit notion that honest soldiers (like Matt Damon‘s Roy Miller) telling the truth helped the press raise public awareness and turn the tide of opinion against the war. The facts — including the press’ shameful performance and polls showing that a solid 50-plus percent of Americans still believe we actually did find WMD — would suggest otherwise.”

“Given a stronger sense of purpose, the film might have recounted exactly those failings and shown in stark relief how we were hoodwinked into war. Then again, there hasn’t been an Iraq war movie yet that found an audience by telling the truth about government mendacity. This one might because it’s essentially being sold as Bourne 4.”

Boxoffice.com’s Ray Greene has criticized Green Zone in a similar vein, but with the gloves totally off — he’s really torn it a new one. He calls it “an exercise in commercial cowardice masquerading as a thriller about political bravery…a kind of moral atrocity.”

Your Tron Legacy post is generating a lot of interest,” an industry friend remarks. “It’s safe to say that Disney is extremely bullish on this movie primarily because of its director, Joseph Kosinski, who is now on the short list for every tentpole project. He’s the next ‘real deal’ in that he’s got a Cameron-like technical knowledge, is responsible with budgets and operates on an even keel…overall a remarkably talented, well adjusted guy with actual story sense and actor readability as well. His website incudes some of his commercial work that put him on the map.” 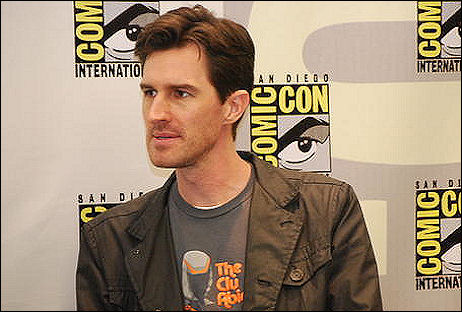 Reader Suppported News informs that John Cory’s 3.6 “I am angry” essay “drew such an overwhelming response from our readership, so many heartfelt comments, that we felt we should give everyone the opportunity to endorse Cory’s words and let the Democratic Party have the benefit of our leadership.” A petition form is at the bottom of this page.

“I am angry,” the essay began. “I’m tired of pundits and know-nothing media gasbags. I’m tired of snarky ‘inside politics’ programming. I am sick of the bigotry and hatred of ‘birthers’ and faux patriotic cranks and their GOP puppet masters. And I’m really pissed at the Democratic Party that confuses having a plate of limp noodles with having a spine.

“I’m going to vomit if I hear the word ‘bipartisanship one more time. I get nauseated every time the Senate explains how it takes a super majority to do anything for the American people. Tell you what Senate Bozos — if it takes 60 votes to pass legislation than it should take 60% of the popular vote to get you elected.

“When some Tea Party crank says, ‘I want my country back,’ I respond, ‘No madam, you want your country backward.’ When a deficit-mongering politician says, ‘How do we pay for this?’ Why not ask, ‘What did you Republicans do with the surplus [the Clinton administration] left you?’ When a compassionate conservative says, ‘Healthcare reform is socialism,’ why not answer, ‘No, sir — it is the moral and American way to care for people.'”