Support on Patreon Follow @wellshwood
26 Comments
Go Get A Burger

I tried to watch Spike Jonze‘s I’m Here, a short love-story film about two robots, and I was told “sorry…theatre is full…come back in 3 hours.” I love it.

The word is out among lightweight “entertainment”-seekers everywhere — don’t go see Greenberg! Too well reviewed (the highest-rated opener at Rotten Tomatoes), too smart, too psychologically recognizable, too neurotic, etc. It was in the low 80s earlier today, and is now sitting at 74 thanks to naysayers Kyle Smith, Katey Rich, Nick Schager, Mary F. Pols, Stephen Whitty, Betsy Sharkey, etc.

Whitty calls Ben Stiller‘s Greenberg “a nasty neurotic” and Greta Gerwig‘s Florence “a passive victim,” and adds, “If you’re looking for someone to identify with — well, pray you don’t find one here.” I didn’t identify with Greenberg, but I recognized him. And anyone who’s met a guy like this will recognize that Stiller gives a ballsy, dead-on performance. I for one loved some of his bits and lines. His irritation at a guy shrieking with laughter at a nearby table at Musso and Frank, for one. I’ve felt the exact same way a few times, and no character in any film I’ve ever seen has provided any sort of validation…until now.

“As any video clerk can attest, movies with the same or similar titles can wreak havoc,” writes Philadelphia Inquirer critic Carrie Rickey. “After a preview of Repo Men (Universal, 3.19), the Jude Law sci-fi thriller about organ hijackers, a perplexed filmgoer friend asked, ‘Was I wrong to think this was a remake of that Emilio Estevez comedy?’

“What a difference a vowel makes!

“I love Cox’s movie, one of the great all-time cult films, and its droll perspective on the way the future looked in 1984. Set in a Los Angeles where all products are generic, all authority is suspect and aliens may be hiding in the trunk of your car, Repo Man is about Otto (Estevez) and his career repossessing stolen automobiles. (Otto: Auto.)

“I still crack up at the movie’s visual jokes about the sinister implications of tree-shaped air fresheners. I still crack up at its anarchic characters given to dialogue like, ‘Let’s go get sushi and not pay!’ And I love the film’s epiphany, delivered by the deadpan Tracey Walter: “The more you drive, the less intelligent you are.” And who doesn’t love the film’s transcendent climax, with a 1964 Chevy Malibu ascending to the heavens?

“I remember seeing the movie with my colleague Vince Canby who asked, with a delighted grin, “Did you ever expect to see a fusion of Close Encounters and Used Cars?”

Obviously cut from the same formulaic cloth as 89 other films of this type. The marketing obviously invokes Sex & The City — same fonts, color scheme. I’m getting a bit of a small-screen feeling from the dialogue.

HE was attacked by a D-Day-level spam invasion yesterday and this morning. I had to spend about 90 minutes this morning deleting over 300 spam posts, and not just recent ones but in threads reaching back to January and February. Manage comments, ban the poster, delete “comments.” I may have accidentally deleted one or two legit postings. 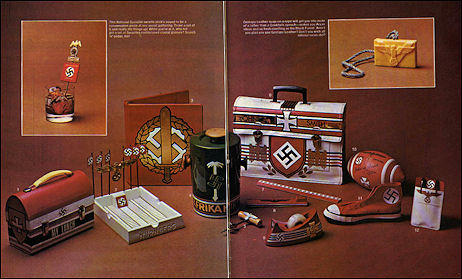 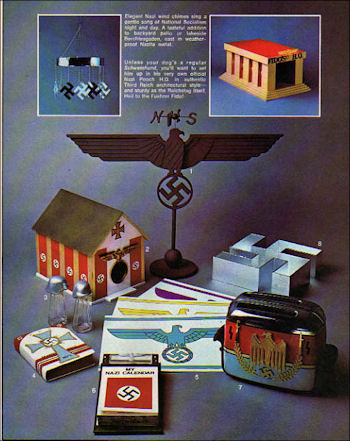 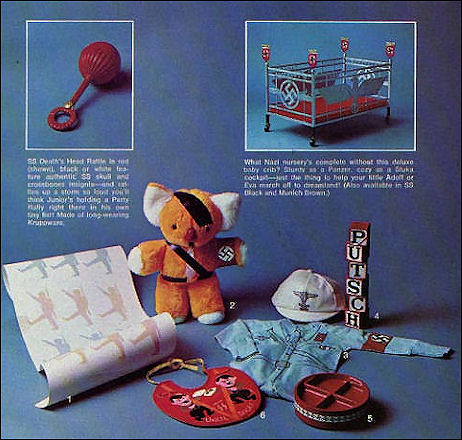 Jett went to see She’s Out of My League with a friend last night, and says that any critic who gives it a pass is out of their mind. “It’s as bad as The Ugly Truth, that Gerard Butler-Kathryn Heigel movie,” he says. “It’s a one-joke thing — she’s hot and you’re not.” And yet it has a 51% positive Rotten Tomatoes rating. That’s the easy-lay contingent in action.

I decided months ago that I wouldn’t see She’s Out of My League with a gun at my back. Unless…you know, Scott Foundas or some other tough critic went to bat for it.

Nash Edgerton‘s The Spider, a nine minute and 11 second short, will be shown with The Square when it opens in early April. It’s been on the festival circuit for quite some time, but whatever.

Last night I saw Joel and Nash Edgerton‘s The Square (Apparition, 4.6), a James M. Cain-like noir in a low-rent, not-terribly-bright, mullet-wearing Australian way. The Postman Always Rings Twice, Mate. I’ll hold my review for now, but the timing of the release is fair game for discussion, I think.

The Square was shot in ’07 and released in Australia in the summer of ’08. Apparition picked it up at last year’s South by Southwest and then waited for the right moment. I don’t want to sound like a jerk in Apparition’s eyes, but I think that an audience is missing something when watching a nearly three-year-old film in a first-run theatre.

I’m not saying The Square is a “dated ” film — it’s not. (Except for the fact that two blue-collar male characters wear ghastly 1980s mullets.) But there was an original spark that went into the filming of it — a spark and a climatorial vibe that had a lot to do with the specific conditions of life on the planet earth back then. And I think you lose the vitality of that chemical composition when you wait three years to show it. And I sensed a faint weathered factor as I was watching it. That or simply knowing it was shot in ’07 affected my perception.

Wine improves with age but movies — a living, breathing, moving-train art form — don’t. It’s not always true, but you often sense on some level the lack of mollecular immediacy and freshness in a film that was shot 18 months or two years before viewing. And you can really sense if it was shot three years earlier. Life’s particulars change in small and imperceptible ways as the months roll along, and then eventually they begin to stand out in stronger relief.

I don’t know what the rule of thumb needs to be, but it’s best if you see a film within a year or so of principal photography. That way it feels like a movie that belongs to the here-and-now. The initial September ’08 showings of The Hurt Locker, which was shot in ’07, felt more vital on some level than it did upon the commercial opening in June ’09, I can tell you. I’m sure there are dozens of examples.

I get that Apparition needs product and that they fell in love with the Edgerton brothers because suddenly these guys are in vogue. I saw Joel play Stanley Kowalski in A Streetcar Named Desire at BAM.

I agree with the guy who says “no handouts…you have to work for everything you get in life.” Damn straight. But the guys in this video are vermin — the absolute antithesis of the compassionate behavior that a certain wandering Hebrew advocated in his sermons.

It’s a given that the elite tend to live healthier lives than the bottom-of-the-barrel K-Mart crowd. And yet by today’s standards, Clark Gable — the one-time King of Hollywood — lived a much more self-destructive life than your typical 2010 addict of whatever social class. For most of his 59 years Gable smoked tens of thousands of unfiltered cigarettes and swilled enough booze to kill a bull elephant. It’s a miracle that he lasted as long as he did.

“Gable died in Los Angeles, California on November 16, 1960,” his Wikipedia bio says. “It happened from a heart attack ten days after suffering a severe coronary thrombosis.

“There was much speculation that Gable’s physically demanding role in John Huston‘s The Misfits contributed to his sudden death soon after filming was completed. In an interview with Louella Parsons, published soon after Gable’s death, Kay Gable was quoted as saying “it wasn’t the physical exertion that killed him [but] the horrible tension…the eternal waiting, waiting, waiting. He waited around forever, for everybody. He’d get so angry that he’d just go ahead and do anything to keep occupied.”

“Marilyn Monroe said that she and Kay had become close during the filming and would refer to Clark as ‘our man’ while Arthur Miller, observing Gable on location, noted that ‘no hint of affront ever showed on his face.’

And the comes the big “tell,” almost like an anecdotal aside…

“In addition, Gable was in poor health from years of heavy smoking (three packs of unfiltered cigarettes a day over thirty years, as well as cigars and at least two bowlfuls of pipe tobacco a day). Until the late 1950s he had been a heavy drinker, especially of whisky.”

How is this just-released Predators trailer substantially different from the short teaser reel that producer Robert Rodriguez and director Nimrod Attal previewed at South by Southwest on 3.12?

My 3.13 commentary, to also repeat: “I’d be into Predators (20th Century Fox, 7.9) if I was even half-persuaded that it’ll be to the original Predator what James Cameron‘s Aliens was to Ridley Scott‘s Alien — i.e., faster, more intense, emotionally grounded, a general uptick. But of course, that can’t be. Not with Rodriguez’s B-movie aesthetic defining the perimeters.”