With close to $30 million earned earned late last night, the problematic Eclipse is expected to pull down $150 million by the end of the July 4th holiday, or by the evening of Monday, July 5th. As Peter O’Toole says to Donald Wolfit in Becket, “I would spit if I were not in God’s house.” Which alludes to my idea about theatres being churches. A stretch, agreed, but it allows me to quote Anouilh.

I feel so dispirited about Taylor Hackford‘s Love Ranch that I haven’t been able to write anything about it. This is primarily because the bluntly phrased dialogue — the most irritating aspect because of its colloquial boilerplate tone, particularly as spoken by Joe Pesci‘s Joe Conforte-ish character — was written by Mark Jacobson, a New York magazine contributor whom I know slightly and have admired for many years.

All I can figure is that (a) Jacobson was asked to dumb it down by Hackford because the latter felt it “right” that the characters speak this way, and Jacobson did so in order to get paid, (b) he gave the dialogue an uneducated Nevada goombah flavor as a perverse exercise of some kind or (c) his dialogue was of a higher pedigree but Hackford urged the actors (especially Pesci) to slop it down and say it the way they felt it.

Indiewire‘s Anne Thompson has summarized some of the reviews thus far.

TheWrap‘s Hunter Walker has posted a grotesque story about Robert Sanchez, 36 year-old honcho of the recently defunct fanboy site IESB.net, having run for the hills over allegations of sexual misconduct with his step-daughter.

HE mentioned Sanchez twice in ’07 concerning (a) his being involved in a police-supervised sting that recovered Indy 4 photos that had been stolen from Steven Spielberg’s office, and (b) early-bird set photos of Robert Downey, Jr. in his Iron Man outfit that Sanchez posted but then took down due to legal warnings.

Sanchez “has gone missing for roughly three weeks after allegations of sexual misconduct with his underage stepdaughter,” Hunter’s story reports.

“Detectives were seeking Sanchez in connection with allegations of sexual abuse regarding ‘things to do with his stepdaughter and the internet,’ Tracy Dorsey, a spokeswoman for the Rancho Cucamonga police department, told TheWrap on Wednesday.

“Asked about rumors going around Hollywood’s digital movie media circles that the 36-year-old Sanchez had drugged and raped his stepdaughter and videotaped the act, Dorsey replied: ‘We’re looking into all of those allegations.’ She stressed that no charges have been filed, and there is currently no warrant for his arrest; nor has he been classified as a missing person.

“Jamie Williams, one of Sanchez’ writers for IESB.com, resigned on Monday in a post on the site. Though the post is largely innocuous, he told TheWrap in an email Wednesday morning that he and the IESB staff were told a few weeks ago that there was a ‘family emergency/tragedy.’

“‘Then as of this past Friday evening, it was heavily implied that Robert had passed away,’ Williams wrote. ‘We agreed to stay on and help for the time being under these circumstances. It wasn’t until Monday evening we were aware of the details of Robert being on the run and his actions. And the icing on the cake was us being forwarded bills for IESB.’

“Sanchez’ whereabouts have been unknown for about three weeks, though he is not listed as a missing person.

“Sanchez lives in Alta Loma; his home phone had been disconnected. The IESB.net Twitter feed was taken down early this week.”

IESB is an acronym standing for “Inland Empire Strikes Back.”

8 Comments
Word to the Wise

I don’t believe that Francis Coppola was fired off Patton — i.e., relieved of screenwriting duties — solely because his 20th Century Fox bosses didn’t care for the opening speech-to-the-troops scene. (Other factors must have been in play.) But I love his message about how “the things you’re fired for when young are often the same things you’re given awards for later in life.” This bit appears on Patton DVD and Bluray.

I agree with all but one of the best shot films between ’98 and ’08 named in an American Cinematographer poll. I concur with the celebrating of Amelie, Children of Men, Saving Private Ryan, There Will Be Blood, No Country for Old Men, The Dark Knight, Road to Perdition, City of God and American Beauty…but I say “no” to Jeff Cronenweth‘s cinematography of David Fincher‘s Fight Club .

Sorry but I’ve always despised the somewhat murky, underlit look of that film — as if the negative had been soaked in a vat of cappucino mixed with guacamole and string beans. Throughout most of the film Brad Pitt, Edward Norton and Helena Bonham Carter‘s skin looks greenish-gray. The last time I watched it (on Bluray) it pissed me off and made me feel depressed all over again.

Replace Fight Club with Roger Deakins‘ capturing of The Assassination of Jesse James by the Coward Robert Ford or John Toland‘s work on The Thin Red Line or Harris Savides‘ shooting of Zodiac and we’re good to go. 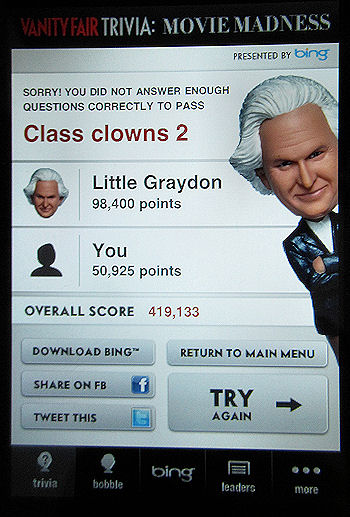 What’s wrong with the dialogue in this clip? What’s the particular disturbance, more to the point, with Sen. Amy Klobuchar of Minnesota? Did she bring up the midnight showings of Eclipse to suggest that Elena Kagan is jes’ folks and…what, gets what’s happening in the culture of families these days? Surreal. This assemblage has some funny stuff, though.

I don’t want to see Paramount eat it with The Last Airbender (7.1). I have no dog in this fight. And I understand why I wasn’t invited to a screening because they know I hate this stuff going in. But for a movie that cost $150 million to make and is costing a king’s ransom to market, I’m not feeling the molecular current, even though it opens tomorrow. No buzz, nobody’s talking about it, and only two negative Rotten Tomatoes reviews so far.

Everyone’s seen this East of Eden audition clip in which Paul Newman was trying for the role of Aaron, the older brother of Cal (i.e., James Dean‘s role). It’s clear who the more delicate and vulnerable actor is. Newman has that jokey-gruff streetcorner thing down as a covering mechanism while Dean is a bit more open to whatever. He obviously senses this, and so he throws Newman a line he knows will tap him off-balance.

You can see Dean’s idea beginning to happen around the eight-second mark. At the 14-second mark he says “kiss me” and Newman quickly says “can’t hear.” They both laugh it off, but it’s obvious that if Newman had been receptive Dean would have been the woman in the relationship. I mean that in a complimentary way.

A year or so later Dean had landed the role of Rocky Graziano in Somebody Up There Likes Me. Newman got the part, of course, after Dean’s car-crash death in September 1955.

The Robert Wise-directed boxing drama came out in December 1956. I saw it sometime in the mid ’90s. It hasn’t aged well. Newman’s dese-dom-dose accent feels conspicuously “acted” each and every second. The film has moments (the ones with Pier Angeli, the final fight scene) but it mainly feels too “scripted” in the then-popular vein of ’50s televised drama. It’s a little too sentimental, emotionally underlined, on-the-nose.

If Dean had played Graziano, though, it would probably have a more elevated reputation today. Who cares about this movie today?

Bottom line: in the mid ’50s Dean was twice if not three times the actor that Newman was. Newman found a more naturalistic, less-actorish groove starting with his legendary performance in Hud in ’63, and for all we know Dean, had he lived, might not have grown or developed as successfully. But in the mid ’50s Dean was the live-wire hare and Newman was…well, not a tortoise but a hare who hadn’t yet figured himself out. 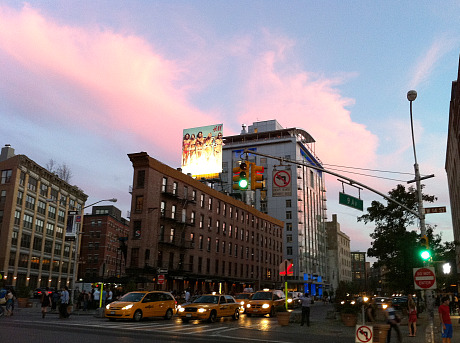