On CNN’s Parker Spitzer show, Social Network screenwriter Aaron Sorkin called Sarah Palin “an idiot” — yes! He also called her “a remarkably, stunningly, jaw-droppingly incompetent, mean woman.” Sorkin also reportedly said that “the Democrats have moved to the center, but the Republicans have moved into a mental institution. I’ll take the Democrats.” Can’t find an embed code — here’s the clip.

Zack Snyder directing Warner Bros.’ Superman reboot means that the end result will most likely be a little short on depth and sensitivity, which they might have had if they’d gotten, say, Matt Reeves to direct. Snyder at the helm means a fastball right down the middle — a totally generic, impact-for-impact’s-sake, extra-large-tub-of-popcorn Warner Bros. superhero flick with a swaggering attitude. Knowing Snyder and his self-inflating tendencies, it might even be another origin story…God! Somebody kill this franchise.

I’ve talked with director Tony Gilroy twice over the past week or so at swanky Manhattan parties, and both times I’ve asked what’s next. The second time (i.e., two nights ago) he indicated something was up without getting specific. But he told me he’d fill me in on stuff when and if an announcement is made. Now Deadline is reporting he’s just signed as director of The Bourne Legacy, the fourth film in that franchise.

Hey, Tony — are you going to be aping Paul Greengrass‘s shaky-cam shooting style, or maybe tone that down a bit? Because front-line, battle-fatigue guys like myself are sick to death of shaky-cam, let me tell you.

Re-seeing Alex Gibney‘s Client 9: The Rise and Fall of Eliot Spitzer the other night sparked a debate. If you were in a marriage or a serious live-in relationship, which form of betrayal would you consider to be the more painful? If your partner/spouse had a serious emotional affair with someone, or if your partner/spouse had it off a few times with an expensive prostitute or gigolo?

That’s a no-brainer in my book. Going to a gigolo or a prostitute is strictly a payment-for-services-rendered transaction, and therefore no threat to an ongoing relationship. I would imagine that most women would be able to deal with a husband who’s into hookers much more easily than a husband who’s fallen for someone else and has transferred emotional loyalties. I wouldn’t be delighted if my wife or live-in-girlfriend had slept with a pro, but I’d like to think I could deal with it somehow.

What are the most successful and/or enjoyable films ever made involving biological twins, triplets, quadruplets and quintets? I’m not sure if there’ve been any really good ones. The absolute worst, I think, has to be Kissin’ Cousins, the 1964 Elvis Presley film. But if you’re talking short films… 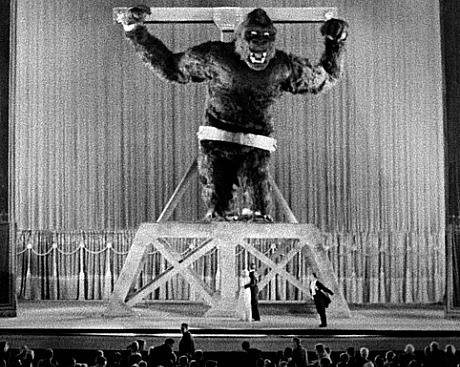 I somehow missed a 9.30 Hollywood Reporter story by Gregg Kilday and Matthew Belloni lamenting a lack of minorities among this year’s Oscar hopefuls. “For the first time since the 73rd Oscars 10 years ago, there will be no black nominees in any of the acting categories at the February ceremony,” their story says, “and there are virtually no minorities in any of the major categories among the early lists of awards hopefuls. Will white be the only color on the red carpet?”

In other words, the story seems to imply, is there any way that Tyler Perry‘s For Colored Girls can make it into one or more of the competing Categories — Best Picture, Director, Actress, Supporting Actress — so we can at least say that the 83rd Oscars won’t be entirely white-bread? That sounds like a fair-minded solution. The problem, of course, is that directing-chop-wise Perry couldn’t hit the broad side of a barn with a double-barrelled shotgun if his life depended on it.

Heres’ another idea, AMPAS. Nominate Alejandro Gonzalez Inarrritu‘s Biutiful as one of Best Foreign Language Feature contenders, and then you’d have a Hollywood Latin flavor (Inarritu, Javier Bardem) to mix in with the vanilla.

Now that Sam Taylor-Wood‘s Nowhere Boy (Icon/Weinstein, 10.8) is finally opening, here’s an abridged recap of my original 10.29.09 review. I called it “a marginally effective, vaguely muffled chick-flick account of John Lennon‘s teenage years in Liverpool, circa 1956 to ’60. I’m not calling it dull, exactly, but Nowhere Boy‘s somewhat feminized, all-he-needs-is-love story just didn’t turn me on.

“Matt Greenhalgh‘s script is based on a memoir called ‘Imagine This‘ by Lennon’s half-sister Julia Baird. I understand that this was the key issue of Lennon’s youth, but the film didn’t sell me on this, and in fact seemed to be frittering away its time by focusing on it. Lennon’s anguish was primal enough (‘Mother, you had me but I never had you,’ etc.) but my reaction all through it was, ‘Okay, but can we get to the musical stuff, please?’

“Nowhere Boy boasts a relatively decent lead performance by Aaron Johnson. He doesn’t overdo the mimicry and keeps his Liverpudlian accent in check. And yet it’s a somewhat overly sensitive, touchy-feely rendering of a rock ‘n’ roll legend who was known, after all, for his nervy, impudent and sometimes caustic manner, at least in his early incarnations.

“I didn’t believe the hurting look in Johnson’s eyes. All those looking-for-love feelings he shows are too much about ‘acting,’ and hurt-puppy-dog expressions don’t blend with the legend of the young Lennon (as passed along by biographies, articles, A Hard Day’s Night etc.) Emotionally troubled young guys tend to get crusty and defensive when there’s hurt inside, and this was certainly Lennon’s deal early on.

“And Johnson is needlessly compromised, I feel, by a curious decision on Taylor-Wood’s part to create her own, reality-defying physical version of Lennon. She ignores the fact that he had light brown, honey-colored hair by allowing Johnson to keep his own dark-brown, nearly-jet-black hair. Nor did she have Johnson wear a prosthetic nose — one of the oldest and easiest tricks in the book — in order to replicate Lennon’s distinctive English honker. Where would the harm have been if they’d tried to make Johnson look more like the real McCoy?” 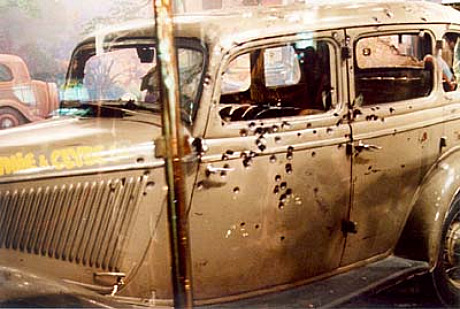 Yesterday’s recording of Oscar Poker, which runs just over an hour, included a visit from Box Office.com’s Phil Contrino and a discussion of how The Social Network and Let Me In performed at the box-office. (Apologies to Contrino for our failing to thank him sufficiently and give him a verbal hug as his report ended, but this an aural illusion due to a sound editing issue.) I sound obsessive at times, but that’s me. Awards Daily‘s Sasha Stone delivers her usual insightful, cut-to-the-chase commentary.

Here’s the iTunes Oscar Poker page, which for some dumb reason won’t stop identifying yesterday’s podcast as having originated on 9.26, as well as a straight mp3 link via Awards Daily.

NY Times media columnist David Carr is reporting that varied reactions to The Social Network are illustrating a gap in values between the GenY/younger GenX crowd and the older GenX-boomer set.

“Many older people will watch the movie and see a cautionary tale about a callous young man who betrays friends, partners and principles as he hacks his way to lucre and fame,” Carr notes. “But many in the generation who grew up in a world that Mr. Zuckerberg helped invent will applaud someone who saw his chance and seized it with both hands, mostly by placing them on the keyboard and coding something that no one else had.

“By the younger cohort’s lights, when you make an omelet this big — half a billion users — a few eggs are going to get broken. Or as the film’s artful tag line suggests, ‘You don’t get to 500 million friends without making a few enemies along the way.’

“‘When you talk to people afterward, it was as if they were seeing two different films,’ said Scott Rudin, one of the producers. ‘The older audiences see Zuckerberg as a tragic figure who comes out of the film with less of himself than when he went in, while young people see him as completely enhanced, a rock star who did what he needed to do to protect the thing that he had created.”