“Jeez, why so down on Jackass 3D?,” a journalist friend wrote last night. “I love those Jackass movies, and obviously so do millions of other folks. They’re the modern version of the Three Stooges, and I laughed as hard at Jackass II as I did at Borat. We all know stupidity sells, especially self-aware stupidity, so why is Jackass any more deplorable than Meet the Fockers or the 40 Year Old Virgin or, dare I say it, Woody Allen films like Sleeper or Take the Money and Run?

“I think there’s too much of an elitist ‘holier than thou’ attitude among critics and blogger-critics who feel it necessary to hold their nose when discussing Jackass. But not me — I love Jackass and Wildboyz and Viva La Bam, and I’m not ashamed to say it. I also love Billy Wilder and Ernst Lubitsch and Jacques Tati and Peter Sellers and Animal House and the Marx Brothers and Chaplin, etc. So who has the more narrow-minded love of film?”

Wells to Journalist Pal: All I can say is that from this side of the divide, hating the Jackass franchise feels wonderful.

I’ve only begin to dip into Lionsgate’s Apocalypse Now Bluray, but so far it’s glorious. The only problem (and this is entirely the fault of my system) is that the bassy explosion sounds are overwhelming the speakers on my 42″ plasma. (Dynamic range and all that.) I’ll never forget my first exposure to the magnificent sub-woofer vibration — like some great rumbling earthquake — that came out of the Ziegfeld speakers when I first saw AN in 1979.

This is my favorite still from the film. The instant I saw it projected onto the Ziegfeld screen I said to myself, “Vittorio Storaro is a serious rock star.” I knew he’d done beautiful work on Bernardo Bertolucci‘s The Conformist and Last Tango in Paris, but the Apocalypse Now photography was thrilling, gleaming, “extra.” 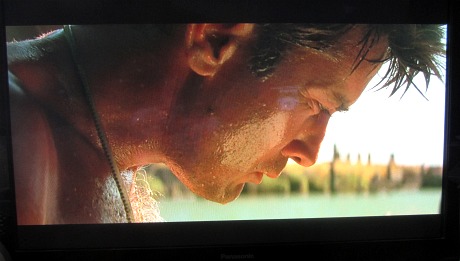 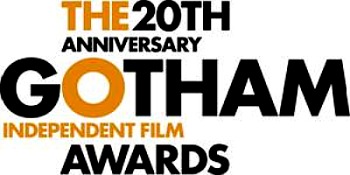 Tyler Perry‘s For Colored Girls is being promoted today with an online art gallery display designed by Lionsgate marketing director Tim Palen. The idea is to digitally animate eight portraits of Colored Girls actresses by making their eyes, lips and heads move as we hear dialogue from one of their scenes. This is way beyond the realm of Clutch Cargo, but the minimal-movement aesthetic triggered this association.

Palen’s “Living Portraits,” which he conceived of and directed, were shot on 35mm film.

I was surprised to discover that the 1.66 to 1 crop used in the new Criterion Bluray of Paths of Glory feels relatively satisfying. All I can finally say is that it looks “right,” as if 1.66 to 1 was the idea all along. And I sat down with this disc ready to dislike what I might see and totally prepared to complain. But it doesn’t look bad. None of the framings seem cramped or confined. 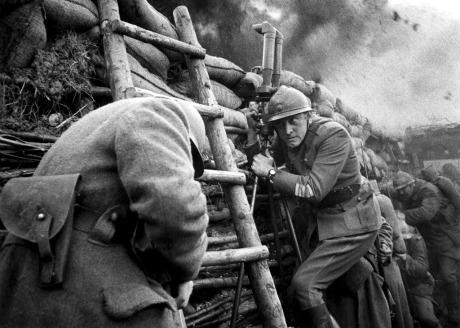 This is a significant admission for me as I’ve been a 1.33 to 1 aspect ratio purist all my life. I wrote in May 2009 that cropping Dr. Strangelove to 1.66, despite the 1.33 aspect ratio providing acres of luscious head-room, was unfortunate. And I’ve said time and again that the new Psycho Bluray is revisionist vandalism due to Alfred Hitchcock‘s 1960 classic having been cropped to 1.78 in order to fit high-def plasma and LCD screens, despite Psycho having been shown on TV for decades at a perfectly pleasing 1.33 to 1 shape.

A part of me would still prefer to see Stanley Kubrick‘s 1957 anti-war classic opened up to a boxier 1.33 to 1 aspect ratio. 1.33 framings are immaculate in my book because of the Hollywood Elsewhere extra-air-space and room-to-breathe headroom principle — i.e., the more space around and particularly above the actors heads, the more pleasing to the eye.

Criteron’s Bluray mastering is superb. It has grainy textures, but they’re acceptable to my eyes. The detail is improved, of course, and the monochromatic range seems greater than any version I’ve seen before (including 35mm projection). Those mild, mid-range grays seem more vivid and robust. And I love the heightened indications of moisture in the eyes of the soldiers, and the fibres on uniforms and overcoats coming through with greater clarity and relief.

Paths of Glory has never looked or felt as good as this. What a sensual bath this Bluray disc amounts to. Watching it is almost like lying on one of those portable fold-up tables and getting a facial. 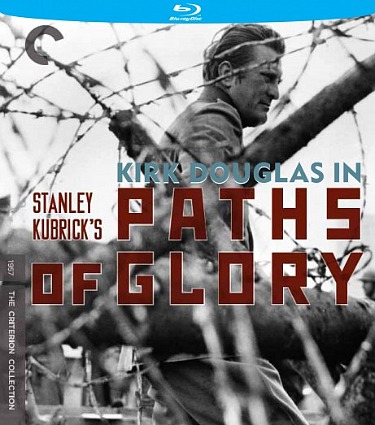 “We are in the era of Republican Mean Girls,” Maureen Dowd wrote in a 10.17 N.Y. Times column, calling them “grown-up versions of those teenage tormentors who would steal your boyfriend, spray-paint your locker and, just for good measure, spread rumors that you were pregnant.

“These women — Jan, Meg, Carly, Sharron, Linda, Michele, Queen Bee Sarah and sweet wannabe Christine — have co-opted and ratcheted up the disgust with the status quo that originally buoyed Barack Obama. Whether they’re mistreating the help or belittling the president’s manhood, making snide comments about a rival’s hair or ripping an opponent for spending money on a men’s fashion show, the Mean Girls have replaced Hope with Spite and Cool with Cold. They are the ideal nihilistic cheerleaders for an angry electorate.” 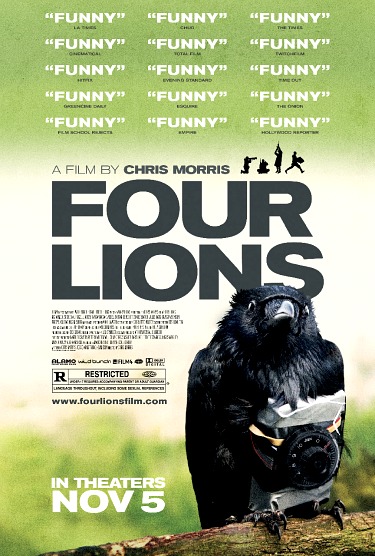