It don’t mean a thing if it ain’t got that visual swing. Indiewire‘s Anne Thompson needed to gently illuminate the left side of the face of Social Network star Jesse Eisenberg with a small table lamp. If she was lucky she might’ve achieved an early ’70s Vittorio Storaro quality. I realize they were chatting at the notoriously dark Musso and Frank, but they’ve got all kinds of little lamps in there. It’s a pre-war place, been there since 1919.

I’m picking up little signals from my insect antennae that suggest things are shifting in the awards race. Things always shift, of course. Nothing is static. And I’m not saying I have better information that anyone else — far from it. But over the last 7 to 10 days little tingly intuitions have been telling me that (a) The Fighter is about to break out big-time, (b) The Social Network is in a kind of level holding pattern — it hasn’t dropped or gained but people keep saying it’s too temperamentally cool and there’s no one to root for (bullshit…root for the smart guy who knows exactly what he’s doing!), and (c) The Kids Are All Right is slowly slipping down the slope.

Or maybe the movement is elsewhere and I’m not getting a reading. So I’m asking — what allegedly award-worthy films have been dropping or gaining ever so slightly?

I’ve been talking to various people outside the journalist-industry loop over the last few days, and one of the things I’ve been hearing (and I’m not saying this to cause any grief) is “why are people so in love with The Kids Are All Right? It’s okay but it’s not that great. And I don’t get the Annette Bening thing either.” I explain to them that there’s a certain novelty and intrigue in wading into the life of a bright, somewhat neurotic, upper middle-class professional gay woman who’s dealing with what she regards as a serious threat to her family, and also that there’s an industry consensus that Bening has lost twice before and is therefore “due.” And they seem unmoved when I say this. Mostly they say, “Okay, but she’s just all right…what’s the boola-boola?”

Cher‘s comeback is stillborn, apparently, and Christine Aquilera‘s film career is also dead on the tracks. “It’s been a while since I’ve seen a stinker as obvious as Burlesque,” Marshall Fine posted this morning. “As a colleague and I noted afterward, it made us long for something as coherent and restrained as Showgirls. Or Glitter. Not that there’s all that much difference.

“Burlesque is Showgirls without the redemptively gratuitous sex and nudity. Or 42nd Street without the originality,” he adds. “The script is free of credible friction or jeopardy. The club shows look like post-Bob Fosse knock-offs. There’s nary a surprise to be had, except for Christine Aguilera’s apparent misconception that she has acting talent. And that’s not really so surprising.”

Other critics were chiming in on a recently launched awards-season chatroom.

“Thanks to Burlesque we now have the answer to the question ‘which film ended the film careers of both Christina Aguilera and Cher?,'” one guy said. “Holy FRACK…did anyone see Burlesque?,” another exclaimed. “Crossroads with Britney Spears was better, for God’s sake. ” “Yeah, I saw it,” a colleague commented, “in a screening room full of critics who were laughing out loud at every other line…except for the jokes.”

“I had a friend who was an insider at Screen Gems who told me months ago — I’m not making this up — that Clint Culpepper was gearing Burlesque up as their entry for the Oscars and wanting to get Cher another nomination…it was hard not to remember that as I watched that piece of crap.”

Another guy said, “Aaah, c’mon — Burlesque was fun. it’s totally disposable and derivative, sure. but it had some fun moments (mostly thanks to Cher and Stanley Tucci). I guess it’s the type of movie that critics love to savage regardless of whether or not it’s fun for what it is.”

In response to this a colleague wrote, “Stop it…stop it right now. It is not fun. It is pure torture aside from the unintentional laughter. How dare that movie be a full two hours filled up with absolutely nothing!?”

It was reported yesterday (but detected only a few hours ago by yours truly) that director George Hickenlooper accidentally offed himself “due to…mixing alcohol and painkillers,” according to an 11.22 story on Denver’s KDVR.com. An email received early this morning attributed his passing to “an overdose of ethanol and oxymorphone” killed him; a subsequent message claimed he died “of an overdose of alcohol mixed with a pain killer called Opana, which is a variation of Oxycontin.”

A 3.12.09 N.Y. Press story described Opana as “a powerful painkiller that went on the market less than two years ago [and] is twice as strong as OxyContin, with a potential for addiction that rivals the prescription drug that has ravaged the lives of thousands of abusers.”

I’m sorry but my reaction is one of disappointment. Mixing alcohol with any prescription downer is known the world over to be highly dangerous. If it turns out that Opana was in fact the substance George had in his system, how can the word “reckless” not apply to his mixing that and alcohol?

Hickenlooper was reportedly found dead in an apartment in or near downtown Denver on October 29. The world learned of his passing on Saturday, 10.30. (I had just returned from the mild-mannered Jon Stewart-Stephen Colbert rally in Washington, D.C.) In a statement Colorado governor-elect John Hickenlooper, George’s cousin, said he died of “apparent natural causes.” 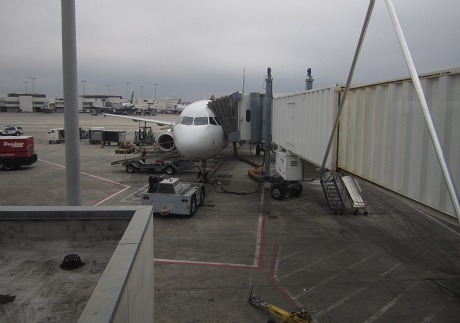 Last night was one of those nights when you have four or five topics stacked up like planes circling an airport, and you can’t post a damn thing. That happens. This week’s a wash anyway — two work days — so HE’s Thanksgiving “vacation” starts today. There will never be a vacation, of course — the column never sleeps. Sitting in Charlotte, North Carolina, right now, and about to leave for San Francisco. 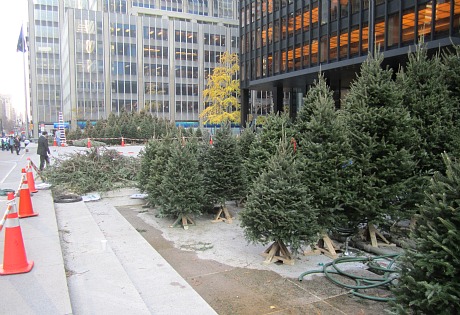