I’ve been feeling a little Barry Lyndon-ed out. I’ve seen it too many times. I’ll be taking home the Bluray when it appears sometime next year, of course, but I’ve been wondering how much I can really get into it. Even the greatest films have a saturation point. But I’ve been watching a French-language version over the last hour or so, and somehow it’s come alive again. Removing the dialogue prods the viewer into focusing on that which was always the strongest suit to begin with.

Every so often a Manohla Dargis review feels as ravishing or transporting as the film she’s making out with. I have my reactions to Black Swan fairly well sorted, but her impressions turned on a current I hadn’t fully felt or relished, or whatever the right term is. She made me want to see it a fourth time.

Black Swan “surprises despite its lusty or rather sluttish predilection for cliches,” she says at the halfway point. “[These] include the requisitely demanding impresario (Vincent Cassel makes a model cock of the walk) and Nina’s ballerina rival, Lily (Mila Kunis, as a succulent, borderline rancid peach). But, oh, what Mr. Aronofsky does with those cliches, which he embraces, exploits and, by a squeak, finally transcends.

“Such is his faith in his ability to surmount the obvious (and the lethally blunt) that he turns Nina’s mother, Erica (a terrific Barbara Hershey), into a smother-mother who out-crazies Faye Dunaway‘s Joan Crawford in the mommy dearest department. You don’t know whether to laugh or shriek (both are reasonable responses), and it is this uncertainty and at times delicious unease that proves to be Mr. Aronofsky’s sweet spot.

“It’s easy to read Black Swan as a gloss on the artistic pursuit of the ideal. But take another look, and you see that Mr. Aronofsky is simultaneously telling that story straight, playing with the suffering-artist stereotype and having his nasty way with Nina, burdening her with trippy psychodrama and letting her run wild in a sexcapade that will soon be in heavy rotation on the Web.

“The screenplay, by Mark Heyman, Andres Heinz and John McLaughlin, invites pop-psychological interpretations about women who self-mutilate while striving for their perfect selves, a description that seems to fit Nina. But such a reading only flattens a film that from scene to scene is deadly serious, downright goofy and by turns shocking, funny and touching.”

It’s been made clear that Florian Henckel von Donnersmarck‘s The Tourist (Sony, 12.10) is a straight diversionary entertainment. And yet expectations certainly kicked up a notch when it was announced last August it would open in December rather than a previously slotted opening in early 2011, and it was hard to dismiss the idea that the hand of von Donnersmarck, director of The Lives of Others, might yield something extra.

The Johnny Depp-Angleina Jolie film was junketed a day or two ago in Paris, but I’ve read nothing about it, not even a tweet. And it won’t screen domestically until Wednesday, 12.8, or two days before it opens. If it was good enough to be rescued from a late winter or spring 2011 debut, why isn’t it good enough for someone to say at least something in the wake of the Paris junket screenings? How could a director as assured and impassioned as von Donnersmarck fail to deliver at least a moderately passable thriller?

“I loved Florian’s first film and he was a jolly chap when I spoke with him [for an inteview],” a friend wrote yesterday, “but this kind of late reveal doesn’t bode well.

Have I missed something?

A little more than two years ago I read that Johnny Depp would play Tonto in a Jerry Bruckheimer-produced feature of The Lone Ranger. I was hoping this ghastly idea would kind of go away, but it hasn’t — it’s going to start shooting later this year under director Gore Verbinski.

Those who pay to see Black Swan this weekend will be the first to catch a new trailer for Terrence Malick‘s Tree of Life (Fox Searchlight, 5.27). It’s not quite 3 pm in New York, but any impressions would be appreciated. I wish I had the option instead of being stuck inside of Mobile with the Memphis blues again. 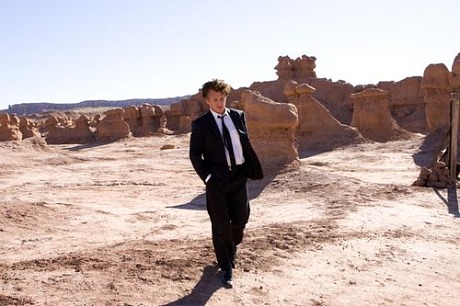 “No dinosaurs,” Zeitchik reports. I can understand that. There’s been too much dino talk all along. I’m as guilty as the next guy. Time to tone it down.

The trailer “begins with several mystical shots of smoke and fire before diving into the birth of young Jack. We soon track a boy playing with bubbles, roughhousing with his brothers and engaging in other boyhood activities in a Mayberry-esque town circa the 1950s.” Mayberry?

“There are two ways through life,’ Jack’s mother (Jessica Chastain) says. “The way of nature and the way of grace. You’ll have to choose which one you’ll follow.” Fairly stated “But Jack’s father (a convincingly severe-looking Brad Pitt ) is a domineering sort who, over the objections of his wife, is constantly telling his son things like ‘Always be strong, always be your own man.’

“A little more than halfway into the trailer we see the first cut of a troubled grown-up Jack, which is pretty much when the trailer takes a turn into an epic, unnamed crisis. Jack is going through something tough, and while we don’t know what it is, we see him dealing with it, seemingly alone, against stark and painterly backdrops.

“Interpolated into the trailer are all kinds of this sort of visual poetry — shots of vast landscapes and religious half-light and spinning planets, along with one very weird shot of what could be a lunar (but is more likely a prehistoric) dark landscape. Earth’s basic elements are also a motif: cascading water, leaping flames, etc.

“And then there’s the trailer’s best shot: a square-on look at the bottom of a baby’s foot that signals Jack’s arrival into the world.”

The trailer “feels a little portentous — we don’t really know what crucible the grown-up Jack faces, so when his mother can be heard in a voice-over saying things like ‘without love, life flashes by” while the music crescendos, it’s a little unclear what the to-do is about. Still, a good trailer satisfies and piques in equal measure, and that’s pretty much what you’ll feel upon finishing this one: a sense of excitement about what Malick has just shown you and a sense of curiosity about what lies behind it.” 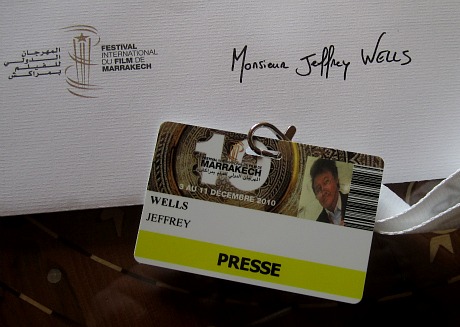 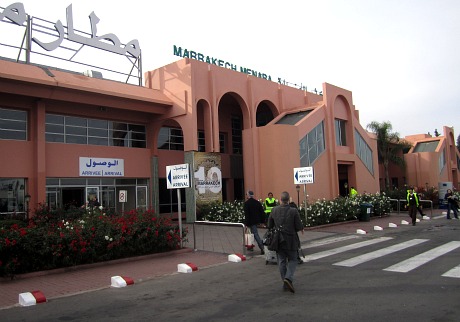 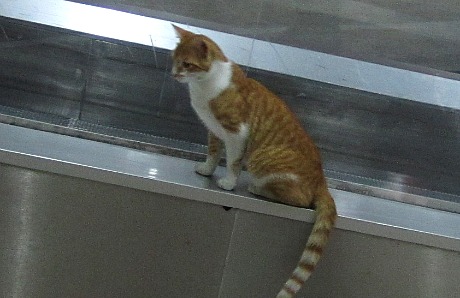