With all the Oscar hurly-burly and being back in LA I didn’t notice that Universal Home Video’s long-awaited Out of Sight Bluray is on the shelves. (Calling Evan Fong!) Those DVD Beaver captures of Clooney gave me a jolt. He looks 26. He was actually 36 when they shot it in ’97. 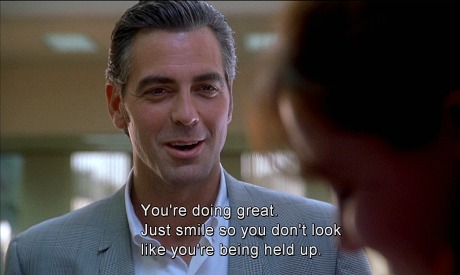 Capturing from livethesheendream.com. And here’s the new twitter page. 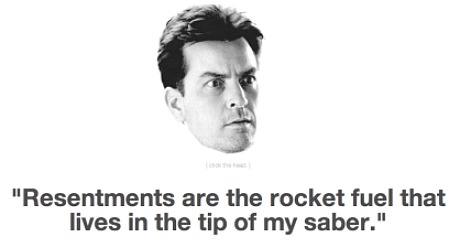 The grunt, I presume, is staring at an alien mother ship in the Battle: LA poster. Which looks to me like the same alien mother ship, with modifications, that appeared at the end of Close Encounters of the Third Kind. Which also inspired the industrial-spoke design of the mother ship in District 9. And to some extent the look of the super-tanker Nostromo in Ridley Scott‘s Alien. Would it kill production designers of these films to design spacecraft that looks like it came out of a 1936 Flash Gordon serial? Or out of Forbidden Planet? 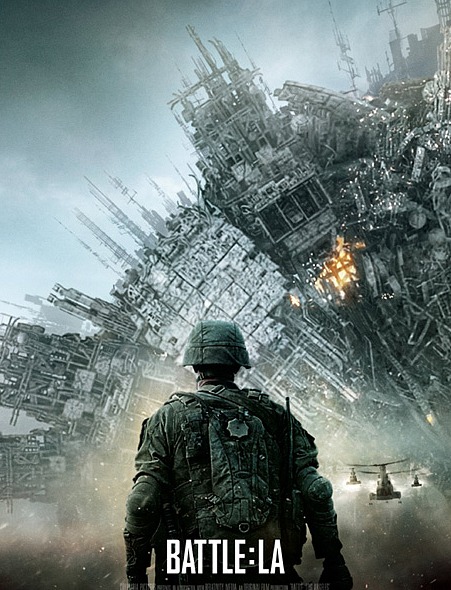 I never got around to mentioning the other thing that happened on Oscar night. I was so beside myself with frustration at HE’s traffic-overload slowdown (and also Tom Hooper winning the Best Director Oscar) that I stupidly squirted some blue minty mouthwash into my left eye. The burning sensation was so intense that I almost collapsed on the floor of the Starbucks I was sitting in. The mouthwash was in one of those little plastic mini-bottles that they sell in liquor stores. They feel the same and are roughly the same size as a bottle of Refresh that I had with me. 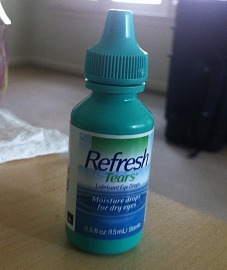 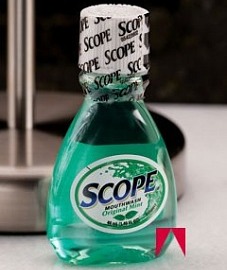 Below are the final Gurus of Gold Oscar prediction accuracy rankings, top to bottom. I’m not smirking at David Poland for being dead last because deep down he, like myself and a couple of others, is more of an advocate than a tea-leaf reader. He may fancy himself as someone who insightfully “reads” the town because he’s a hotshot know-it-all columnist, but even with my fuck-it attitude about predicting I got more right (i.e., 14) than he did (10). Go figure.

Poland posts Guru predictions all through Oscar season, but he never releases the final results and rankings. One could surmise he fails to do for obvious reasons because he often does poorly, but guessing (or failing to guess) who will be voted Best Looking, Best Personality, Class Clown and Most Likely to Succeed is no sterling achievement.

The Guru-only pecking order is as follows:

Stephen Pizzello wrote the following about Charlie Sheen on Facebook this morning: “[Here’s] hoping Delphine and I will run into Charliesoon so we can party with that guy. In his own words, he’s on a ‘mercury surfboard’ and ‘a rocketship to the moon’ while battling the ‘earthworm’ executives at CBS, whom he’s threatened to pummel with his ‘fire-breathing fists.’ Say what you will, but the man is a one-man machine of timeless quotes.”

After his Santa Barbara Film Festival appearance I remarked that James Franco “was so Zen and relaxed and articulate in a kind of shoulder-shrugging way that he wound up seeming like the coolest, most spiritually together guest this festival has ever hosted.” Obviously this quality didn’t work as well when Franco co-hosted the Oscars. The consensus, clearly, is that he bombed. His stock has dropped. The thing he seemed to have going in doesn’t seem as cool now.

Yesterday afternoon TheWrap‘s Steve Pond reported an interesting observation from an Oscar staffer who watched Franco and co-host Anne Hathaway during rehearsals. The staffer “suggested that Franco knew he was unsuited to be an Academy Awards host, and so decided to be ‘too cool for school…and hope that he could come off as the James Dean version of Sonny to Anne’s perky, Mary Tyler Moore version of Cher.'”

Franco wasn’t high, despite widespread suspicions to the contrary. He made it clear in Santa Barbara that he doesn’t drink or do drugs, and a good friend who knows him well repeated that fact this morning. “He was totally sober and that was him, same as in Santa Barbara,” she wrote. “Did they think they were going to get something different?

They expected an emcee with some flash and dash, I replied. Franco was just his cool serene self, I get that, fine…but the community saw this as spacey or aloof or otherwise “not there.” They felt that what he did/projected wasn’t enough.

“If Franco and his people are smart, he’ll talk to someone like me today and try and chill things out,” I added. He could/should declare definitively that he wasn’t baked on Oscar night and that he never lights up anyway. The point that everyone has been making, I realize, is that he conveyed a buzzed quality with or without nature’s fortification. Either way he needs to spin this a bit.

At first the music-clip repetition in this David Fincher tribute reel threw me, but then I realized it’s kind of a vinyl scratch mashup, which fits right into the Fincher mood-style pocket. But none of this mattered the night before last because Fincher doesn’t do the cuddly, warm-hearted thing as well as Tom Hooper. Copy that.