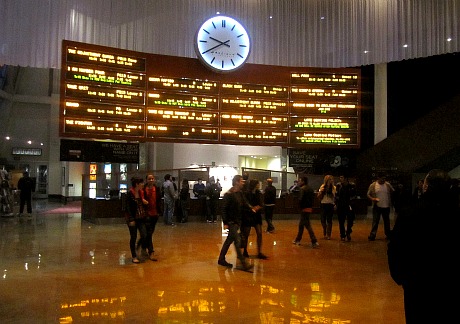 It’s all about the present and the future now — no more looking back. Awards Daily ‘s Sasha Stone, Boxoffice.com‘s Phil Contrino and I talked this morning about Rango, that American Idol idea for the Oscars, Matthew McConaughey and The Lincoln Lawyer, Battle: LA, Charlie Sheen and I forget what else. Here’s a non-iTunes, stand-alone link.

“Contrary to what those in power would like you to believe so that you’ll give up your pension, cut your wages, and settle for the life your great-grandparents had, America is not broke. Not by a long shot. The country is awash in wealth and cash. It’s just that it’s not in your hands. It has been transferred, in the greatest heist in history, from the workers and consumers to the banks and the portfolios of the uber-rich.

“Today just 400 Americans have more wealth than half of all Americans combined.

“Let me say that again. 400 obscenely rich people, most of whom benefited in some way from the multi-trillion dollar taxpayer bailout of 2008, now have more loot, stock and property than the assets of 155 million Americans combined. If you can’t bring yourself to call that a financial coup d’etat, then you are simply not being honest about what you know in your heart to be true.

“And I can see why. For us to admit that we have let a small group of men abscond with and hoard the bulk of the wealth that runs our economy, would mean that we’d have to accept the humiliating acknowledgment that we have indeed surrendered our precious Democracy to the moneyed elite. Wall Street, the banks and the Fortune 500 now run this Republic — and, until this past month, the rest of us have felt completely helpless, unable to find a way to do anything about it.”

I’ll be seeing Gore Verbinski‘s Rango in an hour or two. Partly because Phil Contrino mentioned earlier today that it has several Chinatown echoes. David Poland has written that “it’s a western homage ranging from High Noon to Star Wars with plenty of Budd Boetticher in the mix…[it] freely steals from every corner of film and culture.” And yet, according to Contrino and others, it’s gotten a lousy C-plus grade from CinemaScore audiences. Adults, in particular, didn’t enjoy the ride, with 25-and-overs giving it a C. What’s going on here?

The naysayers, I’m guessing, are parents who brought their kids expecting something a little less referenced and more kid-friendly. I’ll know more in a few hours.

I was told this morning that the Hollywood blogerati have seen Battle: LA (Sony, 3.11), but are review- embargoed. The L.A. all-media happens on Tuesday. I’m presuming it will at least rank as a passable alien-invasion flick with suitable, or possibly better-than-suitable, CG. The presumption about content, on the other hand, is that it’s going to be a thought-free, spook-cut, herky-jerky wankathon that will spin your brain and eyes and leave you vibrating. I thought Aaron Eckhart might make a difference, but this is a Harvey Dent payday.

I’m a bit skeptical (forgive me) knowing that director Jonathan Liebesman (Killing Room, Texas Chainsaw Massacre: The Beginning) has shown no signs thus far of being invested in the James Cameron approach to audience movies, which is to do the heavy lifting on the script (developing a theme, sharpening the dialogue, creating well-motivated characters) before jumping into the visual power-punch stuff. Will it be better than Skyline? That’s all I have to ask.

“If Charlie Sheen had an Air Force, he would be Qaddafi.” — Gloria Steinem on the most recent (i.e., currently airing) episode of Real Time with Bill Maher.

Six days ago Time‘s Richard Corliss reprised a suggestion originally made by Jamie Stuart (posted as a Hot Blog comment on 9.1.09) that the Oscar show “needs to adopt a Top Ten, American Idol-like framework, gradually counting down from #10 to #1 throughout the program to create suspense.”

We all know why this idea will never fly with the Oscar-show producers. One, the makers of the films to be eliminated early on would feel insulted (despite the obvious honor of being Best Picture nominated in the first place), and two, the Academy would be indicating proportionate vote tallies by staging a preferential countdown, and they never indicate anything. And I hear that.

But at the same time this is why the Oscar show as we’ve known it is dying on the vine. However they tweak it to try and reach under-30 viewers, it is basically (and always will be) an older person’s presentation of pomp — a stately, hide-bound, proscenium-arch event produced each year with an amiable mule-like mindset and an instinctual deference to the-same-but-slightly-different. They may deny it, but the people running that show have always felt a responsibility on some level to never let the Oscars become a show that the ghost of Bob Hope wouldn’t recognize.

Corliss is right — a Best Picture elimination scheme would “add welcome suspense” and perhaps be “too entertaining.”

The vast majority of moviegoers out there see going to the movies as akin to visiting a theme park. Just as the vast majority of producers working for the big studios see their job as producing theme-park-like entertainments. There’s obviously a slot for this kind of thing, and there’s obviously an economic necessity to keep this kind of crap coming. But too many people go to movies looking only for cheap highs and jerk-off diversion. And these people — hear my call and mark my words — are the problem, and the only way to properly regard and produce the friggin’ Oscar telecast is to tell these people to get off the Oscar lawn.

Academy honcho Tom Sherak needs to man up, Clint Eastwood-in-Gran Torino style, and say the following to everyone within earshot: “Movies are a religion, and whether some of you get this or not, going to see the best movies — not the Battle: Los Angeles-type films that happen in the late winter, spring and summer but the end-of-the-year quality stuff — is the same thing as going to church and, in a manner of speaking, taking Holy Communion. They’re about values (philosophical or otherwise) and emotion and contemplation and quality of life and spirit. And that’s what the Oscar show needs to be — superficially a muscle-car thing about discipline and smarts and non-draggy pizazz, but primarily a deep-water thing about spirit and soul.

“Everything that happens on the show, including the funny stuff, has to be some kind of reflection of the satori aspect. The Oscar show needs to be the biggest Unitarian movie-church service of the year, and if that means that not as many atheists and agnostics will watch, good. But they will watch, you see. Because even the shallowest people out there understand that the best movies contain and in fact propel notions of spirit and emotion and profound transcendental recognition.”

For the last couple of years I’ve been using a Canon PowerShot SD 1400 IS for fine-quality 14 megapixel stills and 720p video. But I’ve been waiting all along for the next one with 1080p video, and now it’s here — the Canon PowerShot 300 HS. It has 12.1 megapixels but with a slightly more sensitive processor, a high-speed burst capability when taking stills, a zoom capability while shooting video, and slow-motion video. It’ll ship in less than two weeks. 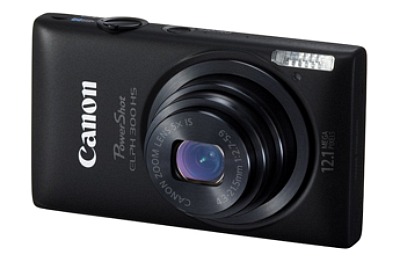