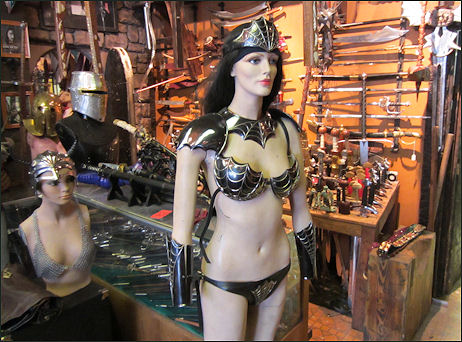 Today I took my samurai sword to be sharpened at The Sword and the Stone (723 Victory Blvd., Burbank), the greatest ancient weaponry store (newly crafted “old” swords, medieval and Roman helmets, breastplates, hand-hooks) and hot medieval bikini-babe fantasy environment I’ve visited in months, if not years. The blade of my samurai sword is now razor sharp. If anyone breaks into my place I’ll chop his hand off and open him up like can of beans. 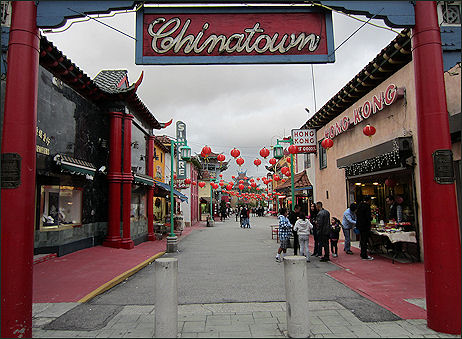 Gittes: “Tell me, are you still puttin’ chinamen in jail for spittin’ in the laundry?” Escobar: “You’re a little behind the times, Jake. They used steam irons now. Besides I’m not in Chinatown any more.” Gittes: “Oh, yeah? Since when?” Escobar: “Since I made lieutenant.” 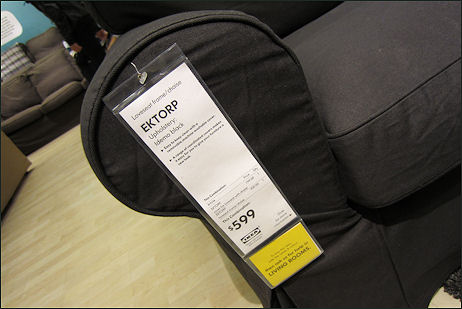 Fight Club author Chuck Palahniuk and David Fincher told us to stay away from Ikea. But that’s where I go when I need a couch that I can afford — a new one, I mean, that doesn’t smell like someone else. 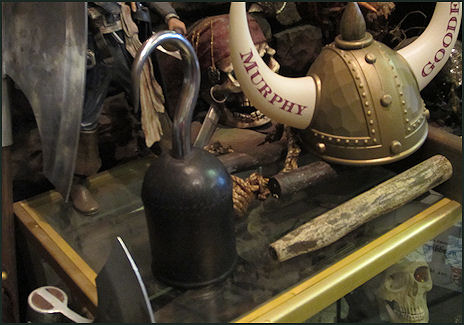 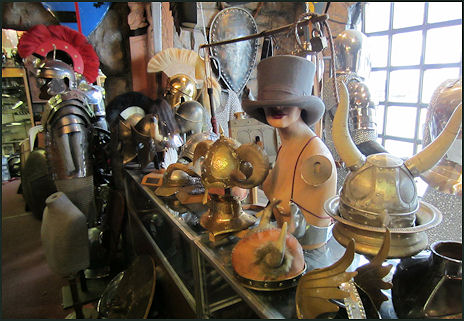 One question: where did Lewis Black get that ’70s tie? It’s like a satin shawl.

Listen to this fascinating discussion of the impossible-to-swallow, fantasy-projection finale of Martin Scorsese‘s just-restored Taxi Driver by Slate‘s Dana Stevens and John Swansburg. It feels like a two-character play about a gap in comprehension among two extremely bright observers, and how they can absorb every detail of a classic film and still miss something really obvious. 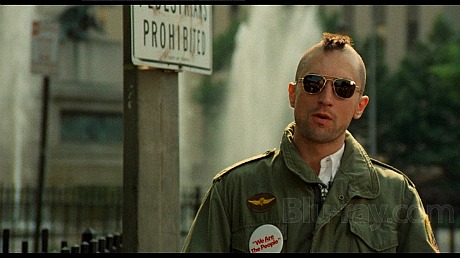 Stevens and Swansburg list all the incredulous stuff during the film’s final minutes — tabloid news stories describing Robert De Niro‘s East Village whorehouse shootout as “heroic,” Jodie Foster‘s parents writing to thank him for saving their daughter, Cybil Shepard getting into his cab out at the very end and giving him admiring looks, De Niro’s Mohawk haircut completely grown out two or three months later — and they still can’t accept and in fact half-dismiss that the dreamlike coda is fantasy. Why? Because there hasn’t been any “precedent” or “cue” for a fantasy sequence. Swansburg actually calls it “a little bit of a false note.”

If I never see another movie about fierce and growly Asian guys leaping around and fighting each other with swords, it’ll be too soon. I’m serious. If powerful forces were to sent a rep to my door with this message — “You will never again see another Asian-machismo sword-fight movie in your life” — my answer would be, “Okay…I can live with that.” And I’m saying this as someone has has three real-deal swords in his apartment, including a samurai sword.

I’ve always respected and admired director Todd Haynes, and I realize that Mildred Pierce (Sunday, 9 pm) has been well-reviewed, and I accept that I’ll be seeing all five episodes…but I just can’t get it up so far. I respect James M. Cain but I don’t relate to women-suffering-in-the-’30s atmosphere. Plus I didn’t get any screeners or screening invites and…I don’t know. I just don’t feel involved.

President Obama will explain the Libyan adventure early Monday evening. Most people support limited military action to take out the bad guy and prevent the killing of civilians, especially if it doesn’t drag on for years and cost hundreds of billions. It seems to me that for the first time in I-don’t-know-how-many-decades, U.S. military action is actually up to something half-good.

Diary of a Wimpy Kid: Rodrick Rules will be the weekend champ by Sunday night with a likely $22 million and change, according to boxoffice.com’s Phil Contrino. And the deeply loathed Sucker Punch, which made $8 million yesterday, will come in second with about $20 million, and possibly a bit less than that.

The Lincoln Lawyer — a nice score for all concerned and particularly Mathew McConaughey — will come in fourth with approximately $10,300,000 and a two-week cume of $28,267,183, give or take.

And Tom McCarthy‘s Win Win, by far the best film out there right now, is in limited release and doing well given the potential audience, but is basically making nickels. It’ll gain ground as it expands, of course.