Here’s a rundown of all the movies, DVDs or Blurays, TV shows (i.e., Man From Uncle episodes), books and screenplays consumed and paintings painted by Steven Soderbergh from 2.1.10 through 3.23.11, day by day. The coding is as follows:

Update: Apologies for missing the original posting. The list initially came from an encounter that Kurt Andersen had with Soderbergh at Pratt Institute.

With Sony distribution joining forces with MGM, the James Bond franchise (presumably in the form of Bond 23 with Daniel Craig starring and Sam Mendes directing) is alive again. On 10.5.12 the 007 franchise will be a half-century old. It won’t die. I thought the brand was over when George Lazenby came along, but the dry comedic tone of The Spy Who Loved Me re-energized it. Then I thought it was over 20 years ago and along came the Pierce Brosnan phase. And then Casino Royale revived things again. So what do I know? 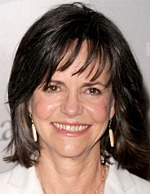 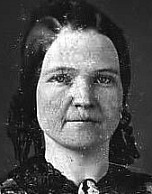 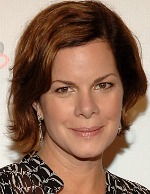 So Confessions of an Eco-Terrorist might possibly be seen at what upcoming special venue or festival…? And the name or email address of the publicist handing out press screeners is…? Here‘s an article about it from the L.A. Times Dean Kuipers.

In a recent interview to promote The Conspirator (American, 4.15), director Robert Redford said that “the country is made up of three categories.” And yet his description of same differs from HE’s preferred Planet of the Apes breakdown — gorillas (i.e., skilled labor, working-class, K-Mart employees, Tea Party), chimps (educated professional class) and orangutans (governmental-financial ruling elite).

The three categories, says Redford, are “traditionalists, cultural creative people and the moderns. The moderns are the hi-tech Silicon Valley people. The traditionalists on the lower end of it are the people who don’t want change. They’re afraid of change therefore they have anger. The fear card is a very big powerful card and when you have people afraid of change. They’ll do anything to prevent it. They’re doing it because they’re limited, frightened of people who are not as limited. I think Sarah Palin…part of her strength is how limited she is.”

The “cultural creative class” (of which Redford is a part) is another term for genuine creatives, X-factor urbans and property-owning elite living in photogenic, selectively developed backwaters.

From Huffington Post contributor Steven Weber: “The Right’s relentless and confounding opposition to President Obama can be explained by paraphrasing Arthur Conan Doyle‘s famous detective: when you have eliminated the impossible, whatever remains, however improbable, must be the truth.

What explains “the Right’s almost carnal embrace of apocalyptic rhetoric and unprecedented displays of nonsensical and stunningly counter intuitive/hypocritical/contradictory behavior since his inauguration?

What explains “the suddenly awakened consciences of the conspicuously caucasian Tea Baggers who, rather than easily grasp that the causes they trumpet are actually empirically proven to be detrimental to their own interests, opt instead to bleat banal credos which sound superficially like rousing cries for ‘smaller government’ and ‘accountability’ but what are in truth thinly veiled, virulent, recidivistic expressions of deep-seated racism?

What explains “the constant howl of birthers, death panelers, gun fetishists, Islamophobes and other vendors of dystopic delusions, all of which happen to have a boogie man at the core of their night terrors?”

You need to ask?

18 Comments
I Waited and Waited 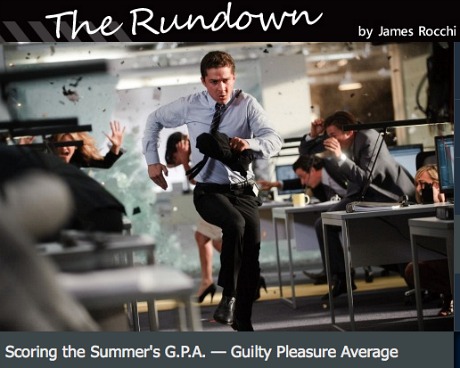 Earlier today: The night before last (i.e., the evening of 4.11) MSN’s James Rocchi asked his online pallies to submit guilty pleasure pics opening between now and August. I asked when the piece would appear so I could post a link + excerpt. Rocchi figured it would go up sometime yesterday…but it didn’t. And it hasn’t gone up today either.

I’m sorry but in this era of instant worldwide expression the idea of writing something and having it gestate and cool its heels off-screen for 48 or more hours seems ridiculous to me. Online articles are like fresh fruit — once they’ve been picked off the tree they need to be eaten. An un-posted story gets a little bit weaker with each passing hour. Savoring the robust flavor is all.

So the hell with it. Rocchi’s MSN editors have taken too long. Consider this an advance taste of Rocchi’s forthcoming article to come (i.e., the real thing), when and if the MSN team gets around to posting it. Here’s what I sent along:

“My #1 guiltiest anticipated pleasure of the April-to-August period is JJ Abrams‘ Super 8 (6.10) because I’d like to re-experience the pleasure of those old feelings I had 30 years ago when Steven Spielberg held mountains in his hands and I was a loyal devotee who really admired him….unlike today.

HE theories about Rocchi’s editors: (a) They’re holding on to institutional editing patterns that are left over from the ’90s; (b) The editors have suddenly decided to fly to Hawaii together for a corporate get-together and outdoor picnic; and (c) a cat belonging to a top copy editor has disappeared, and he’s been spending a lot of time walking around his neighborhood going “here, kitty-kitty!” and putting up flyers and telling his neighbors that she’s missing.

Being a huge fan of Robert Weide‘s Lenny Bruce and Mort Sahl docs, I’m delighted that he’s assembled a three-hour “American Masters” Woody Allen doc that will air this fall on PBS.

Cynthia Littleton‘s 4.13 Variety story says that Woody Allen: A Documentary will cover the whole magilla (childhood, early career as a TV writer and standup comic, What’s Up, Tiger Lily?, Louise Lasser, What’s New, Pussycat?, the stage play of Play It Again Sam) through his most recent pic, Midnight in Paris, which will open the Cannes fest next month.

“The prolific nature of Woody’s output has provided me with an embarrassment of riches,” Weide told Littleton. “Even with three hours at my disposal I feel the heartbreak of all the things I have to leave out. In fact, Woody will have made three features just in the time it’s taken me to make this one documentary.”

Things he’s going to leave out? Like what? He’s got three hours to fiddle with.

Allen, meanwhile, has locked down a cast for the Rome-based feature that he’ll shoot this summer — Jesse Eisenberg, Ellen Page, Penelope Cruz and Alec Baldwin. (The Eisenberg casting is hilarious — on his own steam JE is the GenY embodiment of Allen’s attitude, personality and philosophy.) I’m just hoping that the untitled film will at least try to use backdrops like the Foro Romano, the Colliseum, Campo di Fiori, Vatican City, Trastevere, etc. in an atypical way.

What are you supposed to do with horrible parental guilt that you can’t deny or ignore? Dramatically, I mean? All you can hope to do is…what, do or create something that will somehow counter-balance the bad thing? That’s as far as my thinking takes me. 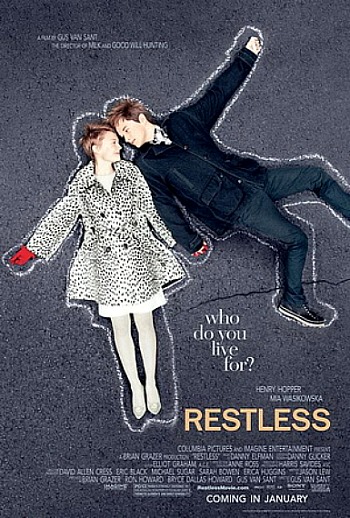 Rob Cohen‘s The Fast and the Furious (’01) was a moderately satisfying car-chase film with an unusually fine ending — i.e., Paul Walker, an undercover cop, making good on a promise by allowing the felonious Vin Diesel to skip at the end by giving him keys to a muscle car. It was a finale about character, friendship, guy-to-guy values and faith.

And then it was down, down, down into the toilet-bowl remake cycle with a trilogy of Fast films that downplayed character in favor of exhaust pipes, roaring engines and stunt-driving razmatazz — 2 Fast 2 Furious (’03), The Fast and the Furious: Tokyo Drift (’06), Fast & Furious (’09).

And now we’ve got Fast Five (Universal, 4.29), the fifth in the series and the third Fast film directed by Justin Lin, whose last truly decent film, Better Luck Tomorrow, came out nine years ago. The Sundance version, I mean, with the dark-but-honest amoral ending. Lin copped out on that and re-cut it under pressure from Paramount Pictures before Tomorrow was released.

Key question: To what degree will Jordana Bewster disrobe, if at all? This is a guy film, after all, so it’s not unreasonable of me to ask.

Why is it that the increasingly insane car-chase sequences in all of these films have never quite turned me on the way Peter Yates‘ car-chase-in-San Francisco scene in Bullitt does? I’ll tell you why. Because the driving and shooting in the Bullitt scene looks and feels “real.” Because the Bullitt chase is not some cyborg CG video-game bullshit fantasia. Because it isn’t edited to death and you can hear the shock absorbers collapsing and the chassis aching and groaning when the cars come crashing down on the street, and because on some level the cars look as human and vulnerable as the drivers, and because the metal hubcaps (which no longer exist except on classic old-time muscle cars) go flying off and into the street from time to time. It’s so effing beautiful, that scene.

My favorite car movie after Bullitt is still Dominic Sena and Jerry Bruckheimer‘s Gone in 60 Seconds.