In this odd sliver clip from Alexander Payne‘s The Descendants (Fox Searchlight, 12.16), George Clooney‘s Matt King character doesn’t run like a guy who runs in the morning for exercise, but like an ostrich. Plus Clooney is back to his Good German weight. Plus the ukelele on the soundtrack. All in the details.

The LA-NY film journo gang got together last night at La Pizza and traded the usual high-spirited patter & chatter & razmatazz. Spirits were raised about Woody Allen ‘s Midnight in Paris and lowered somewhat about Paolo Sorrentino‘s This Must Be The Place due to its being slated to screen on Friday, 5.20 — a dead-last slot that sometimes indicates that the Cannes programmers had somewhat mixed feelings about it when they planned the schedule. But maybe not. 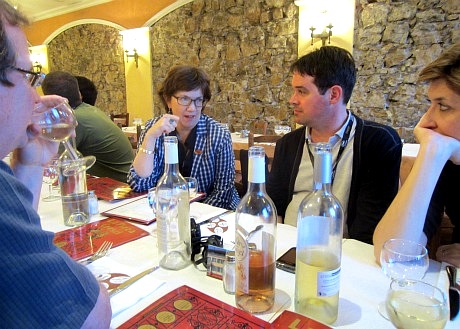 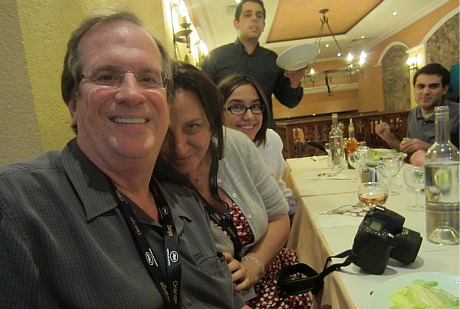 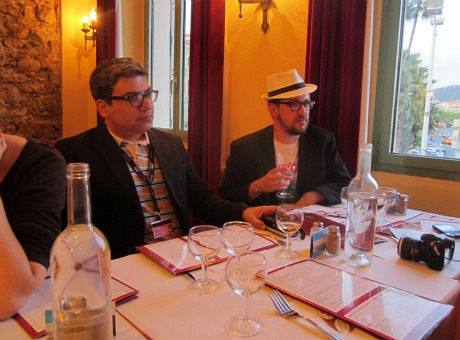 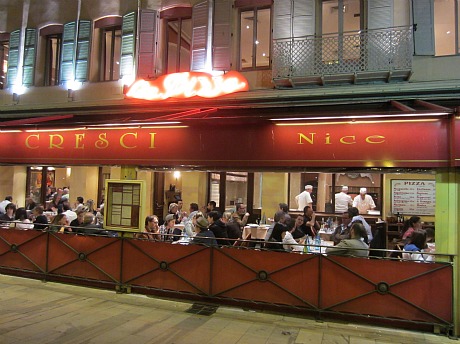 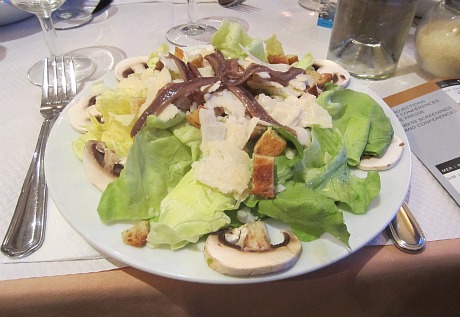 For nearly my entire life I’ve been on extremely familiar terms with John Robie’s (i.e., Cary Grant‘s) mountaintop home in To Catch A Thief. Yesterday Sasha Stone and her daughter Emma and I actually visited the place. It’s located on the main road leading up to the medieval village of Saint Jeannet, and it’s absolutely dead real — relatively unchanged from when Alfred Hitchcock shot his classic 1955 film — with only the addition of a driveway gate and a tall thick hedge in front. 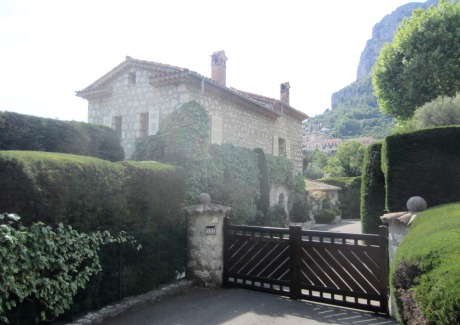 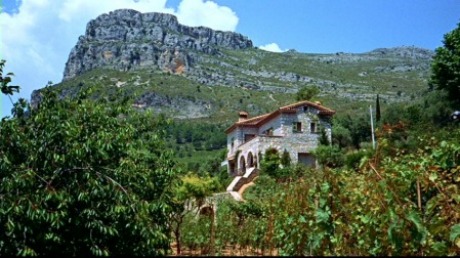 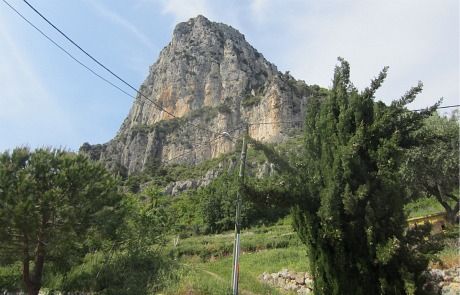 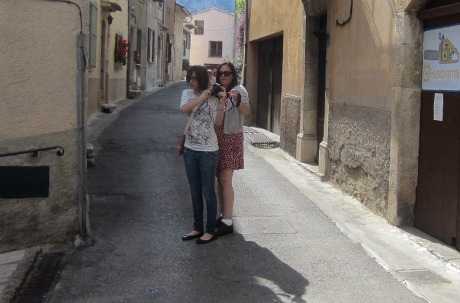 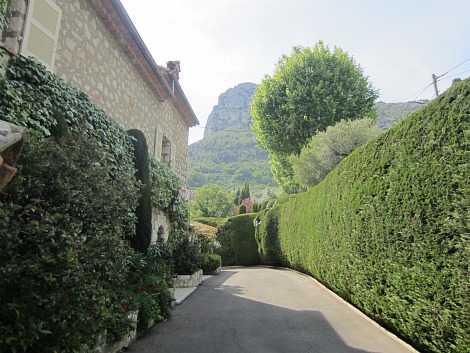 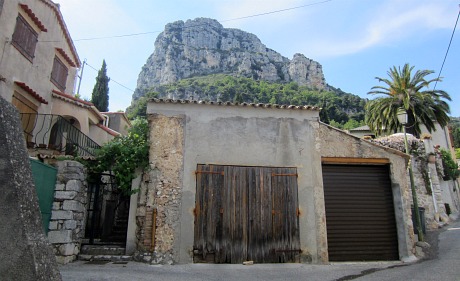 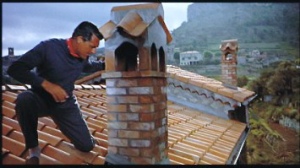 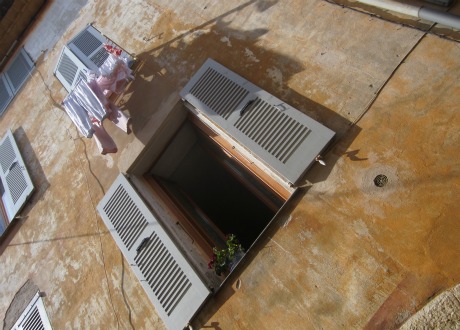 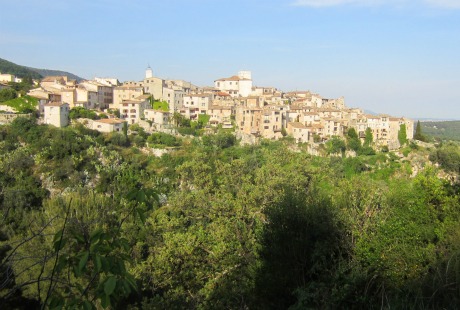 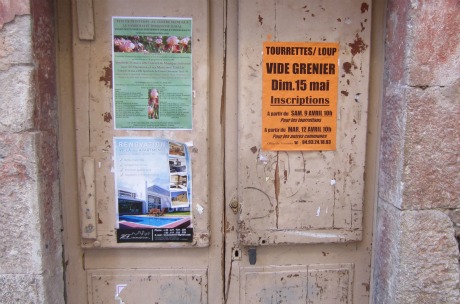 Michael Cieply visiting the Louisiana shoot of Abraham Lincoln: Vampire Hunter has produced the funniest N.Y. Times headline for a movie-location story in years. And the funniest quite in the story is from Russian-based director Timur Bekmambetov (Wanted), whose animalistic sensibilities are an industry legend: “What Lincoln did was like what Jesus did 2,000 years ago — he freed people.” 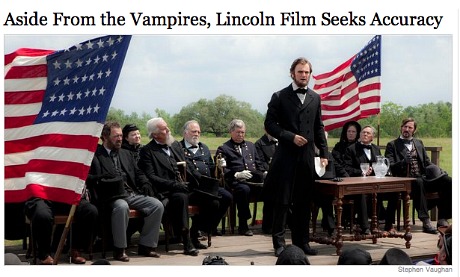 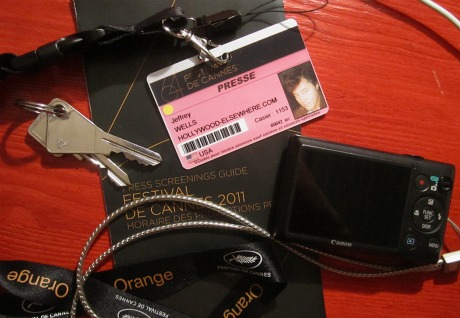 By my usual cheapo standards, Washington Post critic Ann Hornaday and I are paying a lot of dough — 1600 euros, or roughly 160 euros or $224 US per day — to stay in our pad at 7 rue Jean Mero. Okay, I guess $112 US per day each isn’t so bad. On the other hand it’s indisputably the most attractive place I’ve ever rented during the Cannes Film Festival. 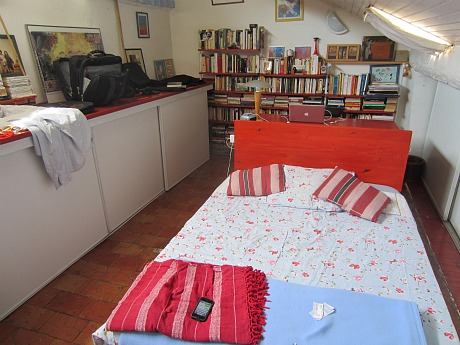 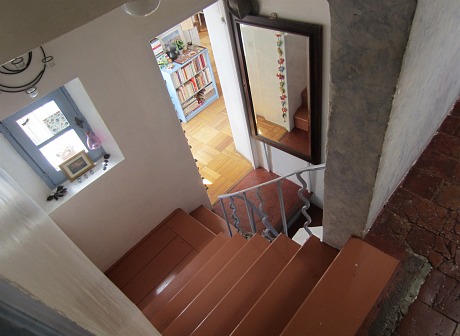 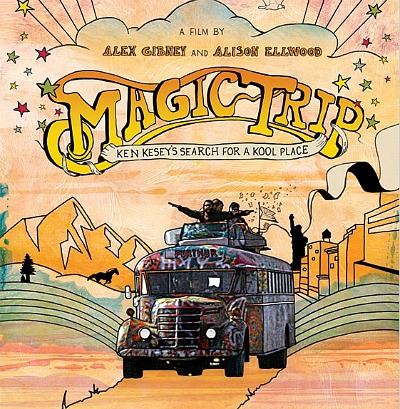 “One, there’s no mention whatsoever of Tom Wolfe or his book that almost single-handedly sculpted the Kesey/magic bus legend, “The Electric Kool-Aid Acid Test.” And two, there’s only one mention of the word ‘enlightenment’ in the whole film and no down-deep discussion at all of what LSD did to and for people during the early to late ’60s. The latter strikes me as borderline surreal given that LSD was the prime catalyst for the spiritual revolution of the late ’60s and ’70s.”

How do you make a doc about the bus without at least mentioning Wolfe’s book, by any standard the definitive account in the same way that John Reed‘s “Ten Days That Shook The World” told the story of the 1917 Russian revolution? And how could Gibney not explore to at least some degree the currents churned up by LSD, which was indisputably the biggest influence upon artist-youth-spiritual seeker culture of the ’60s in a thousand different ways and wound up influencing damn near everything?

Magic Trip is basically about new footage of the bus trip — that and very little else. Imagine some magical circumstance by which images of Jesus of Nazareth and his disciples had been visually captured or rendered in some immediate, first-hand way and then preserved and assembled for a documentary, and then the filmmaker decided to more or less ignore the fact that what these thirteen men did and said just over 2000 years ago in Judea resulted in a minor little thing called Christianity.