“Chris Weitz‘s A Better Life, which follows a gardener in East L.A. who struggles to keep his son away from gangs and immigration agents, found strong numbers in a limited debut. On four screens, Life managed a $60,000 gross, averaging a strong $15,000 per screen.

“Distributor Summit Entertainment noted that 92% of the audience rated the movie ‘excellent’ or ‘very good’, which bodes well as the film continues its platform release pattern over the coming weeks (including an expansion into 11 theaters on July 1).” — from Peter Knegt‘s 6.25 Indiewire box-office report.

Fine, except A Better Life is not “about a gardener in East L.A. who struggles to keep his son away from gangs and immigration agents.” It’s about an illegal-alien Mexican dad who lives in Echo Park and works as a tree surgeon in West LA homes who enlists his teenage son, who regards him with pity and contempt, to help him recover a stolen pickup truck. At the most the son has a flirting relationship with Hispanic gangbangers. It’s not about “son, what can I do or say to persuade you not o hang out with gangbangers….you’ll end up dead or in jail!” Tiresome much?

Weitz’s movie is nowhere near that kind of thing. A Better Life is basically The Bicycle Thief without the very last story beat that pluralizes the term and turns the title into The Bicycle Thieves.

Inarritu and dp Emmanuel “Chivo” Lubezki shot the footage a year and a half ago (January and February 2010) in Manchester, London, Madrid, Turin, Los Angeles and Kenya.

“It was made to to be show during the World Cup soccer tournament,” Inarritu says in an e-mail from Beijing. “And it was an insane massive production because the logistics of shooting during the winter in Europe and the amount of football soccer stars plus Kobe Bryant, Rover Federer, Homero Simpson and even Gael Garcia Bernal playing a cameo as Cristiano Ronaldo.

“It was the most visited online ad n 2010 and because most of the players did a very poor job during the World Cup, in the viral crazies people said that it was a ‘cursed’ commercial. But thanks to the Spanish guys the commercial was saved !! Anyway, it was a fun globally interconnected narrative experiment.”

Some kind of congratulations are in order, I suppose, for Dream House costars Daniel Craig and Rachel Weisz, who quietly married a few days ago. This would be a good time, obviously, to check out the Dream House trailer, but I can’t find it anywhere. What’s that about? 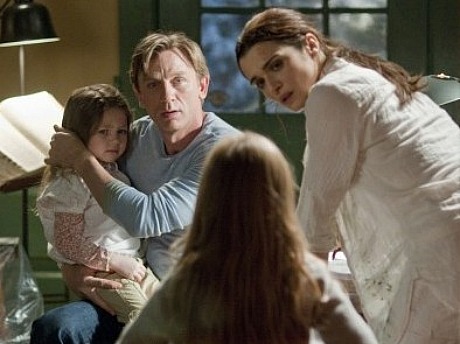 Dream House is a Universal/Morgan Creek production, and those guys know that any film coming out in 90 days has to at least have a teaser up. Wait — I don’t even see a website.

Jim Sheridan‘s haunted-house thriller shot roughly 13 months ago with additional shooting completed last December, and it’ll finally open three months from now (on 9.30.11) after bailing on a 2.18.11 opening, and there’s still no trailer? I don’t what to say except hubba-hubba, shake a leg, move it or lose it, etc.

There’s reportedly a movie called Cars 2 (don’t care, won’t see it) that will make $67 million by late tonight. Take no notice of the projected $31 million that Bad Teacher will earn this weekend. The C-plus CinemaScore grade plus Boxoffice.com’s Phil Contrino declaring the word-of-mouth is “toxic” is a fate-sealer. And The Green Lantern dropped over 65% with an expected $18 million for the weekend. Justice is served. 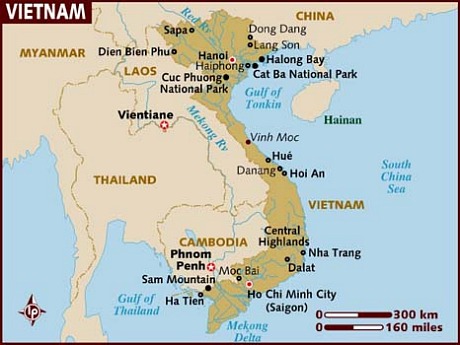 A DVD of Henry Hathaway‘s Woman Obsessed (’59) arrived yesterday. I watched about half of it last night. (It’s slow and draggy.) There’s a scene with Susan Hayward, Stephen Boyd and Hayward’s kid visiting a circus and taking a look at “the fat lady” — a side-show attraction. 50 years ago women this size were considered freaks; today they’re considered Middle-American housewives. 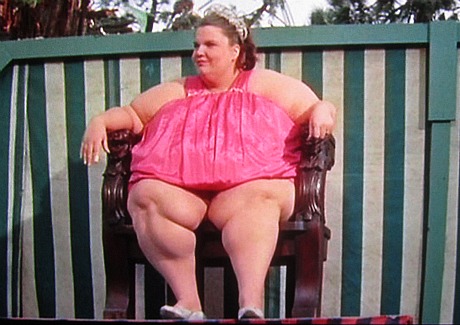 3 Comments
Lay Me Down

In the ’70s I flew across the country (Van Nuys to LaGuardia) in a four-seat Beechcraft Bonanza. The pilot was a Russian pediatrician named Vladimir. He’d agreed to take me and a guy named Gary in exchange for gas money. We left in the early morning, stopped for gas and lunch in Tucumcari, New Mexico, bunked in a St. Louis airport motel that night, flew out the next morning and arrived at LGA by the early afternoon. Anyway…

The fog was so thick when we were coming into St. Louis the air-traffic-controller guy had to talk us down. I was sitting shotgun and the air was pure soup, and I quickly fell in love with that soothing, Southern-accented voice, telling us exactly what to do, staying with us the whole way…”level off, down 500, bank right,” etc. When we finally got close to the landing strip and the fog began to dissipate, the landing lights looked like they do in this scene from The High and the Mighty. This glowing beacon of Christianity welcoming you, telling you everything’s gonna be okay, etc.

It was almost enough, during that moment and later that night as I thought about it, to make me think about not being a Bhagavad Gita mystic any more and coming back to the Episcopalian Church. 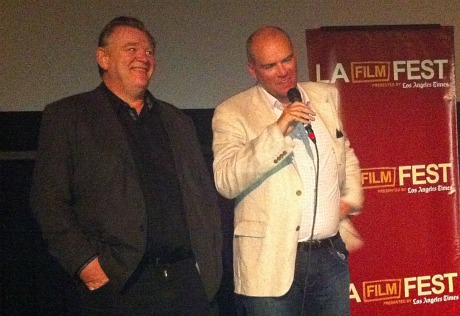 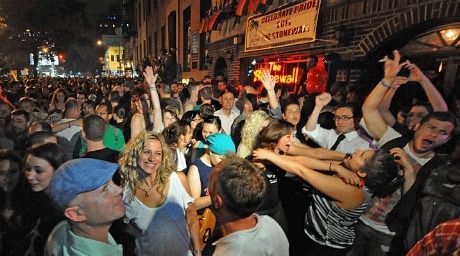 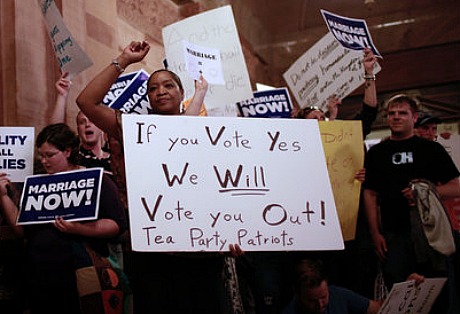 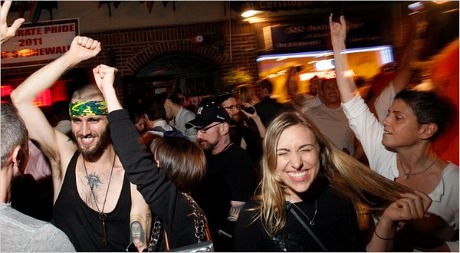 Most of the morning has been spent working hard on things that aren’t yet column stories or items or reports. It’ll all have to keep until I get around to it later this afternoon. It’s very easy to fall behind in this daily-column racket. Al you have to do is wake up a little bit late, and then take your time getting into things…and before you know it the time is 12:59 pm.

Weinstein Co. is announcing that some kind of official HD trailer for Apollo 18 has debuted on Yahoo…whatever. Speculative NASA fantasy pic (with simulated “actual’ footage) opens wide on 9.2.11. “While NASA denies its authenticity, others say it’s the real reason we’ve never gone back to the moon,” etc.

On June 10th L.A. Times/”24 Frames” guy Steven Zeitchik wrote about the coming of Nick Broomfield‘s anti-Sarah Palin doc, which I put a top-spin on the following morning. And today, 13 or 14 days later, Mike Fleming is reporting that “Deadline has learned there’s another Palin doc in the works [from] Broomfield” that’s “not going to be quite as favorable toward the former vice presidential candidate as The Undefeated.”

Nope, no mistake — Fleming is talking about same Broomfield documentary.

The exclusive part of Fleming’s story is a clip from the Broomfield doc in which two former associates (John Bitney, Palin’s former legislative director, and former Alaska Senate President Lyda Green, a Republican) recall how Palin was always texting during meetings and barely paying attention to “the business in the building….unengaged, cursory…lack of interest, wasn’t listening,” etc.