Dan McCarthy‘s abstract, sepia-toned one-sheet for Paddy Considine‘s Tyrannosaur (Strand Releasing, November) tells you it’s some kind of austere art film. It’s obviously striking but it conveys nothing of the tone of compassion and forgiveness that slips into the narrative during Act 2 and especially Act 3. The suggestion is mainly that someone or something ferocious will bite someone’s head off. And that’s only about a quarter…okay, a third of the whole pie. 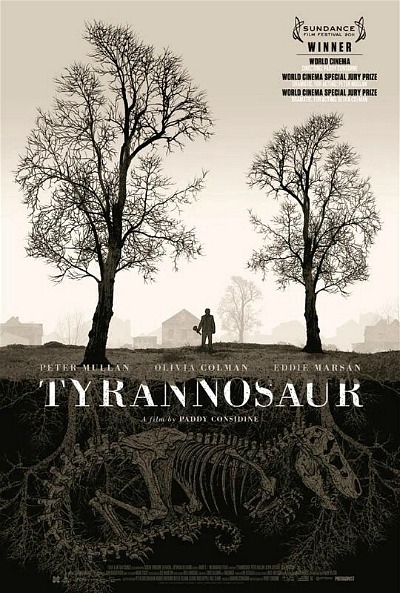 Meanwhile Strand continues to not post a YouTube trailer, despite assurances passed along to this columnist on 6.15 (or about five weeks ago) that a trailer was “being finalized.” The film opens in the UK and Ireland in mid-October. Ten or eleven weeks from the UK opening and there’s no trailer? Who opens a film this way? 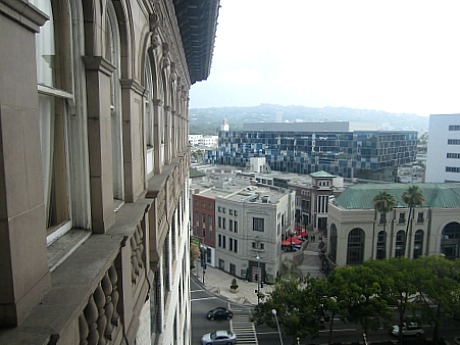 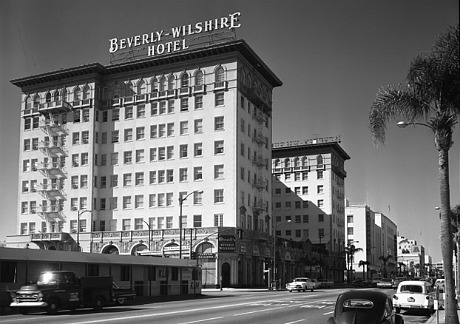 The Beverly Wilshire hotel in 1958, or around the time that Michael Corleone was dealing with Hyman Roth and his “Sicilian messenger boy” Johnny Ola and Fredo’s betrayal and the Kefauver Senate hearings on organized crime, etc. 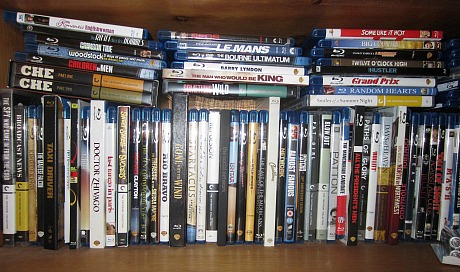 Ward Bond to John Wayne in Rio Bravo: “That’s all you got?” 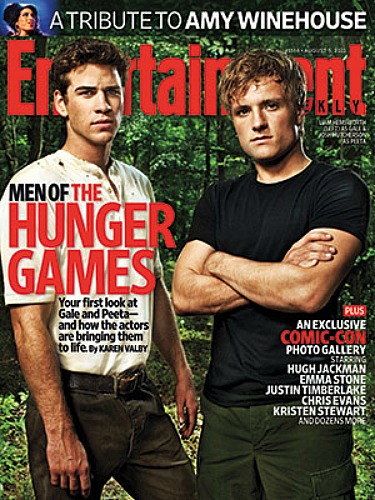 The Ides of March is an adaptation of Farragut North, a good play about political operatives that I saw performed a couple of years ago at the Geffen with Chris Pine and Chris Noth. Ryan Gosling and Phillip Seymour Hoffman play these parts, respectively, in the film. George Clooney‘s presidential candidate was created for the film. 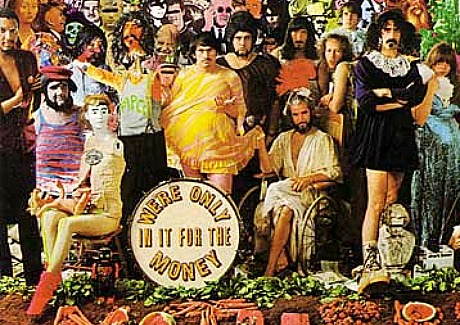 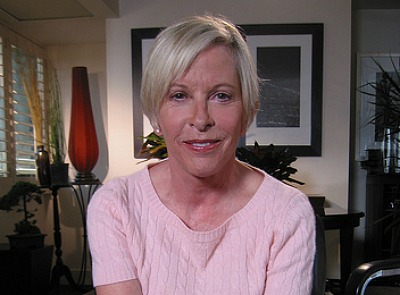 I thought there might be a decent riff-and-comment thread in discussing not-very-good films with great-sounding titles. His Kind of Woman, for me, is a total home run title — sexy, romantic, sly, knowing. But it just lies there as a film. I saw it for the first time about two or three years ago and I couldn’t believe how mediocre it was. So I figured there must be several others in this vein. 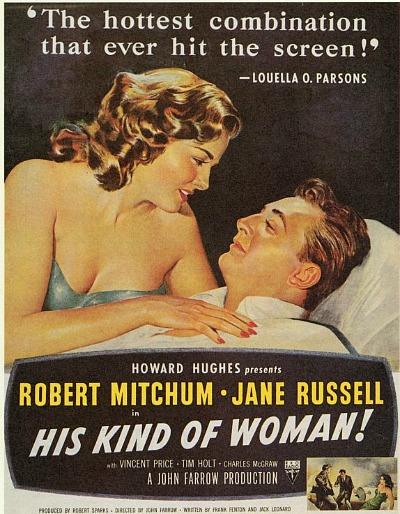 Then I thought it over and remembered that movie titles are so blunt and utilitarian these days (and in fact have been so for the last several decades) that titles with any sense of lyricism or intrigue are almost nonexistent. Titles like His Kind of Woman, I Died A Thousand Times, Ship of Fools, Out of The Past, Phffft, Bonjour Tristesse, The Bridges at Toko-Ri, Love Is A Many-Splendored Thing, All About Eve and Letter to Three Wives just don’t happen any more.

But if anyone can think of any cool title-bad movie combos from the ’80s, ’90s or aughts, please forward. Or great films with lousy titles…anything.

The earlier plan was for Alexander Payne‘s The Descendants (Fox Searchlight) to open on 12.16. The current plan, announced this afternoon, is to open on 11.23. Is this about the momentum factor between the early September festivals and the theatrical opening? The Fox Searchlight guys are unveiling The Descendants at Telluride-Toronto. I’ve read the Descendants script and am presuming good reviews will happen. With a Thanksgiving opening the FS team will have to keep the ball in the air for eleven weeks, as opposed to 14 and a half weeks with a 12.16 opening. 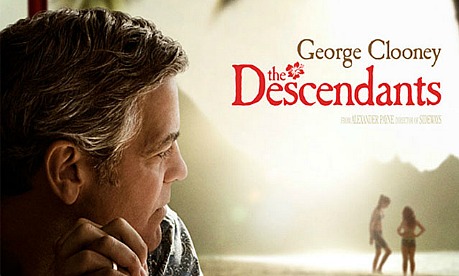 Alain Corneau‘s Love Crime (Sundance Selects, 9.2) is an icy, brittle thriller about a corporate power war between a 40something super-exec (Kristin Scott Thomas) and a 30something up-and-comer (Ludivine Sagnier). I’m not spilling details but I do find it strange that a perpetrator of a crime would decide to interrupt his/her career by going to prison, knowing full well that evidence has been planted that will eventually exonerate him/her. Why go through that?

This is about 17 years old, but it would still fit nicely into the forthcoming Rupert Murdoch phone-hacking movie.