The New York premiere for 50/50 happened tonight at the Ziegfeld, and the after-party uncorked at the Four Seasons. Great party, superb food, nice hosts…but I was in a funny place in my head for some reason and left after an hour. HE mood pockets just “happen” sometimes, and there’s no stopping them when they decide to creep in and take over. For those who might’ve missed it, here’s my 50/50 review, posted on 9.11. 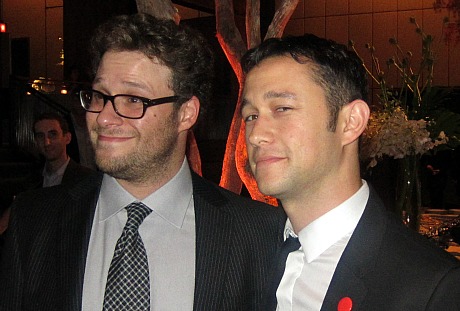 50/50 stars Seth Rogen, Joseph Gordon Levitt at tonight’s post-premiere party at the Four Seasons on East 52nd. Rogen’s movies don’t convey the fact that he’s fairly tall — tall and broad-sbouldered and no beanpole. If I was in a street fight, I could do worse than to have Rogen on my side. 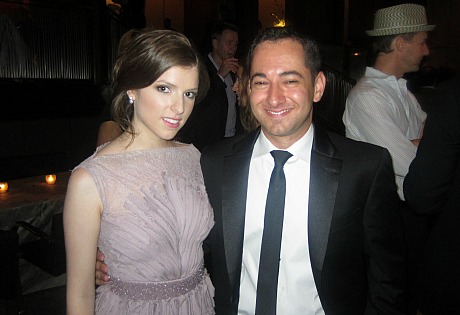 Matt Zoller Seitz‘s Press Play is running a week’s worth of essays about Roman Polanski, concluding and coinciding with Friday’s big-deal premiere of Carnage at the New York Film Festival.

The first essay, narrated by Simon Abrams and edited by Serena Bramble, is called “Polanski’s God” — a riff of the director’s bleak world view and apparent attitude toward religion and God.

Tuesday will see a piece by Steven Santos on the architecture and claustrophobia in Polanski’s films. On Wednesday an appreciation of Cul-de-Sac by L.A. filmmaker Jose Gallegos will appear. On Thursday Jim Emerson will contemplate the visual rules and regulations in Chinatown. Friday’s finale will be another collaboration between Seitz and Kim Morgan, focusing on Repulsion. 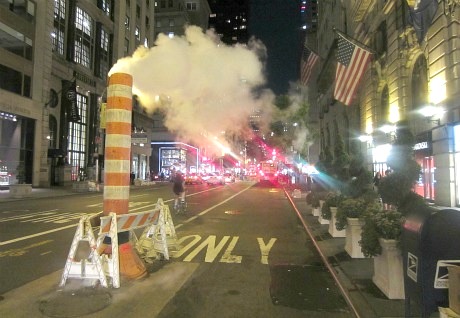 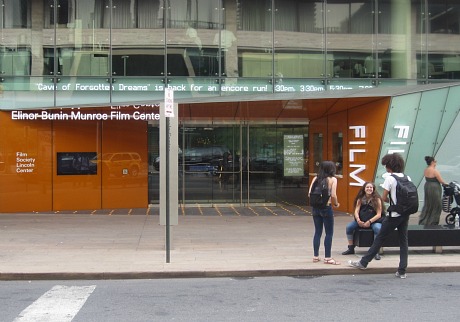 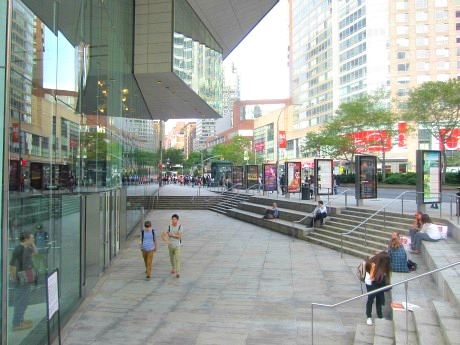 I was told earlier today why Oliver Stone and Showtime decided to cancel screenings of the first three episodes of Stone’s Untold History of the United States at the 2011 New York Film Festival.

It wasn’t because of “scheduling conflicts,” as the announcement read. It’s because Stone, immersed in the cutting of Savages, an action drama about drug dealing, is way behind on preparing all ten episodes of the series. I’m told it may not air for quite a while, perhaps as late as September 2012 (or even later). So Stone and Showtime figured there was no promotional benefit in showing the first three episodes now if the series won’t air for another year or so.

The three episodes in question are complete and were shown to NY Film Festival bigwigs prior to booking the slot and making the initial announcement.

Take the Salvador Dali-esque, psychedelic suggestion in this one-sheet for Bruce Robinson‘s The Rum Diary (Film District, 10.28) with a grain of salt. As noted earlier, the idea of the film reflecting “some crazed hallucination” is a stretch. It’s based on Hunter S. Thompson’s book, which was begun in Puerto Rico in 1959. Nobody has weird visions on rum. 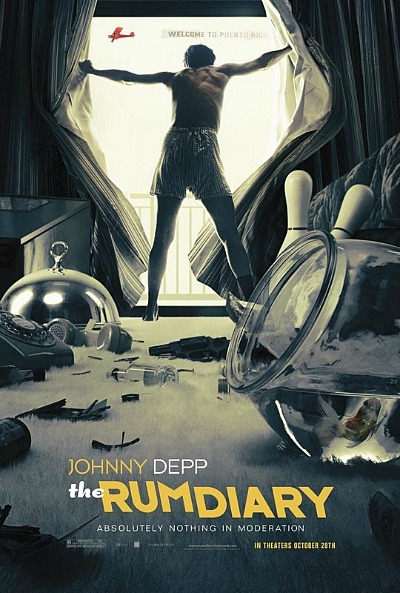 There’s no question that the wrong music can diminish or ruin a widely admired film. Drive especially, given the popularity of its soundtrack. But you can ruin any good film with cruddy music. Imagine Robert Wise‘s The Day The Earth Stood Still with a Plan Nine From Outer Space-level score. You could hypothesize in this vein forever. 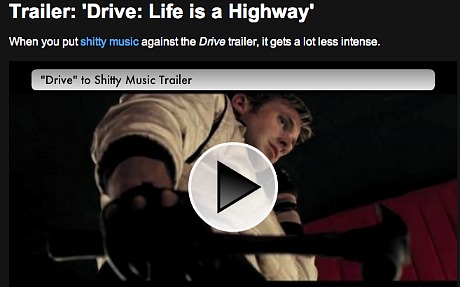 “Has anybody been watching the debates lately? You’ve got a governor whose state is on fire denying climate change. It’s true. You’ve got audiences cheering at the prospect of somebody dying because they don’t have healthcare. And booing a service member in Iraq because they’re gay. That’s not reflective of who we are.” — President Barack Obama speaking last night at a Bay Area fundraiser.

I missed Abe Sylvia‘s Dirty Girl (Weinstein Co., 10.7) at the 2010 Toronto Film Festival. I have a chance to see it this evening, but Katey Rich’s year-old Cinema Blend review has given me pause. A promiscuous bad girl (Juno Temple) and an overweight gay classmate (Jeremy Dozier) flee the horrors of Oklahoma for potential deliverance in California. For what it’s worth the violet-pink one-sheet works. 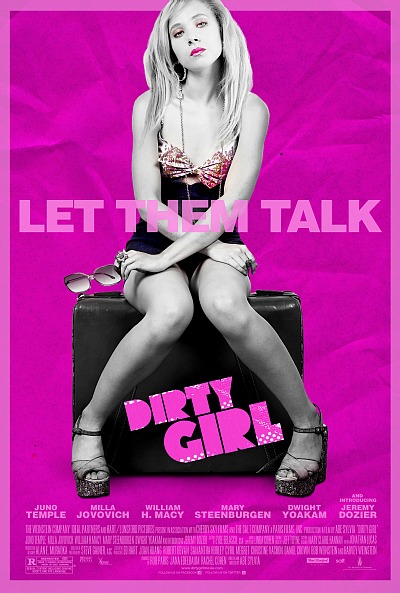 5 Comments
One Time Only

Warner Home Video’s Ben-Hur Bluray streets tomorrow. It’s been selling in at least a couple of Manhattan DVD stores over the past week or so. If I was home in West Hollywood I’d have a screener by now and a review posted like everyone else. But I’m going to wait five days to see it on a big, panoramic screen at Saturday morning’s New York Film Festival showing at Alice Tully Hall. I’ll probably never see it projected like this again. 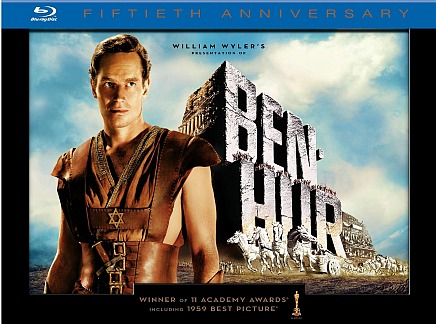 Five days ago Bluray.com’s Jeffrey Kauffman described the Ben-Hur Bluray as “astonishing — really breathtaking, and I mean that literally. Is there any other studio that has so lovingly gone back to its iconic catalog (albeit one that officially “belongs” to M-G-M) as Warner has? Once again the studio has returned to the original negative to source new high-rez scans, along with a frame-by-frame restoration, to present this film in high definition, and to say the results are spectacular is something of an understatement.

“What a difference a careful transfer, including absolutely accurate telecine color timing, can make for a release. The film is also stunningly damage-free, with nary a scratch, speck or other distraction in view.

“This well over three hour film has been wisely spread across two BD-50’s, so kiss any latent fears of compression artifacts goodbye, especially since the bulk of the supplements are included on a third Blu-ray disc. Everything from the copious Roman foliage to the ornate grillwork in the Hur compound resolves perfectly, with precision and absolute accuracy. Colors are incredibly well saturated and those gorgeous Technicolor reds and purples are all that they should be.”

The one thing I find encouraging about Man on a Ledge (Summit, 1.13.12) is that the director, Asgar Leth, delivered a killer doc five years ago called Ghosts of Cite Soleil. The two things that give me concern are (a) Pablo Fejnves‘ heard-it-before, on-the-nose dialogue (“I am an innocent man!”) and (b) the fact that it looks and feels like a typical standard-issue urban thriller — i.e., the kind that tends to be released in January or February.

Ghosts of Cite Soleil is about two pistol-packing Haitian brothers who ran slum gangs during the final months of Jean Bertrand Aristide‘s presidency, and how things got worse for them after Aristide was deposed.

After seeing it in March ’06, I wrote that “I now see Haiti as less of a Ground Zero for abstract political terror and more of a place where people on the bottom rung are trying to live and breathe and create their own kind of life-force energy as a way of waving away the constant hoverings of doom. In short, this excellent 88-minute film adds recognizable humanity to a culture that has seemed more lacking in hope and human decency than any other on earth.” 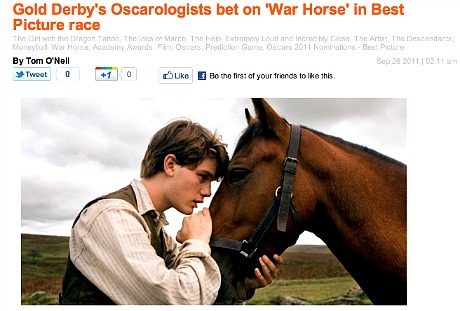