I had intriguing discussions earlier today about the Ben-Hur restoration and Bluray with Warner Bros. mastering vp Ned Price and director Fraser Heston, and I recorded them even. But I have to get over to the New York Film Festival opening-night screening of Carnage and then the after-party at the Harvard Club, so the substantive Ben-Hur filing will have to wait. 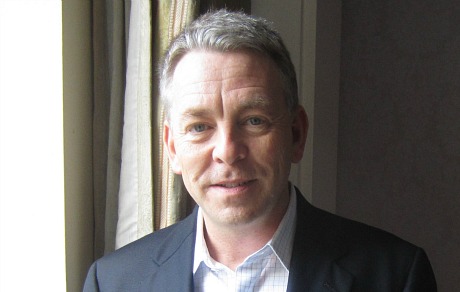 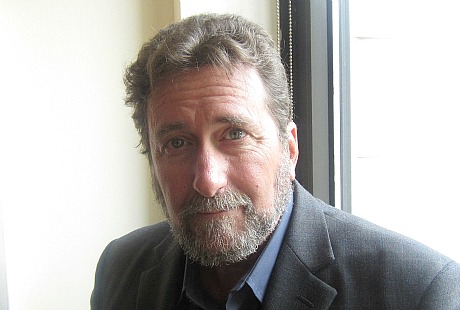 “Ben-Hur is a true restoration.

“Everything looks to have been dutifully handled, and the recipient of all of this work is the home theater enthusiast.

“Ben-Hur is a glorious Blu-ray experience. The labors performed to get it back into shape look superb on the format. Some will discuss the aspect ratio. Filmed at 2.76:1, I’m happy with it anywhere between 2.5 and 2.76. I don’t believe that it matters. In over 200 minutes of film, I noted no major problems. A couple of mis-cuts, which will never be noticed. Even dupes are handled to perfection.

“The icing on this particular release is inclusion of the tinted and two-color 1925 silent version, from Photoplay, and with a score by Carl Davis. A silent masterpiece in its own right.

“I must make the point. The way to see properly this film is on a huge screen, but in the world of home theater and Bluray, Warner Home Video’s new Ben-Hur is Very Highly Recommended, and looks to be the major restoration to hit Bluray in 2011. The quality of the film shines through.”

When Herman “the Hermanator” Cain said two days ago that African-American voters vote overwhelmingly liberal due to “brainwashing and people not being open-minded, pure and simple,” he was stating a basic fact. Substitute “brainwashing” for “cultural conditioning” and he was describing how most of us are shaped by our native cultures, at least in our youth. There are specific reasons for African-American political allegiances that don’t apply to some of us, but we’re all “brought up” to think and vote in a certain way.

I was conditioned to be a liberal because of the left-liberal views of my parents and the left-liberal values of Westfield, New Jersey, and Wilton, Connecticut, where I was living when I figured out what my cutural and political values were. We’re all conditioned to think and assess the world as we were taught by our parents and our extended neighborhood family. It’s a rare bird who goes out into the world and makes his/her fortune and decides to think and vote in a radically different way than what he/she taught in his/her formative years.

That said, the Hermanator is dreaming if he thinks African Americans are going to leave the “liberal plantation,” as MSNBC’s Pat Buchanan crudely put it earlier today.

In one fell swoop, Hollywood Elsewhere has significantly altered the imbalance between the greedy haves and the desperate have-nots. By going down to Zuccotti Park (Broadway and Liberty Street) this afternoon and taking pictures of the Occupy Wall Street crowd and posting them, I’ve…well, at least helped somewhat. Storm the barricades!

Jonathan Levine‘s 50/50 and Jeff Nichols‘ Take Shelter are far and away the best new films to see this weekend.

But please understand that 50/50 is not a comedy, despite what Lou Lumenick and others are saying.

I explained it thusly earlier this month: “All mature art is mixture of drama and comedy. Any film that insists on being a drama-drama or a comedy-comedy doesn’t get this. Life is always a mixture of the two, and so naturally 50/50 is flecked or flavored with guy and gallows humor here and there plus one or two anxious-mom jokes and/or chemo jokes and/or jokes about being in denial, etc. The most you could say is that it’s amusingly jaunty at times. It’s good humored and good natured when the material calls for that…when it feels right and true.

“And any critic who knows quality-level filmmaking when he/she sees it is going to recognize that humor is definitely a part of the package, definitely an element.”

It doesn’t matter if Occupy Wall Street (which has expanded to Boston and San Francisco and elsewhere) is lacking a specific goal, or if it feels unfocused or futile or whatever. The fact that a miniscule speck of GenY anger is being expressed is at least something. Or…you know, is better than watching Jimmy Kimmel. Any expression of dismay or loathing or rage about the sociopathic stacked-deck, rich-favoring U.S. economy led and exploited by the Wall Street machine gets my vote. That’s why I’m going down there this afternoon…yeah!

I spoke last night to a guy who caught a research screening of Extremely Loud and Incredibly Close last Sunday night at Leows’ Lincoln Square (B’way at 68th). And he agrees with Kris Tapley’s guy that Max Von Sydow‘s wordless performance as Thomas Horn‘s grandfather “will certainly get an Oscar nomination, perhaps the award itself.”

And he has a slight dispute with Stu Van Airsdale’s guy about the opening with “falling bodies, crushing thuds, and other vividly horrifying reminders of the initial scene at the World Trade Center.” My guy’s dominant impression is “an obliquely falling body in a white suit. If this wasn’t a 9/11 film, it could easily be mistaken for a Cirque Du Soleil routine.”

“One surprising thing about the film,” he adds, “is that James Gandolfini, credited in both the trailer and the poster, has had his role entirely cut. John Goodman‘s role is reduced as well, adding up to a few short scenes.” I don’t know how he’d know that Goodman’s role has been reduced unless he’s read a draft of Eric Roth’s script or whatever. I forgot to interrogate about this.

“And as for all those folks that pointed out that there’s snow on the ground in a few scenes in the trailer, it’s important to note that the film takes place a few years after 9/11; those scenes aren’t meant to reflect 9/11.” But of course the trailer, despite the MD80 thing, is looking to evoke precisely that.