Gas lighting “refers to creating of artificial light from combustion of a gaseous fuel, including hydrogen, methane, carbon monoxide, propane, butane, acetylene, ethylene or natural gas. Before electricity became sufficiently widespread and economical to allow for general public use, gas was the most popular means of lighting in cities and suburbs. Early gas lights had to be lit manually, but later gas lights were self-lighting.” — from Wikipage. 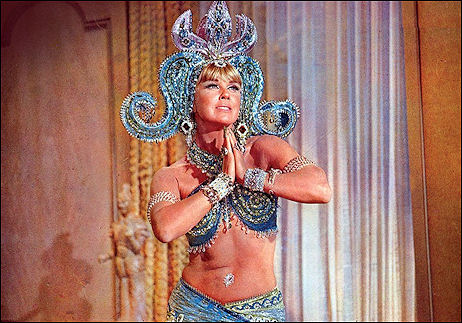 Michael Cieply 10.28 piece about War Horse director Steven Spielberg, called “What Makes Spielberg Jump?”, will appear in Sunday’s print edition. The invisible subtitle is “Spielberg really wouldn’t mind winning an Oscar for War Horse (Best Picture or Best Director or both), and this is the opening salvo in an attempt to make that happen.” 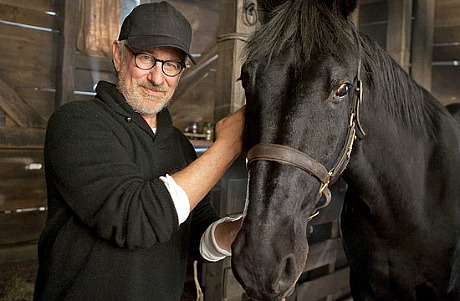 Here’s the portion that got my attention: “For those who wonder what drives him, money is no object: The Los Angeles Business Journal recently listed Spielberg as this city’s eighth richest person, with a net worth estimated at $3.2 billion.”

Meaning that his liquid worth is…what? With those kind of holdings Spielberg could easily self-finance a $100 million movie and pay for the worldwide marketing without breaking a sweat…no?

“He’s often choosing [which films to do] for emotional reasons,” Spielberg’s longtime producing partner Kathy Kennedy tells Cieply. “I do think that plays a role in what he chooses to do.” As opposed to making a film because he needs the scratch?

Spielberg has always been a bottom-line commercial guy, and like most shrewd players he’s never sunk a nickel of his own money into a film he’s produced or directed. (Or at least not to my knowledge.) But he could play it like Francis Coppola if he wanted to. If he wanted to self-finance he has the absolute freedom to do any film he wants, any way he wants, starring anyone, and costing whatever. Any emotional subject that appeals to him, Spielberg can make a flick about it and get it released. No strings, no impediments.

So why is he directing Robopocalypse after Lincoln? 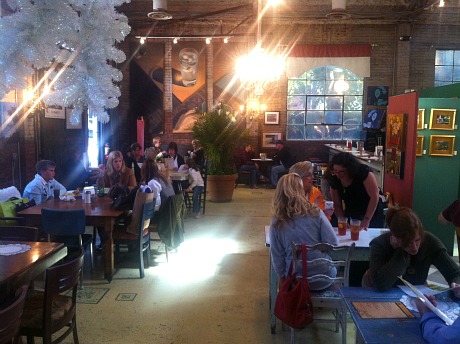 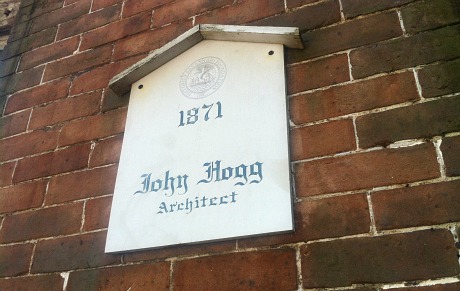 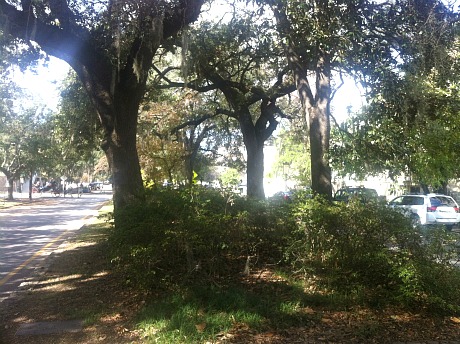 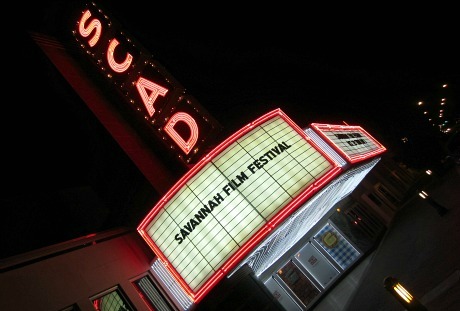 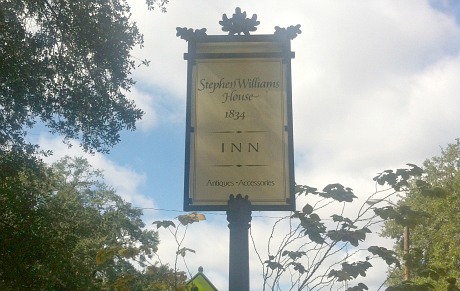 Let’s say for the sake of argument I’m having this hypothetical conversation with these other guys, and someone asks if there’s a clear Best Picture frontrunner out there now. Let’s imagine this conversation and see where it goes.

“The Descendants has it all,” I would say. “And so does Moneyball. You or yours may not like that idea, but they both mix honest emotionalism (as opposed to cloying sentiment) with smarts and great style and thematic wholeness. They’re the top dogs of the quality-movie fraternity right now.

“The Artist is a lovely homage to Hollywood’s silent, black-and-white past as well as the tradition of A Star In Born and Singin’ in the Rain. It’s a must-see for even half-hearted Movie Catholics. But it’s also sloshing around in cloying oatmeal sentiment. The dog alone takes it out of consideration in my book.”

And this other guy, let’s say, says “not that I agree at all with the idea that The Artist is ‘sloshing around in cloying oatmeal sentiment’, but even if it was, since when would that be an Academy turn-off?”

And then he says there’s a certain comfort in knowing that others beside himself aren’t that much love with The Descendants. It’s Alexander Payne ‘s “least adventurous or affecting film,” he asserts. Beginnings of an anti-Descendants cabal?

And this other guy, let’s say, says he’ll take all serious bets that “there’s no way in hell either The Descendants or Moneyball win Best Picture. They’ll both get nominations but other than possibly Clooney for Best Actor and Best screenplay, Payne’s movie will have to be fine getting nominated but not winning anything.”

And I say that this “no way in hell” proclamation about The Descendants or Moneyball “is precisely why I loathe and despise the industry criteria that everyone associates with a Best Picture Oscar win.

“People want the ‘big thing,’ the lump in the throat that pulverizes, the movie that delivers some profound bedrock truth about our common experience, that makes you want to hug your father or your daughter….and if I ever get to the point that a movie like War Horse (if it follows through on the indicatoions of the trailer and the ads) or The Artist or The Help makes me feel that way, then take me out behind the building and shoot me in the head, twice.”

Somebody says this is an antiquated definition of a Best Picture Oscar winner, and I respond that “i didn’t say people won’t settle for this, that or the other thing when it’s Crunch Decision Time. Obviously they went for something less or different or more granular with The King’s Speech, The Departed, Chicago, No Country For Old Men, The Hurt Locker. But they’re always looking for the “big thing” element at the outset. They always want that comfort, that assurance, that meltdown, that touch of a quaalude high.

And then I add that “when Gabe The Playlist begrudgingly said there ‘wasn’t a dry eye in the house’ toward the end of a recent NY screening of Extremely Loud & Incredibly Close, I felt a little button-push sensation in my chest. I thinking it might be the one….maybe. He said he’s not a Stephen Daldry or a Sandra Bullock fan and that he didn’t care for the Asperger’s kid, but he still recognized or acknowledged that it delivers the emotional payoff that it set out to deliver. That impressed me.”

And then another guy points out another factor in Extremely Close‘s favor is that the Academy “truly loves Daldry. He’s the only director who has been nominated for every single feature film he’s directed to date.” So it’s looking like Extremely Loud might have an edge at this stage…maybe, sorta kinda, bullshit-wise.

Today’s activities include a small noon lunch thrown by my Savannah Film Festival hosts (which I’m late for as we speak) and some writing/filing this afternoon along with a little bike-riding around the city. There’s some kind of street party this evening along with a screening of The Artist. Maybe James Toback (who’s doing a q & a with Alec Baldwin tomorrow afternoon) will fly in today or tonight, and we can do a little carousing. 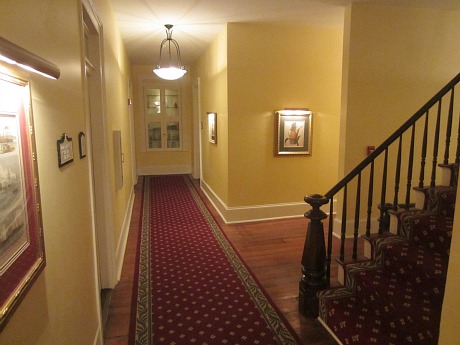 Thanks to the Savannah Film Festival and the Marshall House for allowing me to stay in rom #314 (i.e, the one with the desk, pictured last night) and not sending me back to the broom closet. 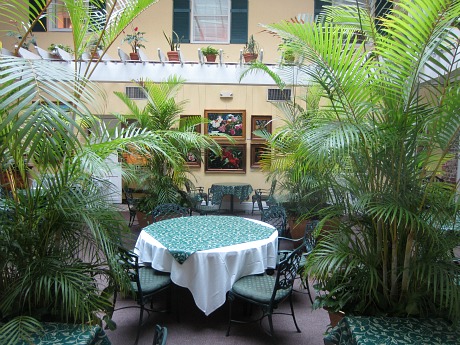 Breakfast/lunch atrium inside the Marshall House. 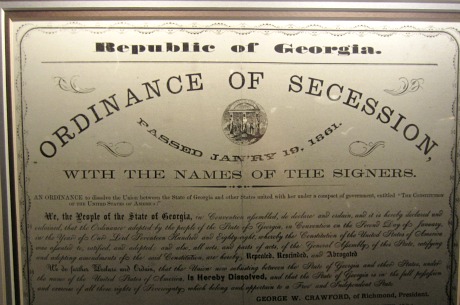 6 Comments
What Does This Mean?

Featured in the current print issue of Esquire, but not, apparently, in the online edtion. 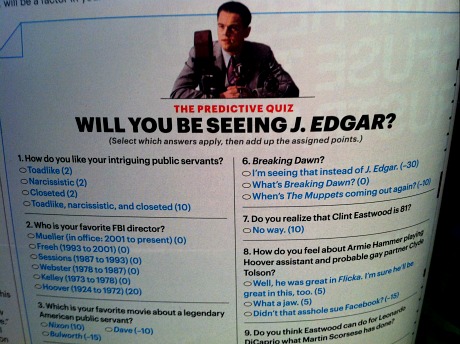