For Leonardo DiCaprio, playing J. Edgar Hoover “meant memorizing endless monologues that needed to be delivered with Hoover’s own breakneck cadence,” writes N.Y. Times reporter Brooks Barnes in an 11.2 profile. “Additionally Mr. DiCaprio, who typically comes accessorized with a supermodel girlfriend in real life, had to wrestle aggressively with a man and then kiss him. Oh, and wear a dress.”

From a 4.3.10 HE posting about same: “Okay, I’ve flipped through most of Lance Black‘s J. Edgar Hoover script — i.e., the one that Clint Eastwood reportedly intends to direct with Leonardo DiCaprio as the FBI kingpin — and I haven’t come upon a scene calling for DiCaprio to wear lace stockings and pumps and a cocktail dress. So we’re safe on that score.” 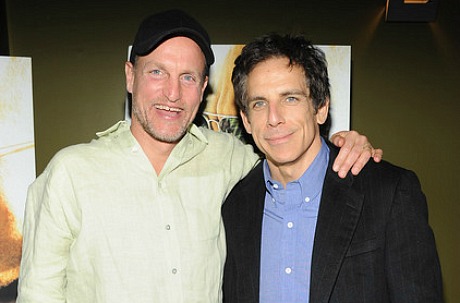 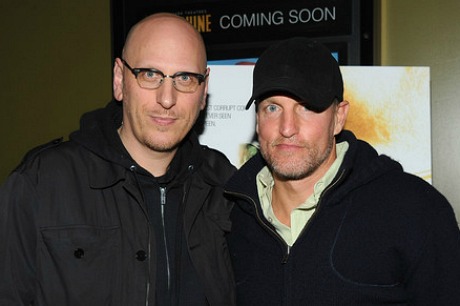 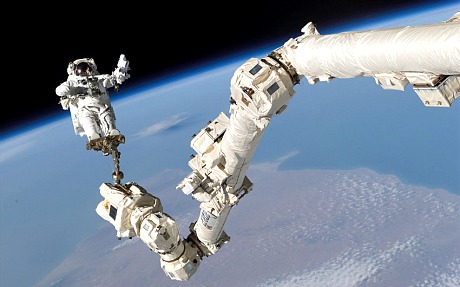 Clooney and costar Sandra Bullock play astronauts working on an orbiting space station. “A satellite blows up and space junk causes damage,” Clooney explains. “We go out in space suits, and she and I are tethered together, floating through space. [So] it’s a two-hander with only two actors in the whole film.” Oh, and “Sandy is the lead.”

Gravity began filming last May in London, and reportedly cost about $80 million — not that much for a sci-fi FX flick. Clooney said that an early cut was recently screened for Warner Bros, executives. The studio will open Gravity on 11.21.12. The Wiki page says it wasn’t shot in 3D but converted to 3D in post-production.

“It is the first time I’ve been in 3-D and, hopefully, the last time,” said Clooney.

When a wife says she can smell the whiff of betrayal on a cheating husband, people nod and go “uhm-hmm”…knowing exactly what she means. And people know exactly what Marlene Dietrich meant when she told Fred Zinneman that people could “smell” the fact that From Here To Eternity was a must-see despite there having been no publicity. But people resent others claiming they can smell what a forthcoming movie will probably be like, based on the usual indicators (including the unmistakable whiff of calculated emotional mauling).

Awards Circuit‘s Joey Magidson has posted reactions to last night’s War Horse hinterlands screenings, and only two haters have popped up so far. Most of the reactions to the 146-minute film have been highly positive so maybe it’s pretty good after all.

The best positive review is from @emailjnm: “This was a masterpiece. This should be one of the top two or three during Oscar season. All the hype we were hoping for was well-deserved. Outside of the first 30 minutes being a tad ‘eh,’ the rest of the film is the best I’ve seen [from] Spielberg in years. Some of the greatest scenes I’ve seen in his career. I’m going to go as far as to say that it’s my second favorite Spielberg film after Schindler’s List.

“Truly exceptional. Do see it. Walked out of cinema into the falling snow…lovely!” (from @raeofdawn…but what’s falling snow got to do with anything? Unreliable viewer, too impressionable).

“Fantastic, awesome, a must-see” (from @PensNucksDenver — any person who uses “fantastic” and “awesome” in the same sentence or word group is clearly lacking in discipline and discrimination).

“Holy double-hell, War Horse is freakin’ amazing!” (from @ScoreKeeperAICN….”holy double hell”? Did he actually mean to say “ding-dang, deedly-dee, deedly-doo jiminy creepin’ hotcakes with hot butter and maple syrup!”? Possibly a fool for Spielberg or a low-thread-counter, or both.)

From Hater #1 (@2denniskelly): “Am I the only person who basically hated War Horse? It was nothing more than manipulative and predictable Oscar bait. Move along.”

From Hater #2 (@guany): “This was AWFUL. Nothing but Oscar bait. I’m very disappointed.”

The Mutiny on the Bounty Bluray (’62 version) streets next Tuesday (11.8). I’ve got a comp coming in the mail, but for now DVD Beaver‘s Gary Tooze is calling it “quite an upgrade depending on your discerning eye or system size” and “really sweet” and “jaw-dropping with vibrancy…a higher degree of sharpness via the impressive 2.75:1 widescreen presentation….a very film-like viewing.”

I’ve said two or three times in the past that it’s not the movie (although many portions of it are quite good) as much as the resolution. This mostly-good, partly-problematic sea epic was shot in Ultra Panavision 70, meaning it will look exceptionally vibrant and detailed in high-def.

I wrote the following about the DVD version in August 2006:

“Say what you will about the ’62 Bounty — historical inaccuracies and inventions, Marlon Brando’s affected performance as Fletcher Christian, the floundering final act. The fact remains that this viscerally enjoyable, critically-dissed costumer is one of the the most handsome, lavishly-produced and beautifully scored films made during Hollywood’s fabled 70mm era, which lasted from the mid ’50s to the late ’60s.

“Roger Donaldson‘s The Bounty (’84) is probably a better Bounty flick (certainly in terms of presenting the historical facts), but the ’62 version has more dash and swagger. It has a flamboyant ‘look at all the money we’re pissing away’ quality that’s half-overbaked and half-absorbing. It’s pushing a kind of toney, big-studio vulgarity that insists upon your attention.

“You could argue that this Bounty is only nominally about what happened in 1789 aboard a British cargo ship in the South Seas. And you could also say it’s more about early ’60s Hollywood than anything written by Nordhoff & Hall.

The ’62 Bounty “is mainly a portrait of colliding egos and mentalities — a couple of big-dick producers (Aaron Rosenberg was one), several screenwriters, at least two directors (Lewis Milestone, Carol Reed) and one full-of-himself movie star (Marlon Brando) — trying to serve the Bounty tale in ’60, ’61 and ’62, and throwing all kinds of money and time and conflicting ideas at it, and half-failing and half-succeeding.

I’ve detected a little Lon Chaney-as-Grandfather Wu (from the 1927 film Mr. Wu) in one of the recently unveiled Young Adult posters. 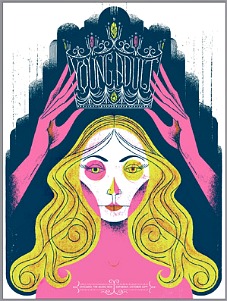 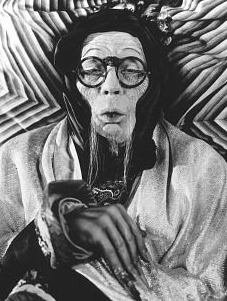 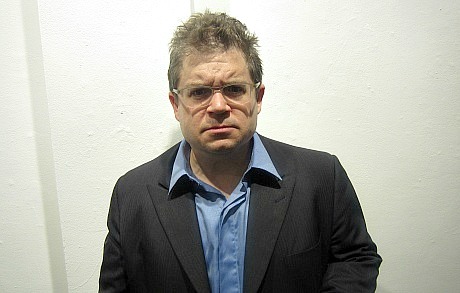 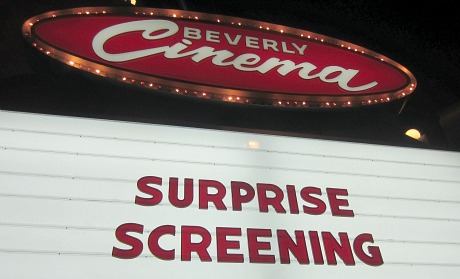 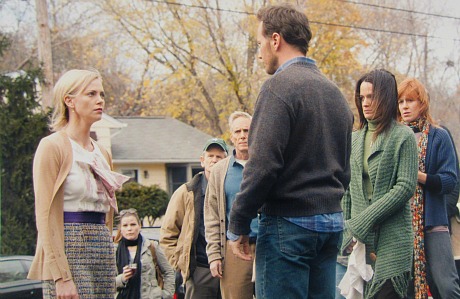 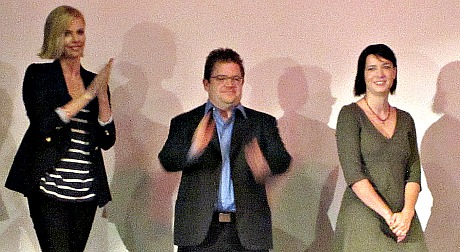