Awards Daily‘s Sasha Stone, Boxoffice.com’s Phil Contrino and I pondered the imponderables this afternoon. Actually, we didn’t. We talked about box-office tallies for The Girl With The Dragon Tattoo and especially The Artist, and then (after Sasha insisted) the Producer’s Guild nominations, and thent I went into one of my laments about the direction of action films. Here’s a stand-alone mp3.

This reminds me of the opening scene in Planes, Trains and Automobiles with the client (William Windom) staring at ad concepts while Steve Martin and Lyman Ward wait wordlessly for some hint. Margin Call director-writer J.C. Chandor is accepting the Best First Film award from the NYFCC on Monday, and on Tuesday will pick up the NBR’s award for Best Debut Director. Margin Call has also been named of the NBR’s top 10 Independent Films.

Bluray jacket art is routinely viewable weeks and sometimes even months ahead of street dates. For whatever reason these MGM Home Video titles, streeting on 1.24 and released through 20th Century Fox, haven’t been viewable on Amazon and other major Bluray sites. A Fox Home Video publicist provided them today. 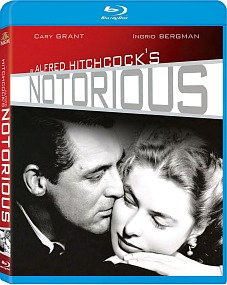 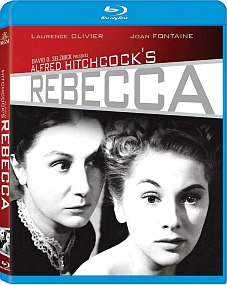 Right now obviously isn’t Matt Damon‘s time with a realization of the insignificance of We Bought A Zoo ricocheting everywhere, and Daniel Craig isn’t exactly the revving engine behind the success of The Girl With The Dragon Tattoo — Rooney Mara and David Fincher are. The Descendants‘ George Clooney, one of the two most likely Best Actor winners (along with Moneyball‘s Brad Pitt), is the only guy on top as we speak. 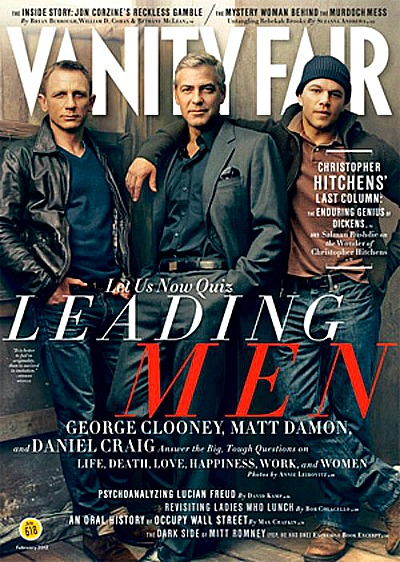 Whether or not Chris Nolan has decided to remix Tom Hardy‘s Dark Knight Rises dialogue, was anyone honestly able to understand what Bane was saying in the DKR IMAX prologue?

All right, Twitter followers…if anyone can come up with a question about 2 Fast 2 Furious, Catch That Kid, 3:10 to Yuma, Wanted, The Double and the forthcoming Overdrive, I’m yours for the next…it took three minutes to compose this…57 minutes!

The winner will be announced at the PGA awards gala at the Beverly Hilton on 1.21. I would jhave posted this earlier but I was asleep earlier this morning, having awoken at 4:15 am and written for two or three hours.

36 Comments
An Award Season To Forget

No matters what happens with this morning’s Producer’s Guild nominations, the 2011 awards well has been poisoned by the persistent default prominence of The Artist as the reigning Best Picture favorite.

The rising of The Artist to the top of the flagpole is a reminder to one and all that 2011 wasn’t a very strong year, although any fair-minded observer would at least call it an unusually spirited, original-thinking year if — if! — films like A Separation, Moneyball, Drive, Tyrannosaur, Take Shelter, The Tree of Life and The Descendants are factored in.

The problem or wrinkle is that too many critics and guild members have chosen to elevate and celebrate an enjoyable little black-and-white trifle that amounts to very little in the grand scheme, and call it the year’s best. Shame on them for degrading the 2011 awards season and sending almost everyone with an inkling of taste into a pit of slumber and indifference. Among people I know and speak with the response to The Artist has been a collective shrug. Nobody is jumping up and down about it, and yet it won’t go away on the awards circuit

“This year you can mostly forget the critics,” Sasha Stone wrote yesterday. “Advocacy was never really their thing but it is even less their thing this year, after what happened last year.” But many if not most of them have advocated The Artist as their 2011 champ, and this has apparently had some kind of collateral effect.

“For all of the bitching the top-tier critics do about the Oscar race, and the people who cover it, from where I sit, the Oscar race is the only place where the celebration of real movies is still alive and kicking,” Stone said. “It’s the only place where a film like The Descendants, Moneyball or The Artist really matters. It’s the old guard, preserving what we’ve had for eight decades. But they can’t really do it alone. If Oscar buzz only drives a limited section of the general public to the multiplex of what use is it, ultimately? It’s been steadily becoming less relevant as the years progress, but that’s mainly because the general public is so dumbed down now compared to twenty years ago.”

Yes, the taste of the general moviegoing public reflects, as always, a community of cretins and simpletons. But at least they’ve rendered a kind of judgment on The Artist, which has only $5,398,000 in the domestic till so far.

Marshall Fine has more or less dismissed It’s All About You (NY 1.4, LA 1.6), a doc about John Mellencamp by Kurt and Ian Markus. I did the same during last March’s South by Southwest in a review called “Need Mellancamp Doc That Won’t Drive Me Crazy.”

I was told four years ago about an HE quote used in German-language posters and trailers for Juan Antonio Bayona‘s The Orphanage; never saw the trailer until this morning. Very cool font, brown-parchment backdrop.