War Horse is far from a dead animal. It may be “on its way to the Oscar glue factory”, as an Oscar wag remarked earlier today. But it’s a solid commercial hit with the middle-American family crowd (almost $56 million after two weeks in theatres) and it’s even possible that it’ll land a Best Picture nomination, and that director Steven Spielberg might pull off a Best Director Oscar nomination, despite his having been excluded from the DGA’s list of Best Director nominees. 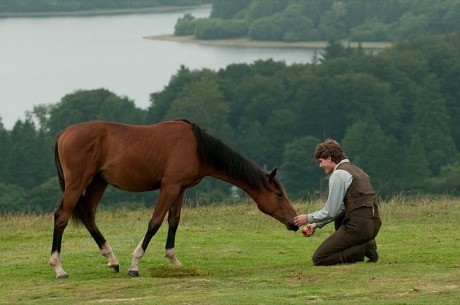 But given this morning’s DGA announcement and other recent indicators listed today by Hollywood Reporter columnist Scott Feinberg, the likelihood of its winning the Best Picture Oscar is now almost nil. And the chances of Spielberg being nominated for a Best Director Oscar are clearly diminished, although, as noted, it could still happen.

“I sensed a bit of a bump in the road for War Horse, as reflected in my 1.8 Oscar forecast,” Feinberg wrote today. “Although the film was one of the Producers Guild of America’s 10 nominees, it was also snubbed by the Screen Actors Guild (despite featuring a huge international cast that seemed like a strong option for the best ensemble category), the Writers Guild of America (despite the fact that many of its chief rivals in the adapted screenplay category had been deemed ineligible), and the Art Directors Guild (despite the fact that the film’s production design, coordinated by Oscar winner Rick Carter, is one of its greatest strengths).”

So what were the factors that decisively killed War Horse‘s Oscar chances? Was there a Norbit factor (or two or three) that took it down?

My own oft-repeated view is fact that anyone with a smidgen of taste or perspective knew from the get-go that Spielberg’s film didn’t have the internals that would make it go all the way, and that the only thing it had going for it was the fact that many respectable professionals (including Indiewire columnist Anne Thompson and Fox publicity honcho Bumble Ward) admitted it had made them cry.

I have an odd theory. I could be off-base, but I believe that a particular line of dialogue did a lot to stop War Horse. That’s right — one line.

It was spoken during the no-man’s-land, barbed-wire scene when the British and the German soldier are cutting through the wire that has totally entangled Joey. And they start talking about this and that, and the British soldier says (I’m paraphrasing from memory), “You know, here we are…soldiers from opposing sides, standing in a muddy no-man’s-land at night and helping this poor beast get free of the wire. Heh…you know something? I think we should give him a name. But what could we reasonably call him, given that he’s a horse and we’re in the middle of a war? Wait…I know! I think we could call him ‘war horse.’ It kinda fits, you know?”

I was already slumping in my seat when that scene began. But after the British soldier said it I muttered to myself, “Holey moley! All right, that’s it…no way this thing wins the Best Picture Oscar. In fact, it may not even be nominated.”

I was going to call this article “Joey Goes Down,” but I didn’t want to sound smug or snide.

“I know the arguments against this scenario, and we’ll get to those. But the arguments in favor are as simple as one-two-three. One: it does more to guarantee Obama’s re-election than anything else the Democrats can do. Two: it improves the chances that, come next January, he will not be a lame duck with a gridlocked Congress but a rejuvenated president with a mandate and a Congress that may be a little less forbidding. Three: it makes Hillary the party’s heir apparent in 2016. If she sits out politics for the next four years, other Democrats (yes, Governor Cuomo, we see your hand up) will fill the void.”

My 12.28 comment stands:”It’s a good idea all around. It makes fundamental sense. It would make the Obama ticket seem like a greater sum of its parts than if Biden ran again as vp. Obama needs to upspin things in his favor as much as possible if he’s going to squeak through to victory. Even against empty-haircut Romney.”

Rotten Tomatoes‘ Matt Atchity sounds right on the money to me about the big award contenders, and in particular about The Artist. He kinda thinks it’s fading, or starting to fade, and his Best Picture money is on The Descendants. The basic idea that Gold Derby‘s Tom O’Neil was looking to explore was whether or not Rotten Tomatoes’ critics scores help to predict winners.

The only regrettable thing about this video is that it’s out of focus. What the eff, Tom? 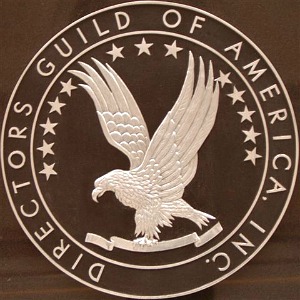 Kim Novak‘s complaint about The Artist having used a long segment of Bernard Herrmann‘s Vertigo score in its final act is understandable, but she’s not saying anything startling. The basic strategy of The Artist is “sampling” elements from the past — primarily the aura of silent black-and-white cinema, and plots from A Star Is Born and Singin’ in the Rain — and re-packaging them. So using Herrmann’s Vertigo score falls right into line. 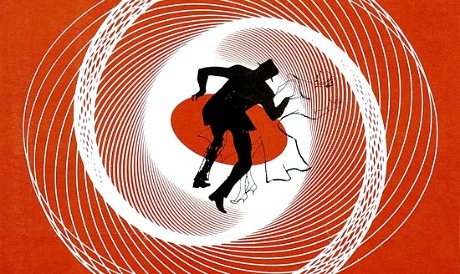 Mike Fleming‘s Deadline story quotes Novak’s manager Sue Cameron as follows: “[Kim] was sitting in her living room, she put the DVD in, and then went into an absolute state of shock and devastation…she is very, very upset.”

Novak has taken out a trade out that reads, in part, “My body of work has been violated by The Artist. Even though they did given Bernard Herrmann a small credit at the end, I believe this kind of filmmaking trick to be cheating. Shame on them! This kind of ‘borrowing’ could portend a dangerous future for all artists in film. It is morally wrong of people in our industry to use and abuse famous pieces of work to gain attention and applause for other than what the original work was intended.”

I have no argument with Novak, but I’m a bit surprised by two things written by Fleming in his report.

One, he says that “I don’t think I’ve heard a complaint quite like this one before…how many will recognize music from a film released in 1958?” WHAT? If you’re any kind of a genuine Film Catholic, which is what Academy members should ideally be (and what the best of them are), Herrmann’s Vertigo score is one of the most legendary and immediately recognizable film scores of all time — right up there with Max Steiner‘s Gone With The Wind theme and John Williams‘ bum-buhm-buhm-buhm shark them in Jaws. I’ll bet that even casual film dilletantes know Herrmann’s Vertigo score like the back of their hand, and yet Fleming is wondering “how many will recognize [it]”??

And two, Fleming writes that “one looming question is whether Novak has jeopardized her status as a voter, and violated the rules by publicly maligning a movie that is a frontrunner for Best Picture.” Apparently there’s an Academy rule found in Oscars.org that says an Academy member can’t take out an ad that trashes a film in contention for Best Picture. As far as I can discern that rule doesn’t especially or particularly apply if the film being maligned “is a fronturnner for Best Picture.”

A pro-Newt Gingrich but more precisely anti-Mitt Romney attack infomercial called King of Bain: When Mitt Romney Came To Town will be shown to South Carolina voters this week. Producer Barry Bennett has told N.Y. Times reporters Trip Gabriel and Nicholas Confessorre that the Obama campaign “is going to have a heyday with this, and Republicans need to know this story before we nominate [Romney].”

The doc was funded by Sheldon Adelson, “a billionaire casino owner in Las Vegas who has long supported Mr. Gingrich.” The operational engine is a Gingrich-supporting Super PAC called Winning Our Future.

The rap against Romney is that Bain Capital, a private equity firm that he once ran, bought companies and dumped employees and then re-sold them. Bain was co-founded in 1984 by Romney ands two others. “In 1983, Bill Bain offered Romney the chance to head a new venture that would invest in companies and apply Bain’s consulting techniques” — i.e., rape and pillage — “to improve operations,” one account says. Romney led the business from 1984 to 1990 and then 1992 to 1999.”

Capitalism often enforces a harsh Darwinian process. It’s not about the playing of tiddly-winks by choir boys and Boy Scouts with merit badges. Not in the big leagues, it isn’t.

Why are all of Romney’s alleged victims in this clip old and pudgy and rednecky, and mostly female? Remember the toothless woman in the third-act dinner scene in Deliverance, the one who told a story about a cucumber or an ear of corn (or some other kind of vegetable) being “twelve inches long”?

I can say definitively that Pabst Blue Ribbon is a big favorite among 20something Brooklyn hipsters (my son Jett included) because it’s cheap. You see it everywhere in Williamsburg bars. “PBR, PBR, PBR…” When I first heard the acronym I thought it was a reference to “PBR street gang,” a code term for Martin Sheen‘s watercraft heading upriver in Apocalypse Now.