The difference between the original R-rated version of The King’s Speech and the PG-13 version that The Weinstein Co. released after the 2011 Oscars was significant. The vulgarisms that Colin Firth‘s King George VI used during his therapy sessions with Geoffrey Rush‘s Lionel Logue were amusing and illustrative, and their absence diluted the film. But the f-bombs that will be bleeped out for a PG-13 version of Bully, as reported by the L.A. Times‘ Steven Zeitchik, added nothing vital to the R version in the first place. The f-bomb thing has been smoke all the way. 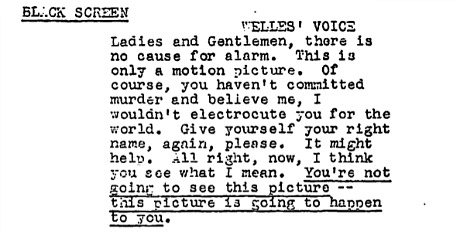 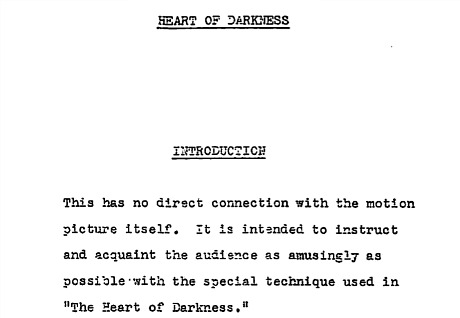 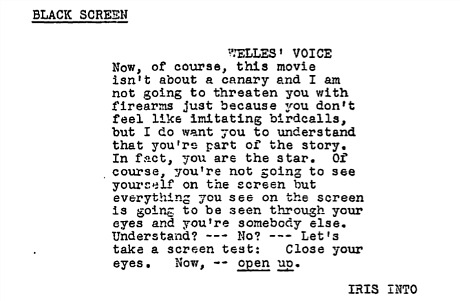 “”In true Toure style, the take-no-prisoners commentator went straight for the jugular and attacked Morgan face-to-face for not questioning Zimmerman about his comments regarding important moments of the night Trayvon Martin died. Of course, Morgan was having none of it and quickly became defensive, chiding Toure for MSNBC’s attempt to get Zimmeran Jr. on their network as well, and for the network’s running the interview in question all day without criticism.” — Daily Beast‘s Allison Samuels.

I post this video every so often. It’s very calming. I love, love, love, love the way Chris Walken pronounces “chicken” and “pears.” Certain people says certain words perfectly, and I mean better than anyone else in the world. Walken saying “pears” (“peahrs“) is like Peter O’ Toole pronouncing “ecclesiastical.”

I visited Walken’s Upper West Side apartment twice in ’79. I had an excellent thing going with a lady named Sandra who was working for Walken and his wife as a kind of au pair or house-sitter. I remember the oriental rug on the living room floor, you bet, and the wood-burning fireplace in front of it. I don’t know why Sandra and I didn’t last for more than four or five weeks but it wasn’t for lack of interest on my part.

I ran into Walken at the Westport train station in the fall of ’78. This was two or three months before The Deer Hunter opened. I knew him only from his “whoa…who’s this guy?” performance in Paul Mazursky‘s Next Stop, Greenwich Village (’76). I saw him standing on the platform, I introduced myself, Walken was cool and easy, and we wound up talking all the way into Manhattan.

I spoke to him two years later when I went backstage at the Public Theatre after a performance of The Seagull, but he had no recollection of the train trip. Zip. I could have mentioned Sandra as an ice-breaker but I thought better of it.

The chicken-and-pears video was shot, I’m presuming, at Walken’s home in Wilton, Connecticut, which is where I lived for a few years and where I did my junior and senior years in high school. Paul Dano went to high school there also. And Keith Richards has a big home there.

Many and perhaps most Americans who pay to see Tom Hooper‘s Les Miserables (Univeral, 12.14) will call it Lay Mizzruhbulls. This is how the girl with the mall accent will pronounce it when you call for showtimes on Moviefone. Gradually everyone will call it Lay Mizz, the default term for the B’way musical that ran from March 1987 through May 2003 (i.e., 6680 performances). 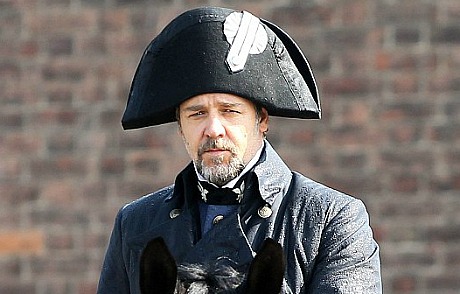 Russell Crowe as Inspector Javert during filming of Les Miserables.

Les Miserables will basically be this year’s Sweeney Todd. It’s an all-but-guaranteed Best Picture contender along with Lincoln, The Master, The Great Gatsby, Gravity and Anna Karenina. Zero Dark Thirty and Hyde Park on Hudson are likely contenders also.

Francis Coppola‘s “little fat girl from Ohio” quote has stuck for the last 21 years. Obit writers will, I suspect, include this along with Coppola’s great films — The Godfather movies, The Conversation, Apocalypse Now — and his winery and Zoetrope and everything else. Have any YouTube girls with the genius of Mozart sprung up since? I guess you could put Lena Dunham on this list.

I called Coppola cold at his Sherry Netherland suite one night in 1981. It was just before One From The Heart opened at the Radio City Music Hall in 1.33 to 1 — an event that 1.85 fascists are quietly seething about to this day. I taped the whole thing and ran the conversation as a q & a in two installments in The Film Journal, which I was the managing editor of at the time.

I was being a bit brash, of course, and I was definitely taking a political risk. Publicists can get very angry if you go around them. And you definitely didn’t want to mess with Renee Furst, who was Coppola’s flack at the time.

I’m now going to admit something that I’ve never admitted to anyone. I was buzzed on quaaludes when I called Coppola that night. Quaaludes loosen inhibitions, and this time they made me brash and cocky enough to just call him and say “hey, man” and keep him on the phone for roughly 90 minutes. (It might have been longer.) I’m not saying I would have chickened out without chemical fortification, but I might have…or I might have cut the call shorter out of politeness. Drugs and alchohol can and will kill careers, but this time — this one time — they helped mine.

I felt deadness in the world when I woke up this morning and went online. An absence of action, no pulse…couldn’t get off the ground. Nothing. And then this arrived. I don’t post stuff like this ever, but now I’m alive again. I’ve got my heart beating. The source is some guy called Sidewalk Freak or Social Vagrant or whatever.

I’ve got a song stuck in my head again and I can’t kick it out. It’s been with me since last night when I was buying stuff at Pavillions. The only way to get rid of the constant replay in your head is to listen to the track over and over on your iPhone until you can’t stand it any more. And yet I love this track and Los Lobos in general. Fucking great guitar.

The trailer for Alex Kurtzman‘s People Like Us (DreamWorks, 6.29) suggests a James L. Brooks-like relationship drama about romance, values, happenstance. But what sticks is the sound of Elizabeth Banks‘ nasally voice in the intro. In the mid ’40s Howard Hawks told the struggling Lauren Bacall to lower her voice — to make it sound smokier and huskier. She did that and the rest is history. Banks needs similar guidance. Or she needs to de-nasalize, at least.

10 Comments
Back Into It 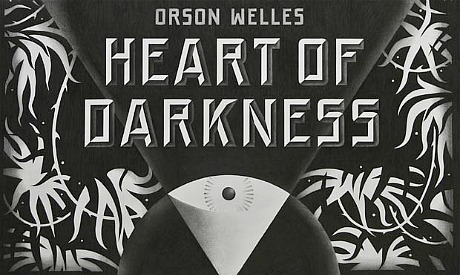 As anti-Obama hitjobs go, this one is fairly clever. Then again, what’s so heinous about stating an obvious fact? If and when Obama is re-elected next November he will have more flexibility. He’ll have more freedom to do and say whatever the hell he wants. What do righties think he meant when he said this to Dimitry Medvedev? “Don’t worry, bro…after I’m elected I’ll capitulate all over the place and you guys can do anything you want”?