These are the two scenes in Paul Mazursky‘s Next Stop Greenwich Village (both having to do with an abortion) that told me Chris Walken was someone else. Walken looks like he’s 22 or something. He was 32.

I went to dinner with friends a noche, and I was reminded that there are three things you should never do when you’re out for food on a weekend night in Los Angeles.

One, avoid clubby hipster places that are crowded and darkly lighted because they always attract socially aggressive under-35 types, and with the always oppressive house music the conversation levels are always really loud and assaultive. Always try to eat at unhip, semi-shlubby places that are past their prime.

Two, never sit next to a table of younger women numbering four or more. Once they’ve had their second glass of wine they always start giggling and whooping it up and shrieking. In fact, avoid sitting next to any groups of any gender or age. It’s better to eat fast food on the sidewalk.

And three, never send a dish back to the kitchen. I once worked at a short-order burger joint, and if the chef was in a bad mood he would spit saliva or phlegm or boogers into a dish before returning it to the customer. If you don’t like the way your food tastes just send it back and don’t ask for anything else. And make sure you can see the bartender prepare your next drink, just in case.

This iPhone/iPad/Android/Blackberry app is presumably an April Fool’s thing. But would it be wildly out of character if Steven Spielberg were to endorse a chain of this type? He’s been involved in theme-park promotions and TV spinoffs based on his films. It wouldn’t be much of a stretch. No Schindler’s List chili fries, of course, and probably no Lincoln dogs, but this kind of thing would be right up his alley. 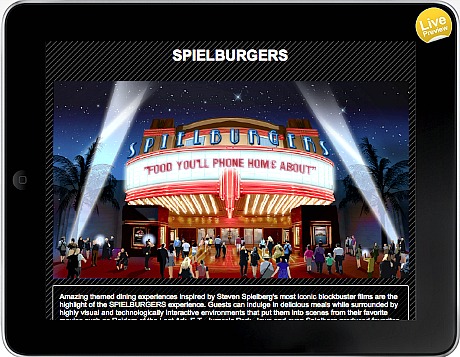 Super-scale, CG onslaught, urban destruction, chunks of plaster, shards of glass, super-heroes with dry, flip attitudes…whoa. I’m not the only one getting a Transformers 3 vibe from this. And a distinct feeling that it contains no serious surprises.

I love the fact that only minutes after the Total Recall trailer appeared this afternoon on Apple.com, some guy uploaded it to YouTube and wham…Sony’s online attorneys ran in like linebackers and blocked it. Bullies. Jerks.

The 1080 version really dazzles, obviously, but I’m also feeling a little bit of that Len Wiseman B-movie cheapness. He’s the Underworld guy — never forget that. Colin Farrell in a hot-stud, high-anxiety lead role again after being a character actor for the last four or five years. Kate Beckinsale obviously has the Sharon Stone part. It looks kinda skin deep. Possibly less substantial than Minority Report. Pure popcorn. There are indications.

The screenplay is by Kurt Wimmer and Mark Bomback, based on a story by Ronald Shusett, Dan O’Bannon and Jon Povill. The producers are Neal H. Moritz — cause for concern? — and Toby Jaffe. 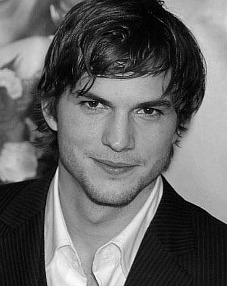 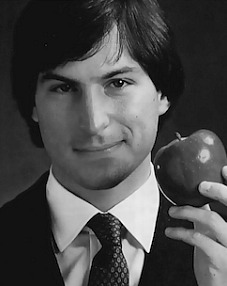 Now that Bully has been playing for two days, did anyone hear the f-bombs? Six of them are in there, but not so you’d notice. Did anyone hear more than one or two? Indiewire‘s Tom Brueggemann wrote this morning that Bully‘s $115 thousand gross and its $25,000 average in five situations “seems impressive,” although his assertion that “the ratings controversy [was] legitimate in its aim and necessity” is open to question.

Michael Woods‘ London Review of Books piece on Vincente Minnelli‘s The Bad and the Beautiful led me to this clip. Woods describes it as “the one truly terrible moment” in the film, and he’s right. The scene is labored and campy (Elaine Stewart‘s acting as “that low woman Lila” is awful) but — but! — when Kirk Douglas says to Lana Turner, “You couldn’t enjoy what I made possible for you, no…you’d rather have this,” it’s great.

I’m speaking of the way Douglas’s voice breaks and slips into self-loathing. It was a trademark of his — confessing some primal emotion or expressing some deeply felt principle, and his voice cracking under the emotional strain. It was one of the behavioral mannerisms that made him “Kirk Douglas,” and therefore a star. He was so perversely good at being Kirk Douglas that it didn’t matter if he was a histrionic type — he was delivering the goods.