In a 4.5 Indiewire piece about a recent New School panel discussion about “Film Criticism Today,” Matt Singer reports that contributing Film Comment editor Paul Brunick predicted that “the film critic of the future will be more like a DJ in a club…sampling and mixing together reviews that people have written, viral videos, and framegrabs.” If Brunick had said the film critic of the future “will randomly review movies and Blurays, lament the ComicCon-ing of film culture, dabble in political assessments, rail against 1.85 fascists and grainstorms, share personal stories about absolutely anything that happens and sampling and arguing with various film critics while posting videos and JPEGs of cats and Cannes Film Festival happenings and neon motel signs,” he would have…I don’t know, sounded more visionary-like, something.

Copied from “Mostly Awesome People Hanging Out Together.” All right, there’s no “Mostly” in the title. Captions unnecessary except for the top photo. 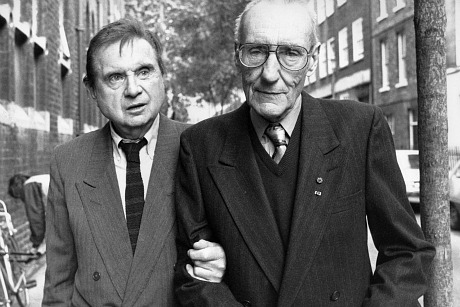 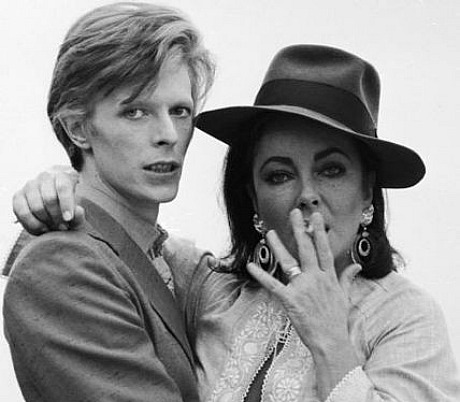 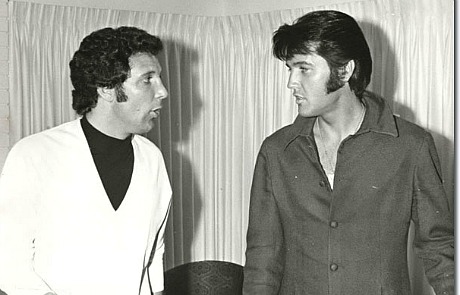 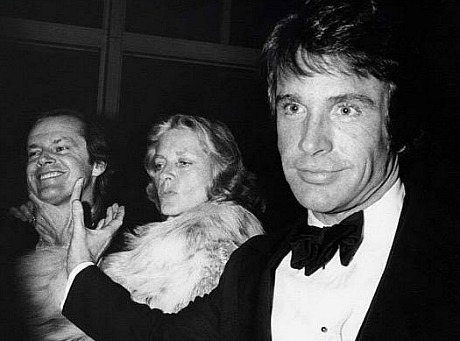 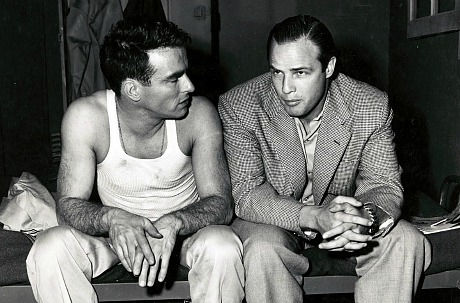 James Baldwin, Marlon Brando, Joseph L, Mankiewicz, Sidney Poitier, Charlton Heston and Harry Belafonte discussing the civil rights struggle in Washington, D.C., hours after the March on Washington for Jobs and Freedom, which culiminated in Martin Luther King‘s “I Have A Dream” speech, on Wednesday, 8.28.63. All the noteworthy lefties of the day (including Bob Dylan) were there.

23 Comments
The Hunger & The Odds

Yesterday The Hollywood Reporter‘s Alex Ben Block quoted Universal Studios president and COO Ron Meyer as saying that some of his recent remarks about “shitty” movies were taken out of context in a Jen Yamato Movieline piece from the Savannah Film Festival. Yamato’s article ran on 11.3.11. 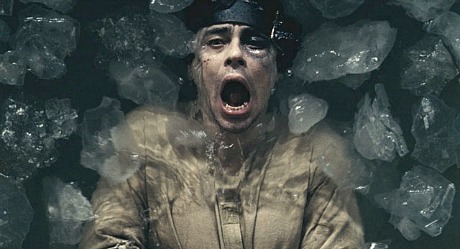 Benicio del Toro in The Wolfman

“I was quoted as saying Hollywood make[s] shitty movies,” Meyer told ABB. “What I said is we make some good movies and some shitty movies. [But] nobody ever sets out to make a shitty movie.”

I’m sorry, but that’s just not true. Studio guys decide to make shitty movies all the time if they believe that this or that shitty movie will make money. Even if a studio chief wants to only make quality films no matter what, he/she knows that there’s only so much talent out there, and that Sturgeon’s Law is more or less true — i.e., “90% of everything is crap.”

Actually that isn’t entirely correct, movie-wise. About 5% to 10% of films each year are excellent-to-very-good. The next 15% tend to be seen as okay, fairly good, half-decent, passable. The next 20% are not-so-hot, disappointing and/or tolerable but irritating. The bottom 50% or 55% are outright garbage.

All studio chiefs know that their job requires them to make money for the studio, and that means punching out a lot of Jimmy Dean link sausage and insipid CG Comiccon slop and whatever else might make a buck. Millions of people have no taste in movies. Look at all the dough being made by The Hunger Games, a mediocrity if there ever was one.

“We make a lot of shitty movies,” Meyer said in Savannah. “Every one of them breaks my heart. We set out to make good ones. One of the worst movies we ever made was The Wolfman. Wolfman and Babe 2 are two of the shittiest movies we put out, but by the same token we made movies we believe in. We did United 93, which is one of the movies I’m most proud of. It wasn’t a big moneymaker, but it’s a film I believe every American should see and it showed you what people can do in the worst of times and how great the human spirit is and all that, so there are moments that can make up for all the junk that you make.”

“Land of the Lost was just crap. I mean, there was no excuse for it. The best intentions all went wrong.”

“Scott Pilgrim, I think, was actually kind of a good movie. [Addressing a small section of the audience, cheering.] But none of you guys went! And you didn’t tell your friends to go! But, you know, it happens.”

“Cowboys & Aliens didn’t deserve better. Land of the Lost didn’t deserve better. Scott Pilgrim did deserve better, but it just didn’t capture enough of the imaginations of people, and it was one of those things where it didn’t cost a lot so it wasn’t a big loss. Cowboys & Aliens was a big loss, and Land of the Lost was a huge loss. We misfired. We were wrong. We did it badly, and I think we’re all guilty of it. I have to take first responsibility because I’m part of it, but we all did a mediocre job and we paid the price for it. It happens. They’re talented people. Certainly you couldn’t have more talented people involved in Cowboys & Aliens, but it took, you know, ten smart and talented people to come up with a mediocre movie. It just happens.”

For whatever reason I’d never watched this alternate finale scene from Titanic until this morning. Obviously it’s a little too on-the-nose (i.e, Rose repeating Jack Dawson’s “make each day count”), and it too conspicuously alludes to the uproarious laughter finale at the end of Treasure of the Sierra Madre. The only good bit is when the fat bearded guy tells Gloria Suart what he thinks of nonsensical romantic gestures.

If great wealth is lost through bad luck or some dark roll of the dice, wise men can find it in their hearts to laugh. And if a wealthy person decides to give away a large sum to a poor person or a noble cause, fine. But only fools throw valuable things into the sea.

The aesthetic fate of Catching Fire, the Hunger Games sequel, is back in jeopardy this morning. Nikki Finke and Mike Fleming are reporting that “multiple sources” have told them that director Gary Ross “has not formally withdrawn from the Hunger Games sequel”…zounds! Ross “is off on a family vacation and couldn’t be reached” — bullshit — “but these internet reports that described his withdrawal as definitive are simply not accurate,” per Finke and Fleming.

I wrote yesterday that if — if — Ross has left the franchise it’ll be a good thing all around because his direction of The Hunger Games was/is highly problematic. I also stated a suspicion that Lionsgate execs realize they can do better than Ross for the next two films, and if they’re smart they’ll nudge him toward other pastures and opportunities.

Earlier this week Hollywood Reporter critic Todd McCarthy suggested some alternative choices for the Catching Fire gig, given the mismatch with Ross. It’s unlikely Lionsgate will go for an auteur because they’ll want someone they can push around. But they’d be foolish to ignore what Alfonso Cuaron proved when he took the reins on Harry Potter and the Prisoner of Azkaban (’04), which is that talented directors can up the artistic ante while still delivering what the franchise requires.

McCarthy suggested Cuaron and four others:

Kathryn Bigelow: “If The Hurt Locker and Bin Laden filmmaker wants a mainstream gig, she could elevate the pedigree of the Katniss saga.”

Mel Gibson: Don’t laugh. If Catching Fire is one-third as exciting as Apocalypto, it would be dynamite. But can Mel do PG-13?

Walter Hill: “The old-guard director (The Warriors) could provide style and an authentic feel for action that was missing in the first film.

Nicolas Winding Refn: “If modern edginess and unexpected moves are desired for the sequel, then the Drive director could be the man to deliver them.”

HE’s own suggestion: Juan Antonio Bayona, director of The Orphanage and the forthcoming The Impossible.