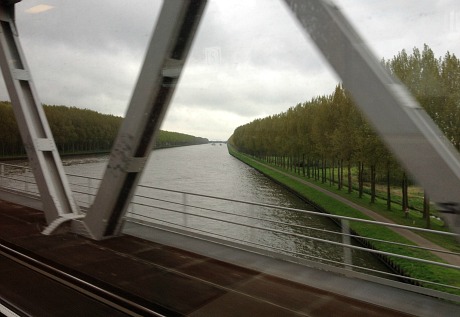 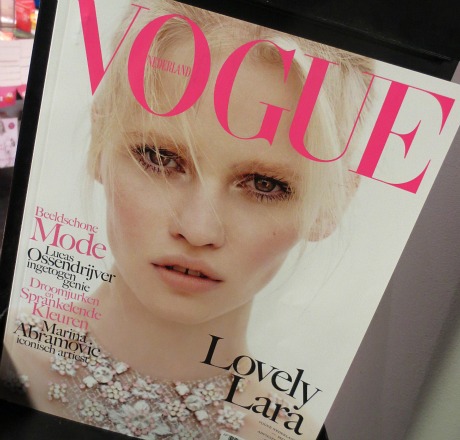 My first reaction when I saw this Vogue cover of model Lara Stone in the central Amsterdam train station was, “Jesus God, she looks like a fucking vampire.” Those blood-yellowish eyes and grayish gappy teeth…yeesh. 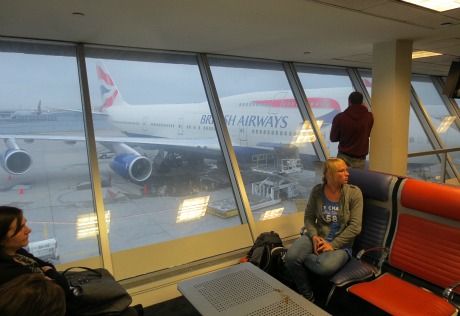 JFK lounge just prior to Thursday night’s British Airways 7:30 pm flight to London, which actually left at 8:30 pm, which created all kinds of pressure to make the London-to-Amsterdam connecting flight. But I made it. Just.
(More…)
May 4, 2012 11:12 pmby Jeffrey Wells
6 Comments
Solace

I love Berlin. I only got around a little last night (i.e., Friday) but much of it feels quiet and uncluttered and laid-back. Very little traffic of any kind. No real crowds anywhere. Everywhere you look there are soothing, almost whispery little dark streets. And cool-looking cafes and restaurants, and none overly crowded. Areas like Potsdamer Platz, where the Berlin Film Festival happens, are glitzy and brightly lit and tourist-afflicted, but this seems more the exception than the rule. Or so it seemed last night. 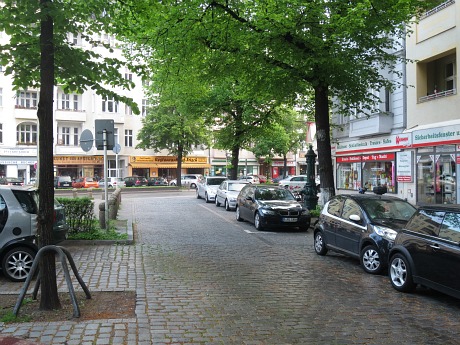 Adjacent to Amtsgerichtsplatz, a small park on Holtzendorffstrasse in southwest Berlin.

This is a town for people of taste and refinement. The cultural atmosphere feels cool and right and unhurried. In Paris there’s often the roar or at least the hum of traffic, and certainly the sound of scooters everywhere, buzzing around like hornets. Not so much here. Or at the very least, much less so. Huge sycamore trees with titanic leaders line the street where I’m staying. Big trees and abundant shade in a big city always instill a sense of calm. If someone had told me last night that I couldn’t stay indoors and I had to pitch a tent in Amtsgerichtsplatz, a small park across the street from where I’m staying, I would have been okay with that.

Last night at an Italian place I accidentally knocked over a bottle of black vinegar on the table, and it hit the floor and broke open. The black vinegar began to spread across the brick floor like blood in Francis Coppola‘s Dracula. A table of four people nearby were staring at it also. I was struck by how much we all were on the same wavelength, how we were more taken by the curious visual look of this black substance spreading across the floor than by any unsettled feelings about something being broken or a sense of “oh, what an asshole that guy is, knocking over a bottle of vinegar,” etc.

I thought for sure with jet lag and my screwed-up sleep clock that I would wake up at 3 or 4 this morning, but I crashed around midnight and slept right through to 6 am. 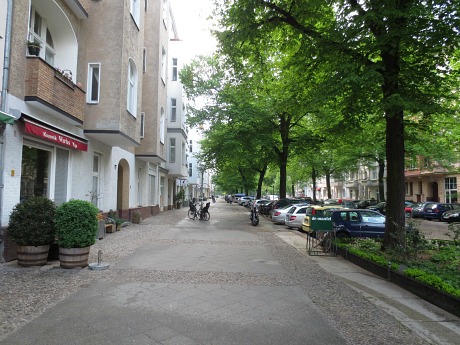 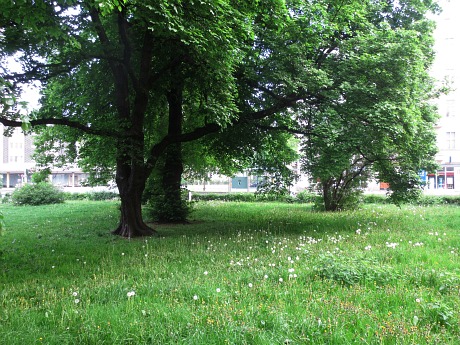 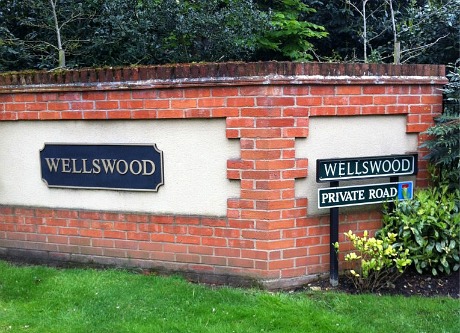 The waves of geek delight and ecstasy over The Avengers are detectable even to me, even in Berlin. I can feel it on Twitter…everywhere. Deadline‘s Nikki Finke reports that last night’s tally (it’s 7:39 am Saturday in Berlin now) is “thought to be $70 million (including $18.1 million from midnight) and $160 million-plus through Sunday.”

I don’t begrudge anyone their fun or their profit. It’s always a good or at least a passable thing when a film is hugely popular. Infectious vitality and all that. But at the same time I feel a bit lonely, cut off…surely there are HE readers who were only “shruggingly okay” with it? People who just sat there and went “okay, whatever, fine…I don’t hate it or anything….I guess doesn’t suck”? Who agreed with MCN’s David Poland that “it’s not actually a really good, memorable summer Movie Movie”? Or with Peter Keough‘s Boston Pheonix view that “what the Avengers really need is something to avenge, some compelling emotion or commitment; rallying the troops with blood-stained collectible trading cards doesn’t cut it.”

Or who even agreed with my view that “it’s corporate CG piss in a gleaming silver bucket”?

How high would be the Rotten Tomatoes and Metacritic numbers be if critics didn’t feel an instinct to go easy and go along with the mob? We all know this mentality sometimes takes hold. Better to join ’em and give it a shoulder-shrugging pass than buck the tide…right?

“Of the star-studded cast, only Mark Ruffalo (playing Bruce Banner) and Robert Downey Jr. (as Iron Man) bring any personality to the place-holder dialogue,” writes Chicago Reader critic Ben Sachs. “Overlong, monotonous, violent, and simple-minded, this is like one of those ‘World’s Biggest Gang Bang’ videos, except that no one onscreen appears to be enjoying himself.”

Across the globe geeks are warbling like tweety birds about the awesomeness of The Avengers, and they can have it. It’s 6:20 pm on a cool Friday, and I’m drinking in the incredibly beautiful, green and very flat German countryside flying past my first-class train compartment window at a much higher rate than 60 frames per second. Bad Bentheim, Rheine, Melle, Bunde.

I’ll be in Berlin a little after 9 pm this evening, but I love this ride and this train. Okay, no wifi but I’ve been without it since I flew out of JFK last night at 8:30 pm.

No wifi from British Airways. No time to even blink as I ran across much of Heathrow in order to make a London-to-Amsterdam flight that left at 9:40 am after my trans-Atlantic flight arrived at 8:30 am — a little more than six and a half hours. No wifi on the Dutch train, and no wifi on the German one. I’m tapping this out with my right thumb on the iPhone. Best I can do. I’ve taken some decent photos…later.

The weather was too damp and chilly this morning. Is this May or what? Let’s warm it up a little.

I slept in the train compartment for a couple of hours this afternoon. Very peacefully, I should add. Trains are great because the tracks go right by the most beautiful spots and right into the heart of most European towns and cities and you can really trip out on the pastoral and the sense of history and culture whereas highways are built outside and apart from everything — sterile, cleared-out ghetto land.

My ex and I honeymooned in East Berlin in late ’87 as part of a general Iron Curtain honeymoon tour, but that was too restricted as we couldn’t go into West Berlin. But we visited Checkpoint Charlie, and I got yelled at by a Soviet officer for trying to take a photo — “Nyet!” 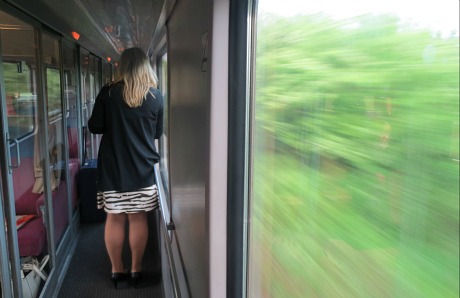