As Bluray.com’s Jeffrey Kauffman notes, Olive Films’ Bluray of Don Siegel‘s Invasion of the Body Snatchers “is presented with an AVC encoded 1080p transfer in 2.00:1. This somewhat unusual aspect ratio is the result of the film being repurposed prior to release in Superscope, a short-lived widescreen process that producer Walter Wanger was vehemently opposed to since he felt it deprived the image of clarity and fine detail. 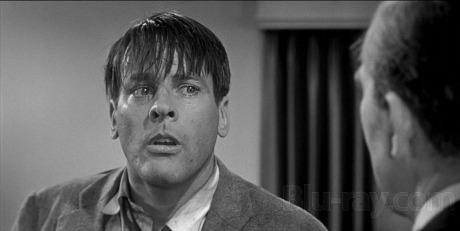 “Interestingly, Superscope was a post-production process which converted nonanamorphic source elements to an anamorphic format. The result is that there is a certain softness to some aspects of the film and this transfer, specifically with regard to midrange and far shots.

“That said, this high definition presentation is remarkably crisp most of the time, with very pleasing fine detail in the many close-ups, and decent if occasionally problematic contrast and some very deep and convincing black levels. Olive continues its tradition of releasing product that does not appear to have been even slightly digitally tweaked, so this retains a very natural filmic appearance. This is certainly heads and shoulders above the previous DVD releases, and despite some niggling problems should please the film’s ardent fans.”

I’ve always wanted to see a double billing of this paranoid classic about the 1950s conformity blanket, released in 1956, with The Man in the Gray Flannel Suit, also released that year. Joined at the hip in more ways than one.

Warner Bros.’ decision to move up the release of Tyker/Wachowski’s Cloud Atlas from December 6th to October 26th means one thing, I suspect. The nearly three-hour-long time-tripping fantasia has been described as a marketing challenge, so I suspect that WB sharpies decided it needs to time to germinate and grow in the minds of ticket-buyers, journalistic know-it-alls and Academy/guild members. It’s not a one or two weekend wham-bam, thank-you-ma’amer for ADD fools. It’ll have to be poked and dissected and settle into the cultural bloodstream. 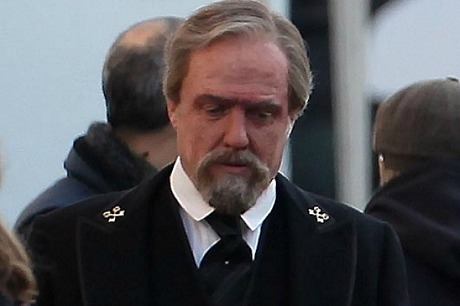 One of Hugh Grant’s many Cloud Atlas guises.

But isn’t it time for a few officially sanctioned photos? It’s almost July and you still can’t find anything online except surreptitiously captured set photos. And when are we going to see the first teaser? Within the next three or four weeks, I’m guessing. And where’s the official Cloud Atlas website?

31 Comments
This’ll Do For Now

I don’t think I can watch any more Dark Knight Rises trailers after this. This is it. I’m done, spent. I’m even feeling a very slight Dark Knight backlash impulse building within. (Just a little tiny trace of one.) Is it me or does this trailer seem to emphasize Joseph Gordon-Levitt just as much if not a bit more than Christian Bale?

In a review dated 6.25, New Yorker critic Emily Nussbaum conveys some admiration for Aaron Sorkin‘s The Newsroom (HBO, premiering 6.24). She says it has the same kind of energy that The West Wing and The Social Network had. But mostly she rips into it, and into Sorkin’s writing style. Episodes 3 and 4 suck, she says. Especially 4. She hasn’t seen 5 through 10.

But I don’t know. There’s something about Nussbaum’s own fevered writing style that suggests she might have been thinking about picking a fight with this show no matter what. She seems to enjoy being pissy and ultra-particular, or so I’m sensing. In any event, The Newsroom needs someone to ride in on a white horse and say, “Nussbaum is a smart and feisty writer, but she has a stick up her butt! Listen to me instead!”

“This is not to say that The Newsroom doesn’t score points now and then, if you share its politics,” Nussbaum writes. “It starts effectively enough, with an homage to Network ‘s galvanizing ‘I’m mad as hell’ rant, as McAvoy, a blandly uncontroversial cable big shot whom everyone tauntingly calls Leno, is trapped on a journalism-school panel. When the moderator needles him into answering a question about why America is the greatest country on earth, he goes volcanic, ticking off the ways in which America is no such thing, then closing with a statement of hope, about the way things used to be.

“This speech goes viral, and his boss (Sam Waterston) and his producer, MacKenzie McHale (Emily Mortimer), who’s also his ex-girlfriend, encourage him to create a purer news program, purged of any obsession with ratings and buzz.

“Much of McAvoy’s diatribe is bona-fide baloney — false nostalgia for an America that never existed — but it is exciting to watch. And if you enjoyed The West Wing, Sorkin’s helpful counterprogramming to the Bush Administration, your ears will prick up. The pilot of The Newsroom is full of yelling and self-righteousness, but it’s got energy, just like The West Wing, Sorkin’s Sports Night and his hit movie The Social Network.

“The second episode is more obviously stuffed with piety and syrup, although there’s one amusing segment, when McAvoy mocks some right-wing idiots. After that, The Newsroom gets so bad so quickly that I found my jaw dropping. The third episode is lousy (and devolves into lectures that are chopped into montages). The fourth episode is the worst. There are six to go.”

Great, just what we need — another scheming ego queen of a certain age, out to destroy a fair young maiden. The similarities between Angelina Jolie‘s raging bitch in Malificent and the animated queen in Disney’s 1959 Sleeping Beauty are something to start with. No harm in it. But after the last two Snow White movies…you know what I’m saying. 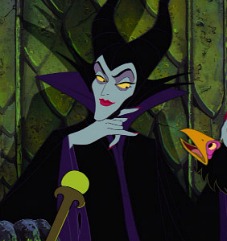 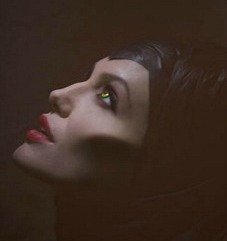 The Jungfrau (German for “virgin”) is one of the main summits in the Bernese Alps. Together with the Eiger and Monch, the Jungfrau forms a massive wall overlooking the Bernese Oberland. Visually thrilling, awesome, fascinating — adjectives fail. The journey to the Jungfraujoch — at 3454 metres Europe’s highest altitude railway station — is two hours each way from Lauterbrunnen. That plus hiking uphill for 90 minutes through snow and clouds lasted six and a half hours. 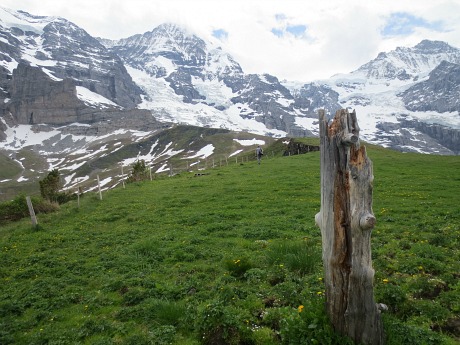 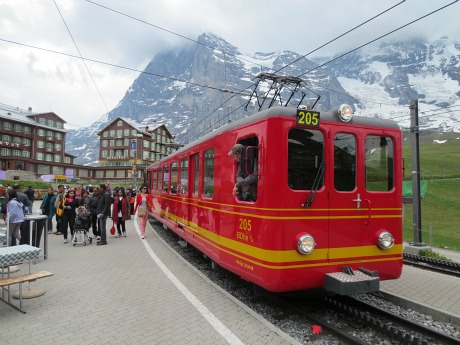 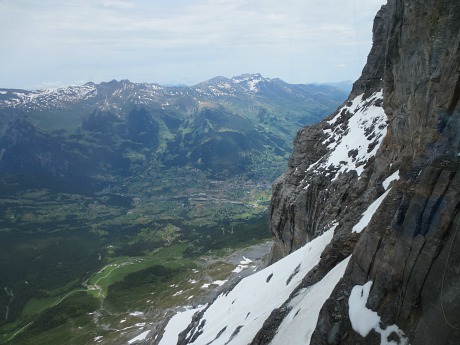 If Paul Thomas Anderson‘s The Master is going to play the Venice Film Festival, as rumored, surely there’s a decent chance it’ll also play Telluride…no? Along with Terrence Malick‘s To The Wonder and Brian De Palma‘s Passion with Rachel McAdams and Noomi Rapace (which will probably be minor at best — DePalma’s best days are long past)

Obviously I can’t deliver the usual energy and absorption when I’m spending much of my time hiking around the Bernese Alps in Switzerland. But I haven’t enjoyed any serious downshifting in ages, and if you don’t do this at least once every eight or ten years you’re probably going to suffer some kind of loss that will diminish creativity or the bank balance or both. Live and let live, right? It’s only for another eight or nine days and then it’s back to the L.A. grindstone.