“When someone reboots a film franchise, as the makers of The Amazing Spider-Man have done, what are we meant to think of the original boot? The first Spider-Man came out in 2002, followed by its obligatory sequels in 2004 and 2007. If you are a twenty-year-old male of unvarnished social aptitude, those movies will seem like much-loved classics that have eaten up half your lifetime. They beg to be interpreted anew, just as Shakespeare’s history plays should be freshly staged by every generation.

“For those of us who are lavishly cobwebbed with time, however, the notion of yet another Spider-Man saga, this soon, does seem hasty, and I wish that the good people — or, at any rate, the patent lawyers — at Marvel Comics could at least have taken the opportunity to elide the intensely annoying hyphen in the title. Or does merely suggesting such a change make me a total ass-hole?” — from Anthony Lane‘s New Yorker review, dated 7.9.

Network’s Odd Man Out Bluray “is quite impressive. Contrast levels are well balanced and stable, most close-ups convey very pleasing depth [and] the noirish dark sequences with the long shadows boast excellent clarity. The best news is that there are no traces of excessive de-noising. All in all, Network’s restoration has produced some marvelous results, and I must speculate that this is indeed the very best Carol Reed‘s film has ever looked.” — from Dr. Svet Atanasov‘s 6.29 review. 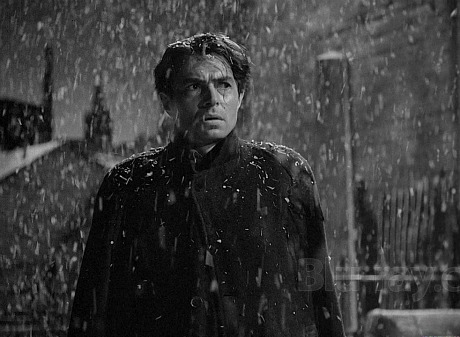 The Bluray containing an 186-minute cut of Kenneth Lonergan‘s Margaret streets on 7.10. (The version that opened and re-opened last year runs 150 minutes.) On 7.9 the three-hour-and-six-minute Margaret will screen at Manhattan’s Sunshine theater with a q & a to follow with Lonergan, Mark Ruffalo and Matthew Broderick submitting to Tony Kushner‘s questions. A subsequent LA screening with Lonergan and Anna Paquin doing a post-screening q & a happens on 7.17 at LACMA. Here’s my positive review of the two-and-a-half-hour cut, which I ran after finally seeing a screener last December.

While Savages director Oliver Stone “manages to deliver the guilty pleasure shoot-’em-up that the material begs for, he can’t make the wild ride last,” writes Indiewire‘s Eric Kohn. “[But] he does find a way to editorialize with it. The single greatest deviation from the source material is the movie’s ending, which turns away from the Butch Cassidy reference point in favor of something closer to The Sting.

“Stone eventually arrives at a crowdpleasing finale that’s at once troublesome and provocative. No matter how unsettling Savages gets, it retains the DNA of a fairy tale. That takeaway creates the perception of the war on drugs as a fantasy played out in the minds of its participants, and in that regard it represents Stone’s most radical political statement in years.”

Savages (Universal ,78.6) is currently running at 91% on Rotten Tomatoes and an inconclusive 72% on Metacritic (only three reviews).

What’s the point of being a 1.85 fascist if you’re not going to be that thing when some renegade Bluray distributor defies the rules? Does Bob Furmanek believe that all non-Scope Hollywood studio films released after April 1953 were projected at 1.85 or not? Olive Films’ forthcoming Bluray of Nicholas Ray’s Johnny Guitar (originally released on 5.27.54) is presented at 1.37 to 1, despite the fact that the 1.85 mandate had been adopted by the nation’s theatres approximately 13 months before the film’s theatrical release. And not a single 1.85 fascist has said boo. 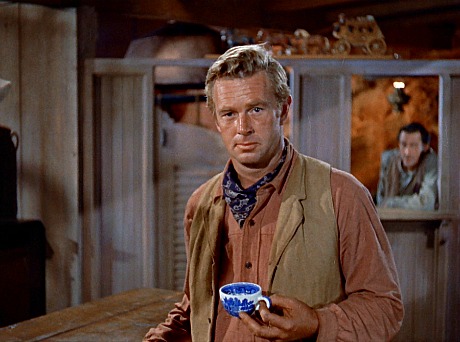 Bluray.com’s Jeffrey Kauffman hasn’t mentioned it. DVD Beaver‘s Gary Tooze notes that the film was “composed for 1.66” but presented at 1.37.

You may not agree with my “boxy is beautiful” theology, but at least I say what I feel and let aspect-ratio revisionists like Furmanek have it with both barrels when they advocate for the CLEAVER-ing of classic ’50s films that have been savored for decades at 1.33 or 1.37. At least I respond like a man, which is more than you can say for Furmanek and his ilk. Am I wrong? Has Furmanek written anything? Has anyone?

I can already hear the counter-argument. Johnny Guitar wasn’t a big-studio film — it was produced by Republic Pictures — and was therefore exempt from the 1.85 masking rule that applied to all major releases in all of the nation’s theatres. But Ray and his producer, Herbert J. Yates, were obviously aware that the 1.85 word had gone out and that theatres were using 1.85 aperture plates on all non-Scope films. By what logical basis would Ray and his dp, Harry Stradling Sr., compose for 1.37 and expect that it would be seen that way in theatres? They might’ve composed for 1.37 in their hearts (as I believe Elia Kazan and Alfred Hitchcock did during filming of On The Waterfront and Dial M for Murder) but there was no rational reason for them to expect that their film would be projected at 1.37, at the very least in big-city theatres where the new standard was adopted right away. 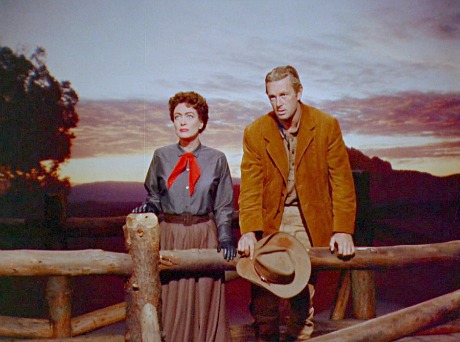 Conversation between two projectionists in the booth for New York’s Mayfair theatre (later called the DeMille) on 5.28.54:

Projectionist #1: Where are the 1.37 aperture plates?

Projectionist #2: Why do you wanna know? We don’t use those any more.

Projectionist #1: Okay, but after closing last night I ran Johnny Guitar last night at 1.37 — I was curious, all right? I’m also sentimental — and it looks pretty good. It looks nice and boxy with plenty of headroom so fuck it…why don’t we just run it that way for the public?

Projectionist #2: But everything is projected at 1.85 now. Has been for a year now. Whaddaya doin’? You can’t improvise this stuff. 1.85 is the new law.

Projectionist #1: Have you read the instructions from Republic?

Projectionist #2: No. What are they gonna say, keep it focused?

Projectionist #2: But Dial M For Murder, which opens tomorrow, is being projected at 1.85. That’s what they’re requiring. They can’t go back and forth like this. Run this film at 1.37, run that one at 1.85, run the next one at 1.66. It’s too confusing. I don’t want to lose my job over this shit. We need to stick to a single standard.

Projectionist #1: Fuck it. Are we free men or slaves? What do those assholes know? The film delivers an image of 1.33. Who are they to say whack it down to 1.85? Fuck those guys.

Only in yellowed trade paper reports and in the steel bear-trap minds of 1.85 fascists was 1.85 absolutely adhered to without exception in each and every theatre, all the time starting in April 1953.

Barack Obama has his own voice and stylings, but I miss this kind of bite and certainty and unapologetic advocacy for progressive liberalism and social responsibility, and the backbone to identify conservatives for what they are — petty, selfish, small-minded. “We are concerned with the progress of this country…cooperation between a progressive citizenry” — mostly a memory these days, in large part due to Fox News — “and a progressive government is what made this country great.”

Andy Griffith passed this morning at age 86. Griffith was a kind, folksy, highly intelligent guy and nobody’s fool, but the fact is that he peaked creatively during the ’50s. You can reminisce about The Andy Griffith Show (’60 to ’68) and Matlock (’86 to ’95) all you want, but 55 years ago Griffith, Elia Kazan and Budd Schulberg made an eerily prescient film — A Face In The Crowd — that captured what Fox News is basically all about, and they did so 41 years before Rupert Murdoch‘s network was launched.

“This whole country is just like mah flock of sheep,” said Griffith’s Lonesome Rhodes in a key third-act scene. “Rednecks, crackers, hillbillies, housefraus, shut-ins, pea-pickers…everybody that’s got to jump when somebody else blows the whistle. They’re mine, I own ’em!…they think like I do!…only they’re even more stupid than I am so I gotta think for ’em.”

Griffith never did anything braver or more brilliant or spot-on or lasting.

In second place is Griffith’s Will Stockdale in No Time For Sergeants (’58), in which he was very funny. I’ve always loved that film for never portraying Stockdale as an idiot — under-educated and a hayseed, yes, but basically a decent fellow — fair-minded, straight-shooting — and “intelligent” as far as it went in a denim overalls vein.

I also admired (i.e., agreed with) Griffith’s pro-Obama commercial with Ron Howard, which Funny or Die ran during the ’08 campaign, and his pro-Medicare/Obamacare spot.