I’m posting this from the craphole-ish Knights Inn in Flagstaff. Three hours and 45 minutes from LV’s McCarran Airport. I drove 80 to 85 mph, but I always stay behind another guy going a little faster (i.e., the stalking-horse system) so the Arizona fuzz will pull him over before they come after me. But there were no bulls anywhere. All I know is, this place smells like Lysol disinfectant.

Last night I caught Hope Springs (Sony, 8.10), which is not what the trailers are selling — i.e., a chuckly, easy-going “comedy” about a 60ish straightlaced couple (Meryl Streep, Tommy Lee Jones) rediscovering sex and romance through therapy. I would instead call it a modest, agreeably honest, dialogue-driven two-hander about…well, heart and trust and intimacy and such. And very well acted, especially by Streep.

Intimacy is never easy for guys, particularly conservative boomers, but you can’t live any kind of life without it and we all need to give it up, and so you have to give Hope Springs credit for trying, at least, to nudge us in the right direction. It was said last night that “this movie is going to change lives.” I don’t know about that, but it’s nice that a commercial movie is even poking at this subject.

It’s seasoned with light humor and…okay, one laugh-out-loud gag set in a movie theatre, but it’s mainly an appealing, plain-spoken relationship “talk” piece that fiddles with sadness and old-age melancholy without digging into it too deeply. It’s honest and respectable with making things too uncomfortable. Love sustains and refreshes and makes it all worthwhile, but who wants to get into facing the last third of your life and being past your sexual prime and not working out like you used to and popping Cialis? Gnarly stuff, that. Certainly not the stuff that sells popcorn.

Imagine what the great Mike Leigh or somebody on his level would do with a story about a 63 year-old housewife looking to jazz things up with her husband of 30-odd years. Something a bit bolder and more invasive than Hope Springs would emerge, I’m thinking, but at the same time something less commercial, even with the great Meryl Streep in the lead. So it seems right that Hope Springs doesn’t try and drill too deeply. It feels like it’s aimed at those who wants to believe what it’s selling — i.e., over-40 women and couples.

The feeling I got last night (I saw it with an older crowd at the Aero) is that the audience was content with Hope Springs and definitely respectful of its originality and intentions, but at the same not exactly lifted out of their seats. But they seemed happy with it, agreed with it, liked it.

I have to leave for Monument Valley in an hour or so so all I can do is repeat that this modestly-made film, produced by Todd Black and Guymon Casady and directed by David Frankel (The Devil Wears Prada) after Mike Nichols bailed, is deeper and more touching than what those lying-ass trailers have been selling, and that the script by Vanessa Taylor isn’t exactly dense with plot turns but it does have an arc — when will Jones finally open up and let intimacy take its course? When will he finally treat Streep with a little romantic respect and show a little vigor in the sack?

I’ll have plenty more to say this weekend or next week. I wasn’t going to write anything but I heard last night that the embargo had been lifted so I dove in as much as I had time for. 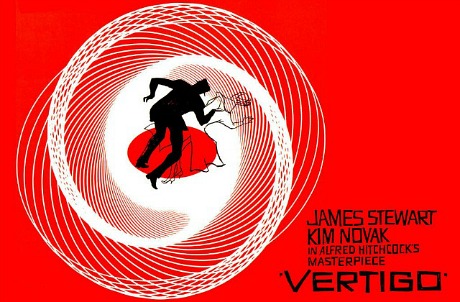 “Two and a half hours after it finished screening in the Grand Palais, Lee Daniels‘ The Paperboy is being primarily spoken of as the Nicole Kidman-pees-on-Zac Efron flick. Her line before she does so — ‘If anyone’s gonna pee on him, it’s gonna be me’ — is also tweeting around.

“In other words, the press gang at Cannes thought The Paperboy was mostly a joke.

“Which is what Daniels apparently intended on some level — to flavor or season it with foolery. I love it when referenced goof humor is thrown into a drama, but the film has to be believable in the usual ways — you have to accept the bedrock reality of the story and characters — but almost all of The Paperboy reeks of fake. Bits and flourishes are pasted on and thrown at the wall. The result is something sloppy, inept and — sorry — appalling.

“Defenders (like Guy Lodge) have called it a camp classic and…whatever, an instant midnight movie for stoners. I actually think it might find some traction in this vein. But most reactions have been mocking and derisive. The response at the end of the 8:30 press screening went beyond boos. A guy somewhere to my right got a case of the giggles around the two-thirds mark and couldn’t stop…’Hoo-hoo-hoo…oh-hee-hee-hee!'” — from my 5.24.12 Cannes Film Festival review.

So all in all, maybe 2000 or 3000 people in the entire world, if that, are going to notice that The Master was shot in 1.85, which is a departure, yes, for Paul Thomas Anderson.

But why shoot only half (or something close to half) of The Master in 65mm and the remainder in 35mm? To save money? Why not go whole-hog? I also wonder how many viewers will be able to tell which portions were shot in 65mm (which becomes 70mm when projected) and which portions were shot in 35mm. I’d like to think that I could tell the difference, but with today’s sophisticated lenses and ultra-sensitive film stocks plus high-end digital running through everything nowadays and even seasoned professionals not being able to tell the difference between film and digital, or at least not being 100% sure?

I honestly don’t think it matters that much anymore. Kodak is dead. Celluloid is almost dead. We have a ways to go before I can write that film is “dead, dead, deader than dead” but we might as well face facts and admit that it’s just about finished now and the only thing keeping it afloat are PTA and Chris Nolan and Wally Pfister and Reed Morano and a few other dps +Davy Crockett, Colonel Travis and Jim Bowie.

Can anyone imagine any director today shooting the final dialogue scene of a film — not a dialogue but a soliloquy scene, actually — in which the eyes of the lead actor are covered by the brim of a hat? This is one of the most brilliantly composed shots in any Hollywood drama, ever. The director of The Ox-Bow Incident was William Wellman; the dp was Arthur C. Miller (Young Mr. Lincoln. How Green Was My Valley, The Song of Bernadette, A Letter to Three Wives, The Gunfighter).

I don’t know why there are no YouTube or Vimeo clips from Franklin Schaffner‘s 1964 film version of Gore Vidal‘s The Best Man…but there aren’t. But one of Vidal’s best lines came from it: “There are no ends, only means.”

Poor RPatz is said to be distraught beyond measure and “questioning everything” in the wake of KStew’s betrayal of their relationship by…okay, not necessarily boinking but wallowing in some kind of squishy physical proximity with Snow White and the Huntsman director Rupert Sanders. He’s now reportedly hiding out at Reese Witherspoon’s $7 million ranch in Ojai.

Let me explain something here, and I’m doing so because the gossip rags never even glance in this direction. The worst thing you can possibly do on this planet is to be complacent and question nothing, and the best thing you can possibly do is to embrace an existentialist philosophy and question everything. So as painful as the last few days have been for him, RPatz has, if nothing else, experienced significant spiritual growth as a result of this trauma…and that’s not something that young guys tend to come by naturally. So he’s basically in a much better place plus he gets to hang out in Ojai for a while and maybe boink a local or two.

I’ve noticed, by the way, that if you stay at a friend’s place (i.e., a home or apartment that they own or are leasing but aren’t sharing with you) they don’t want you boinking anyone. They’ll never say so in so many words, but under their roof they want you to live a monastic and fastidious life of denial and book-reading and contemplation with constant dusting and cleaning. They don’t want any heated activity or discharges of any kind, which they feel will sully or stain their place on some permanent level even with the cleaning of sheets and the use of Glade air fresheners and a top-tier cleaning service. A word to the wise.