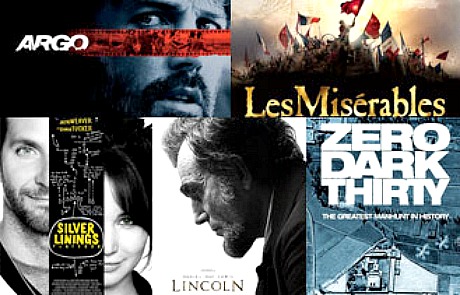 With all the online-voting issues going on, you’d think the Academy of Motion Picture Arts and Sciences would extend the balloting deadline by 72 hours, or to Monday, January 7 at 5 pm. Give people a bit more extra time to watch those screeners, etc. But no — they’ve decided to bump it a mere 24 hours. The new deadline is Friday, January 4th, at 5 p.m. Pacific.

Those who can’t finagle their way through the Academy’s much-lamented online voting software will have the option of submitting a paper ballot. They can buy #2 pencils and erasers at CVS or Walmart.

“By extending the voting deadline [by 24 hours] we are providing every opportunity available to make the transition to online balloting as smooth as possible,” Academy COO Ric Robertson said in a statement. In other words, extending the deadline to Monday at 5 pm would’t be feasible? The nominee announcement happens at 5:30 am on Thursday, January 10th, so the Academy would have a full two days to tabulated the votes of the last-minute stragglers. That’s obviously more than enough time.

I naturally took this up with the all-but-worthless, know-nothing techies at my appalling internet service provider known as Softlayer. I started a trouble ticket with them but it took hours to find a tech support person whose vocabulary and attitude indicated even a glimmer of intelligence and/or a willingness to try and solve the problem.

This is my fault, of course, because I didn’t ditch these guys last year. My life becomes a head-throbbing hell when this stuff happens. And it totally turns off the juices that need to flow in order to think and write articles.

I tried to enlist my regular tech-support guy but he’s got a full plate and a family and so on. About 25 minutes ago I finally found a very nice, intelligent-sounding Softlayer techie named Nicole who is now trying to figure out the coding problem that is causing the white-page Janusz Kaminski appearance.

The second splitting headache has been caused by Firefox. A bug in Firefox 17 (i.e., the current version) has retained the malware warning that was going up when I got attacked by a Kazakhstan trojan on 12.24. Hollywood Elsewhere is totally free of trojan infection — Google has issued a clean bill of health, the ad server where the infection was centered has been updated with the password changed, and the password to the guts of the site has also been changed — and yet Firefox is still warning people about nonexistent malware.

There’s no way to remedy this as long as Firefox 17 is current, but the situation will be fixed when Firefox 18 is made available sometime between January 6th and January 9th. So the Firefox malware flag will allegedly disappear when you go to Hollywood Elsewhere IF you start using Firefox 18 a week from now, but it will hang around if you stay with Firefox 17. Firefox 19 will be released on 2.19, it says here. Many thanks & Happy New Year, Firefox!

I was working on a Most Noteworthy HE Jottings of 2012 piece. Pick and highlight the best stuff posted throughout the year, month by month. But that was too hard to do in a single day. I should have begun a few days ago — my bad. And then some more technical crap happened. Awful stuff. I’m glad I don’t own a gun. Sometimes I just want to inject opiates. But there’s comfort, at least, in knowing I’ll remember Fake Armond’s “fine mulled wine” tweet for many years to come.

It’s being reported that Republican intransigence will cause Congress to miss the fiscal cliff deadline, and so the country technically will go over it tonight…but with a bungee cord. So forget crashing on the rocks.

2012 began with the depression of The Artist being the all-but-guaranteed Best Picture winner, and it’s ended with the depression of Oscar handicappers (Gurus of Gold, Gold Derby guys) lazily forecasting with all the vim and vigor of a 74 year-old fat man that Steven Spielberg‘s Lincoln has the strongest head of steam, blah blah. Please don’t listen to their tired consensus thinking, which is a kind of virus that spreads from one lazy mentality to the next.

There is something so profoundly passive and deflating with the idea of choosing a rotely admirable procedural about passing a certain piece of legislation as The Year’s Finest Film. History demands that you bring something more than droopy eyelids and tired blood to the debate. Lincoln is almost the President Mubarak of Best Picture contenders. I say “almost” because it doesn’t espouse venality and corruption. But it’s certainly the safe, traditionalist choice. Civic-minded and old-schoolish, heavily funded, nicely crafted except for Janusz Kaminski‘s milky lighting…a nice, easy, retirement-village pocket drop.

I recognize that the Spielberg-kowtow crowd believes that Lincoln is the easiest nod-off (in the same way that Chicago and The Artist were easy-wheelchair picks) and therefore a default Best Picture winner. But why? I am telling you with every fibre and molecule that I can bring to this moment and this sentence that they’ve just slumped into the idea because everyone else has slumped into it. Why do they believe everyone else has swallowed the same sleeping pill? One reason is that the Gurus of Gold and the Gold Derby guys are saying so.

Do you see now what a terrible thing it is to listen to these guys (and I’m saying this as a member of the Gold Derby team)? They propulgate safely mediocre thinking.