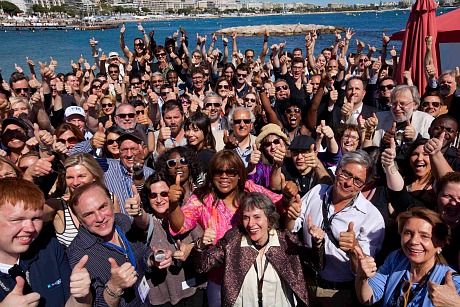 Like Sasha Stone, I’ve succumbed to an emotional downshift attitude as far as the Cannes Film Festival is concerned. Tomorrow is my last full day. James Gray‘s The Immigrant at 8:30 am, Jim Jarmusch‘s Last Lovers Left Alive at 7:30 pm and in-between a Nebraska round-table session at the Carlton. I don’t feel like seeing or doing anything more than these three things. I’ve just about had it with the 18-hour days. I’m getting a little ornery about this stuff.

I saw Nebraska this morning and then Blue Is The Warmest Color, which took me into the early afternoon, and then I did some writing in the Orange cafe, blah blah. And then I began to feel a little bummed about the Payne. I guess I was secretly looking for an emotional-aesthetic Nebraska uplift of some kind, and when it didn’t manifest according to expectations, I went into a private tailspin. I felt as I was in a B-17 over Germany with one of my engines on fire. I bailed out with my parachute and I landed somewhere near my apartment at 7 rue Jean Joseph Mero, dazed and shaken and asking myself “What happened? Who am I? Why do I feel this way?”

5 Comments
Down With This

I spent three hours watching Abdellatif Kechiche‘s Blue Is The Warmest Color (11:30 to 2:30) and then I ran right into the Jerry Lewis press conference and I’ve been diddling around in the Orange press cafe since so I haven’t had time to post anything. And I have to leave for a 5:30 screening in about 15 minutes or so. It’s an involving, very intimate, emotionally readable film about a lesbian love affair…but just one about a love affair, really. People tumble, they’re entranced, they dig into their lives, complications develop and differences occur. 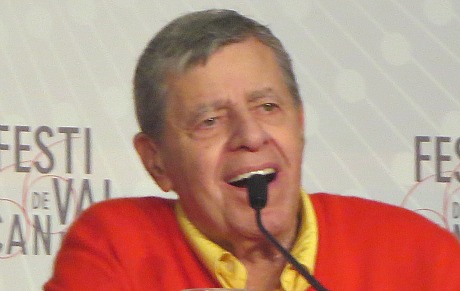 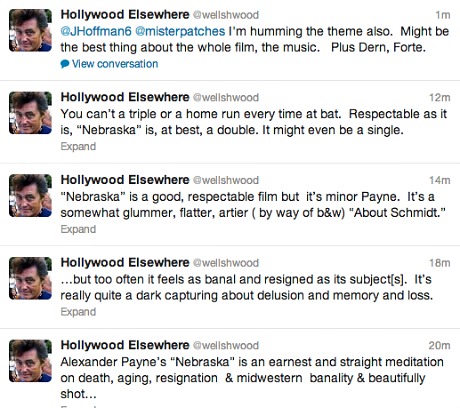 I’m in this glorious Cannes realm, surrounded by devout Catholics. And then there’s the outside world, the real world, the Jason Sudekis-Jennifer Aniston world.

The word is so good on Blue Is The Warmest Color (La Vie d’Adele) that I’m going to catch it at 11:30 am, and in so doing bail on the 11 am screening of Daniel Noah‘s Max Rose. Update: Max Rose press screening cancelled so that settles it. Lesbian flick is three hours long, but people are creaming. The length of Blue means I’ll also miss today’s Jerry Lewis press conference at 2:30 pm. 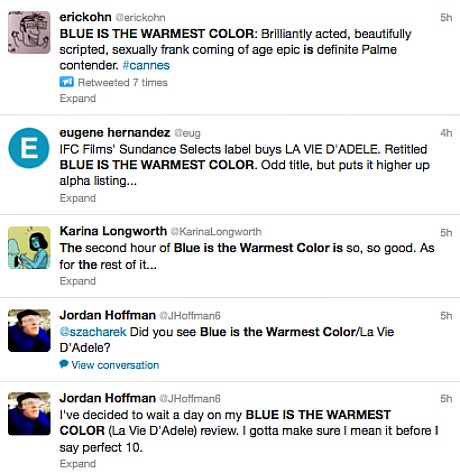