I can’t sing like a professional or even a gifted amateur, but I can definitely sing “Happy Birthday” on-key. Which is more than 97% of your Average Joes and Janes can manage. I can’t tell you how many times I’ve listened to a table of restaurant revelers try to sing it and not hit a single true note. It’s pathetic. We’re not talking about singing “The Star-Spangled Banner” here. “Happy Birthday” is a popular tune because any whoop-dee-doer can sing it, except most folks can’t find the key of G to save their lives and forget holding onto the melody if they could. Bad singing is all about emotional timidity. Singing on-key takes a certain open-heartedness. You can’t be covert about it. All I know is that every time a table launches into “Happy Birthday” I grimace and go “oh, God…here we go.’

A trustworthy source informs that Spike Lee and Josh Brolin shot an ambitious fight sequence for the forthcoming Oldboy (FilmDistrict, 11.27) that was timed at 14 minutes and 30 seconds without a cut. I asked Brolin about this and he replied as follows: “Your source doesn’t understand that if I did a non-stop 14 minutte and 30-second second fight sequence, I’d be dead now. To get through 45 seconds (when we started rehearsing it) left me blanched and heaving. I won’t tell you how long the fight is but it is unique. ”

“After splitting her time between New York and Paris, Nico got the lead role in Jacques Poitrenaud‘s Strip-Tease (1963). She recorded the title track, which was written by Serge Gainsbourg but not released until 2001, when it was included in the compilation Le Cinema de Serge Gainsbourg.” — from Nico’s Wiki page.

The basic thrust of Brooks Barnes‘ 7.30 N.Y. Times article about Neil Blomkamp‘s Elysium (Sony, 8.9) is that tracking is looking iffy due to possible audience perceptions of familiarity and repetition (I noted the similarities to Tom Cruise‘s Oblivion six weeks ago) and that (b) Sony can’t afford three tanks in a row following the After Earth and White House Down shortfalls.

I don’t want to handicap the Best Picture chances for David O. Russell‘s American Hustle by over-praising it based on nothing but a trailer but…do I really have to say it? The cup runneth over. In Like Flynn. And Led Zeppelin‘s “Good Times, Bad Times” ties it all together like Jeff Lebowski‘s oriental rug. (Thanks to Awards Daily‘s Sasha Stone for alerting me to this — I didn’t expect to see a trailer until late September or October.)

I didn’t like the idea of Ben Stiller‘s The Secret Life of Walter Mitty (20th Century Fox/Samuel Goldwyn, 12.25) because (a) I never much cared for the 1947 Danny Kaye version but more to the point (b) I’ve always half-despised the idea contained in the original James Thurber story, i.e., a mouse living in a fantasy cave. Whether or not I attain success or failure in life I will at least tough it out in the real world — only losers who take long showers retreat into constant daydreams. So eff this movie, I’ve been telling myself all along. I’m not a fucking mouse and I don’t want to know from Mitty-hood.

A good percentage of the cast of Rob Epstein and Jeffrey Friedman‘s Lovelace (Millenium, 8.9) sat for a press conference today at the Mandarin Oriental hotel near Columbus Square. Amanda Seyfried, who portrays the victimized Linda Lovelace, seemed vaguely uncomfortable about being asked questions or about having played the role in the first place. Either way her remarks were fascinating for that. She was flanked by costars Peter Sarsgaard, Sharon Stone, Adam Brody, Chris Noth and Hank Azaria.

This image of Alan Ladd in a dopey-looking Durango Dude rodeo outfit has been used for Shane jacket art since the 2000 DVD version, if not before. It’s been used again for the forthcoming Shane Bluray, which I received yesterday from Warner Home Video. Why couldn’t the WHV person who oversees jacket art notice that Ladd never wears this ridiculous get-up in George Stevens‘ classic 1953 western? How difficult could it have been to use a still of Ladd in his fringe-y buckskin outfit (which he does wear in the film) or his blue workshirt and jeans get-up (ditto). No offense and no biggie, but c’mon. 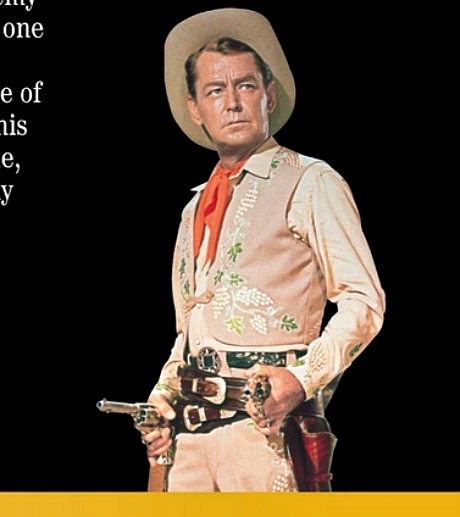 Question: If Lindsay Lohan wants a career again, what advice would you give her when she comes out of rehab?

The Canyons director Paul Schrader: “Stop the Adderall. I mean, that’s fucking speed, and she was taking it every day. And then when she gets too speedy, you have to cut it with some vodka. Great. That’s what we call a speedball. She’s not a drug addict in a conventional sense. I just think that with Adderall…well, I’ve been talking to people about it, and apparently it’s the most abused drug on college campuses by women.” — from a 7.30 Kyle Chandler/Vulture interview.

I was looking to post a little side riff on Lee Daniels’ The Butler, which I saw last night. A sideshow of a sham of a side riff. It wasn’t supposed to be a review but a little tangential comment about Liev Schreiber‘s portrayal of President Lyndon Johnson and how a 22 year-old observation from former Johnson administration Roger Wilkins cast some doubt upon the accuracy of the portrayal. But I had to lay a little groundwork first, and before I knew I had written a two-paragraph assessment of the film itself, and then it grew into three paragraphs. I posted it anyway. 20 or 25 minutes later the Weinstein Co. called to remind me that the embargo date is August 12th. I took the piece down.

“When I said ‘realistic ’70s movie’ I meant one that excludes X-factor people. Nobody wants to admit this and I’m sure I’ll be called an elitist for saying so, but only semi-clueless bridge-and-tunnel people from lower-middle-class ‘meathead’ neighborhoods (i.e., those who weren’t connected to dynamic big-city culture) wore terrible hairstyles and laughably grotesque ’70s threads. 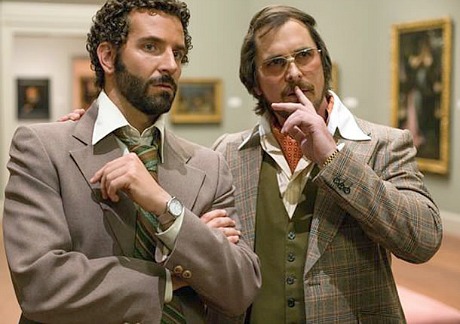 “I was bopping around on the fringes in the mid to late ’70s and I never wore a fucking leisure suit or elephant collars or gaudy sunglasses or had godawful ‘big-hair.’ Okay, I wore flared jeans but I was mainly into T-shirts and Frye boots andBrian DePalma-styled khaki bush-safari jackets and that whole American Gigolo/Giorgi Armani/Milan-influenced thing (i.e., nifty sport jackets, Italian loafers, shirts with small pointed collars).” — from a 4.13.13 post called “Sartorial Nightmare.”