Sight unseen the only problem I have with Criterion’s forthcoming Bluray of John Frankenheimer‘s Seconds (1966) is the 1.75 to 1 aspect ratio, which is too close to the dreaded 1.85. Ditto the 1.75 cropping of The Manchurian Candidate. Frankenheimer’s The Train was released a year before Seconds and the DVD was/is cropped at 1.66. Frankenheimer’s golden period runs from The Young Cannibals to Seconds, and I think all his films should all be opened up to 1.66. Frankenheimer began in live TV, remember — he was accustomed to framing his shots within a boxy a.r. It’s clear that 1.66 is the best compromise. 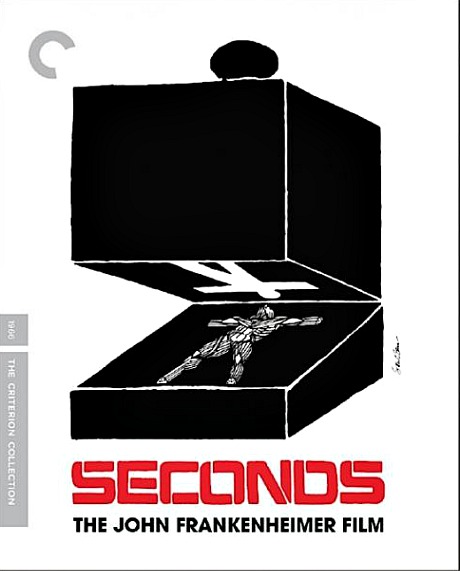 Any ex-wife or ex-girlfriend can trash their ex-husband or ex-boyfriend with authority. They can slice you up like sashimi. Nobody comes away clean from a relationship. Bad reviews are inevitable. But people with a sense of class don’t post reviews of their exes on Rotten Tomatoes. Unless your ex is/was a total loon, the only fair thing you can say is that he/she had their good sides and not-so-good sides but that was then and this is now and you’ve moved on, etc.

Yesterday Awards Daily‘s Sasha Stone posted a list of 2013’s likeliest Best Picture contenders along with lists from Rope of Silicon‘s Brad Brevet, In Contention‘s Kris Tapley and Gold Derby‘s Tom O’Neil. For what it’s worth my own list is as follows (and in this order): American Hustle, The Wolf of Wall Street, All Is Lost, August: Osage County, Gravity, Fruitvale Station, Saving Mr. Banks, Inside Llewyn Davis, Captain Phillips, The Monuments Men, Before Midnight, 12 Years A Slave, Foxcatcher, Parkland…what is that, 14? Maybe half of these will be nominated. Okay, eight or nine.

But we also know that one or two will be subjected to takedown campaigns for this or that reason. It’s in the nature of what Oscar campaigning has become over the last 10 or 15 years.

I’ve been invited to a special screening of JOBS at Regal Cinemas L.A. Live (1000 West Olympic Boulevard Los Angeles, CA 90015) on Tuesday, 8.13, and also to an after-party. Every movie has its hoopla, and then the reviews and Twitter comments fill the air and then the public weighs in and…you know, it all evens out.

It seems as if Oliver Hirschbiegel‘s Diana (9.20 overseas, fall stateside) is a complex adult romantic drama about the last two years in the life of Diana, Princess of Wales (Naomi Watts). Hirschbiegel (Downfall) is a good director and I hear that Stephen Jeffrey‘s script is tidy, clean and well sculptured. eOne is opening it domestically in the fall (probably in October or November), but with Diana not slated for any of the fall film festivals you have to wonder why. If the UK premiere is on 9.5 and the commercial UK opening is set for 9.20, why does the UK trailer say it’s opening on October 10th?

We’re The Millers (Warner Bros,, 8.7) is a vulgar, sloppily written, oppressively unfunny road comedy about a “typical Middle-American family” involved in a Mexican drug-smuggling charade. Plot-wise, I mean. Thematically it’s a lampoon of suburban families and the hellish, self-loathing lives they presumably lead as they tow the “normal” line. There’s a scene in which Jason Sudeikis‘ character, a Denver pot dealer, is about to get a straight-arrow haircut so he’ll look like a stodgy family guy, and he goes into a longish riff about what a miserable thing it is to be Joe Schmoe with the kids and the mortgage and the temptation to put a gun in his mouth. And yet the movie is also about the nurturing effect of living this kind of life, and how even the most anti-straightlaced among us are drawn to it.