Eccentric and intemperate as this sounds, I’m going to London for three days next weekend in order to catch a BFI London Film Festival debut on Sunday, 10.20 of John Lee Hancock‘s Saving Mr. Banks — presumed to be a major factor in the awards race (certainly in terms of performances). This will be the first time it’ll be shown to critics. Two and a half weeks later it’ll open L.A.’s AFI Film Festival on 11.7 and then open commercially on 12.13, but it’ll be fair game eight days from now. Disney (which is very high on the film) will be screening it next week for select Los Angeles elites (but not critics). I get their strategy. They want the presumably positive reviews and the buzz to start with the AFI debut, and that’s fine. I haven’t been to London for a few years…what the hell. I’ve been in the tank for Kelly Marcel‘s screenplay for months, and I totally respect Hancock for his special touch. I even liked The Alamo. 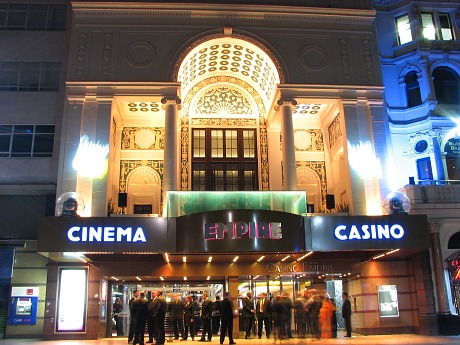 This refers to a two-day-old discussion of Russ & Roger Go Beyond, Christopher Cluess‘s screenplay about the making of Russ Meyer‘s Beyond The Valley of the Dolls, which was written by Roger Ebert. I wondered aloud “what Ebert — fat, brilliant, bespectacled, desk-bound — could have possibly known about hot lascivious chicks and the charged sexual atmosphere of the late ’60s.” I said I didn’t know what Roger was up to in the ’60s “but I don’t believe he was up to very much.” Well, I’ve heard some hilarious second-hand stories since I wrote that and…uhm, I’m taking it back. Roger wrote brilliantly and apparently never missed a deadline but he also led quite the ribald life. During the Nixon, Ford and Carter administrations, at least. Let’s leave it at that. 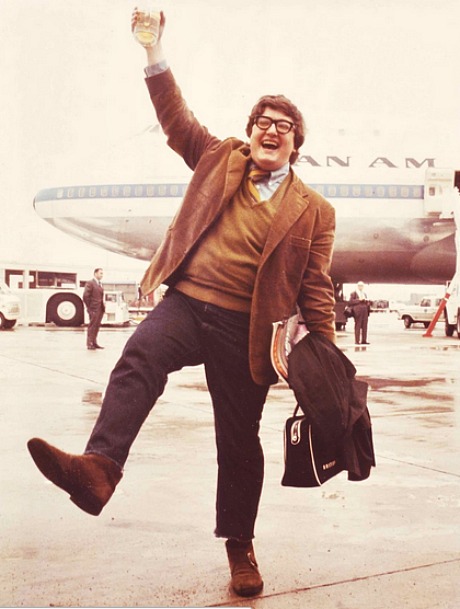 I’ve never wanted to attend those Jason Reitman “Live Read” presentations at the Los Angeles County Museum of Art. That’s because they always read scripts of already-released films that everyone knows. Why not some hot, not-yet-produced scripts? The cream of the current Blacklist, for instance? Is it Reitman’s presumption that people won’t show up for readings of works they’ve never heard of? Timid thinking. Paul Thomas Anderson‘s Boogie Nights was read during last night’s opener. Taylor Lautner, Don Johnson, Judy Greer, Nick Kroll, Jim Rash, Nat Faxon and Kevin Pollack. 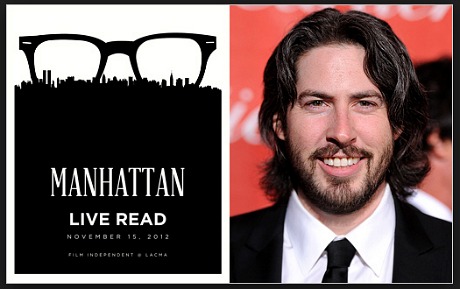 This is some kind of come-on for Kimberley Peirce‘s Carrie (MGM/Screen Gems, 10.18), although it’s basically a rigged telekinesis stunt a la Punked. (Or is it? The people freaking out seem like they’re performing. Too much footage, way too many angles.) I don’t know anyone who’s seen this Chloe Moretz film. Even a guy I know who sees everything hasn’t seen it. And I still haven’t heard about any screenings next week. Doesn’t that usually mean something?