I guess my one-man campaign to persuade Sony and Clooney to drop the “The” from the title isn’t going to pan out. I swear to God it would sound cooler if they just called it Monuments Men. Note: I’m not linking to any general reviews at this point. Any postings of such will be removed.

Here’s a link to my 7.1 Monuments Men set-visit piece. The actual drop-by happened in Bad Grund, a small picturesque town in Germany’s Harz mountains, on 5.6.13. 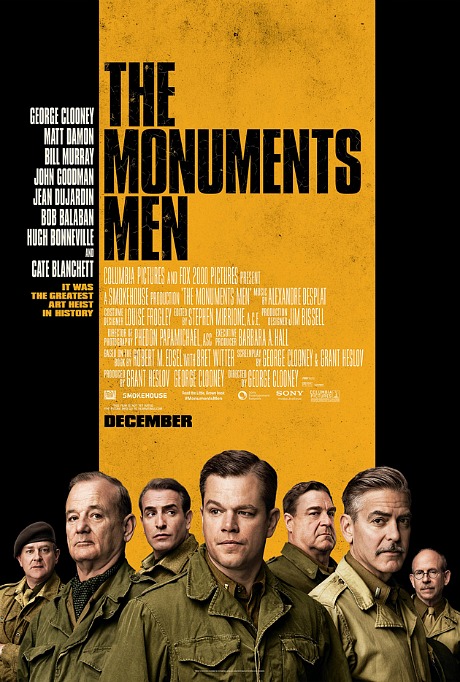 October 11, 2013by Jeffrey Wells8 Comments
« Previous post
How Come They’re Not Showing It Then?
Next post »
“Ladies, It’s Okay WIth Me”