Here’s a brief scene from William and Tana Rose‘s original 500-page script for Stanley Kramer‘s It’s A Mad, Mad, Mad, Mad World, which will be released in its longest and most complete form ever on a Criterion Bluray that will “street” on 1.21.14. This scene was either never shot or was in an early version that was never screened for audiences. It’s a semi-funny bit that actually has a point, which comedies used to offer from time to time. The fact that “Dingy” Bell (Mickey Rooney) and “Benjy” Benjamin (Buddy Hackett) are oblivious to the allure of a busty lady in a bikini…fill it in. 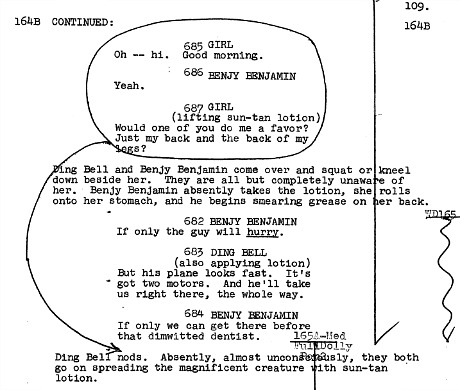 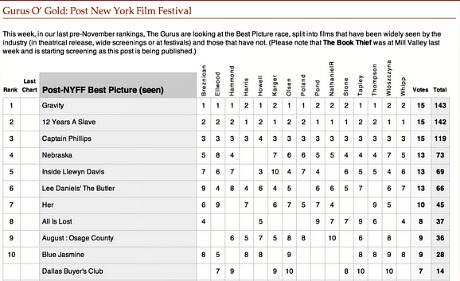 Earlier today the London Film Festival and the Disney people laid down an 11 pm embargo for Sunday’s Saving Mr. Banks screening, which will screen at 10 am Sunday at the Odeon Leicester Square. They didn’t say anything about tweeting but formal reviews won’t pop until 6 pm New York time and 3 pm L.A. time. They’re requiring critics to sign an embargo form prior to the screening.

“It’s almost becoming an open secret in Hollywood about how good Banks is,” writes Hitfix‘s Greg Ellwood in a piece called “Will Saving Mr. Banks Crash The Best Picture Race?” Ellwood says he’s “talked to a number of people who’ve seen it (cough, long lead my eye) and it’s continually described as a tearjerker with praise not only for Emma Thompson‘s [lead] performance, but supporting players Tom Hanks (long assumed), Colin Farrell and even Paul Giamatti, who plays Travers’ Hollywood driver. Could Banks split the votes between Gravity and 12 Years A Slave and sneak through for the win? That would certainly be a nice spoonful of sugar in Disney’s cap if it did.”

15 Comments
Credit Where Due

HE congratulates Badass Digest‘s Devin Faraci for going semi-cockatoo (i.e., Weight Watchers) and dropping 50 pounds. The main thing, he says, not to eat “like such a fucking fat pig all the time. It’s as simple as that. I’ve been on Weight Watchers for the last year and a half, and that’s about it. I’m not looking for congratulations. I’m trying to tell you this is something you can do too. I have no willpower. I have bad habits and I’m lazy as hell. My job involves getting out of bed and walking to my computer and sitting in front of that computer all day long. I love lots of bad food. But if a jerk like me can lose 50 pounds (and counting), you should have no problem at all.” 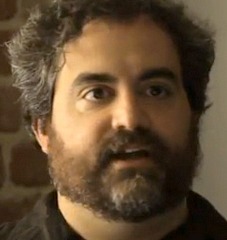 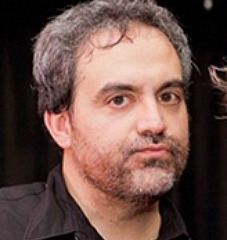 After Five Easy Pieces (’70) it was presumed that director Bob Rafelson held mountains in the palm of his hand. Then he made the moody and meandering (if curiously brilliant) The King of Marvin Gardens (’72) and a lot of people said “uhm, wait…what?” Rafelson never fully recovered, but at least Bruce Dern, 35 at the time, delivered a career-high performance as Jason, a vaguely deranged, self-destructive con man and the brother of Jack Nicholson‘s David, a gloom-head Philadelphia radio talk-show personality, and, in the view of Jason’s abused girlfriend Sally (played by Ellen Burstyn), “full of shit!” In one pithy moment, Scatman Crother‘s Lewis character says, “Jason talks and Lewis knows.” But that seedy, chilly, desaturated Atlantic City delivers a hell of a metaphor (and almost a kind of backstory). Gardens is part of a ongoing Bruce Dern series at BAM.

This trailer suggest that Wes Anderson‘s The Grand Budapest Hotel is another consummate visit to Andersonville, a place as distinct and precisely ordered and unto itself as Tati-land or Kubrickville or Capraburgh, only this time with 1930s period trappings + waistcoats and pomade hair stylings, etc. Aside from the silly notion of a high-end hotel making a lobby boy wear a hat that says LOBBY BOY, it looks perfect.

Michael Bay’s own account of the Hong Kong attack, lifted from his website: “Yes, the story is being passed around is not all true! Yes, some drugged-up guys were being belligerent asses to my crew for hours in the morning of our first shoot day in Hong Kong. One guy rolled metal carts into some of my actors trying to shake us down for thousands of dollars to not play his loud music or hit us with bricks. Every vendor where we shot got paid a fair price for our inconvenience, but he” — the air-conditioner guy — “wanted four times that amount. I personally told this man and his friends to forget it [and that] we were not going to let him extort us. He didn’t like that answer. So an hour later he came by as we were shooting, carrying a long air conditioner unit. He walked right up to me and tried to smack my face, but I ducked [and] threw the air unit on the floor and pushed him away. That’s when the security jumped on him. But it took seven big guys to subdue him. [He] was like a zombie in Brad Pitt’s World War Z — he lifted seven guys up and tried to bite them. He actually bit into one of the guard’s Nike shoe…insane. Thank god it was an Air Max — the bubble popped but the toe was saved. Then it took fifteen Hong Kong cops in riot gear to deal with these punks. In all, four guys were arrested for assaulting the officers. After that, we had a great day shooting here in Hong Kong.” 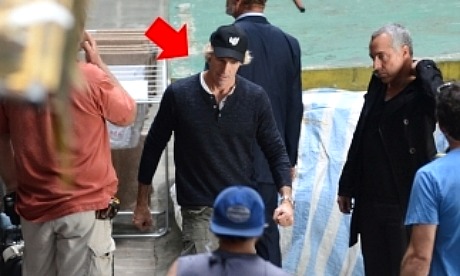 The unstoppable Michael Bay on set of Transformers 4: Age of Extinction, presumably just after altercation with Mak brothers. 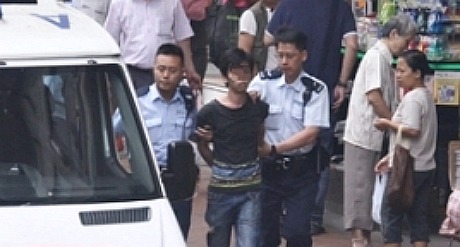 One of the Mak brothers (or possibly their pally Chan) being led away by Hong Kong police.
October 17, 2013 1:32 pmby Jeffrey Wells