Support on Patreon Follow @wellshwood
4 Comments
Back In L.A., Man 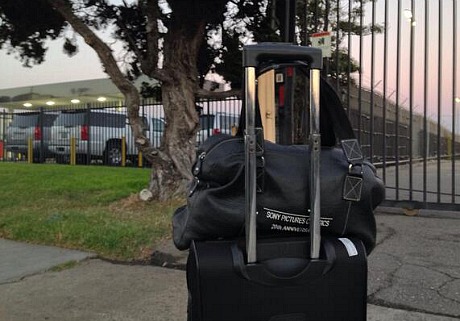 I’m tapping this out from seat 36D on my American Airlines flight from Heathrow to LAX. That’s right — it’s a Boeing 777-300ER with international effing wifi. $19 bucks for the whole flight. Not the fastest but a blessing all the same. Plus an electrical outlet for each seat. Limited availability now — JFK to Heathrow, Miami to Heathrow, Dallas/Fort Worth to Hong Kong, Miami to Sau Paulo. I’m flying American from here on whenever I go to Europe. Today’s flight left London at 2pm GMT. It’s now 10:45 GMT or 2:45 Pacific. The LAX landing should happen around 4:45 pm. 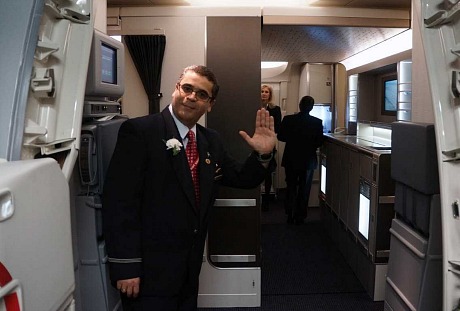 11 Comments
For The Record 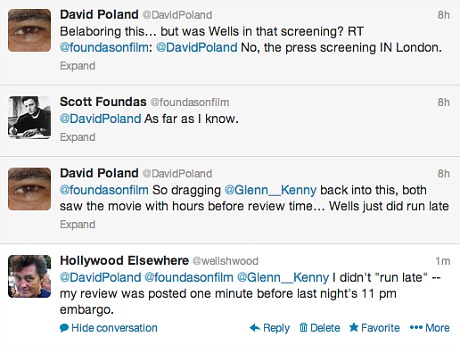 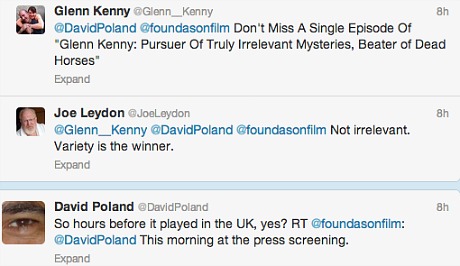 The British-based Eureka Entertainment already has my order for their upcoming Red River Bluray (streeting on 10.28, arriving in early November) so I can’t do anything about it, but I’m faintly pissed by the screen captures in Dr. Svet Atanasov‘s 10.18 Blu-ray.com review. Every shot appears to be swarming with grainstorm mosquitoes. Which means that the Bluray doesn’t deliver a decent Blu-ray “bump”, or the effect described in my 10.12 review of Sony’s From Here To Eternity Bluray. Atanasov’s words strongly suggest there’s nothing transformative or intoxicating in this new Red River. He’s actually pleased that “there are no traces of problematic degraining corrections” and that “sharpening adjustments have not been performed.” Let’s try this again. I want something better than the last DVD, and if that means a Bluray with “problematic degraining” then please fucking give me that. 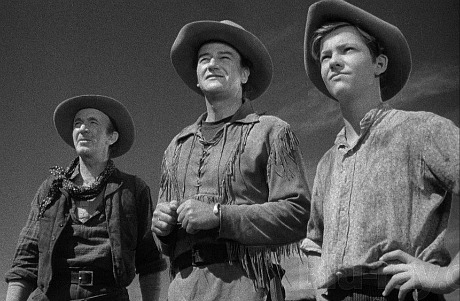 My LAX flight leaves Heathrow at 2 pm, or six hours from now. I’ll want to be at the terminal by noon, which means leaving for Heathrow on the Underground by 10:30 am or two and half hours from now. I’m heading out for breakfast now and then I’ll shower and pack. The flight will last 11 hours and 15 minutes…good God. And no wifi. I guess I can do some writing on the pad and then post material when I arrive. Arriving at LAX around five-something. I’ve been up since 4:30 am. Body clock doesn’t know which end is up. 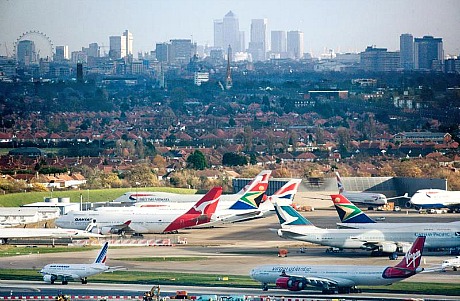 Yesterday’s viewing of Saving Mr. Banks reminded me once again that the lead performances that win the most applause are (a) almost always from name-brand actors and (b) those that they haven’t stretched or reached for but have relaxed into like an old shoe. We all respect and admire the effort and artistry that goes into an exotic transformational performance, but most of the time we prefer the company of “friends” whom we’ve come to know and feel comfortable with. This is what movie stars do, and why we pay to see them in films and will often praise their “performances”, when in fact they’re mainly just sharing with us in a way that we like. They’re using a little bit of vocal or body English to pass along a feeling of “performing” and that’s fine, but we’re mostly paying for an agreeable hang-out.

In short, movie stars basically play themselves, and that’s all we want them to do. The movie-star performances that win Oscars tend to be those in which the consensus is that “this is the best fit yet — the most natural and filled-out act of self-portraiture this or that actor has ever given us.”

In yesterday morning’s “What, Me Cancer?” piece, I referenced remarks attributed to Saving Mr. Banks star Tom Hanks during Saturday night’s BAFTA tribute about how Disney execs refused to allow any images of Walt Disney, a three-pack-a-day man until his death from lung cancer in late 1966, smoking in the film. Hanks said there was a “negotiation” about whether or not he could be filmed holding a lit cigarette in a scene, and that the decision was that “he could not.” Actually the film does include a very brief bit in which Hanks/Disney is shown stubbing a butt out in an ashtray. Not holding it or inhaling, God forbid, but at least you can see a flash of a cigarette and a thin plume of smoke before Hanks extinguishes it. So the negotiations yielded something, at least.