Some friend of Hitfix‘s Kris Tapley got him into a SAG screening (presumably today) of Martin Scorsese‘s The Wolf of Wall Street, and he doesn’t even hint about whether he was dumbstruck, delighted, pleased, mezzo-mezzo’ed or underwhelmed? Not even a whiff of a hint at what his scholastic or numerical grade might be? C’mon, Kris…give that shit up. All he’s saying is “big pop for Jonah Hill“…duhh, kinda knew that! And “standing O for Leonardo DiCaprio (naturally).” I’m very disappointed. If I’d been the lucky one I would have divulged more than this, you bet.

During a 1995 CSPAN2 interview for his book, Oswald’s Tale, the late Norman Mailer said the following about the culture of Minsk, the Russian city where Lee Harvey Oswald lived for a couple of years: “If you were an intellectual, doctor, professor, manicurist…everyone lives in the same level [in Minsk]. I lived in a relatively ordinary apartment house. The difference in Minsk, is that if you were an intellectual or a doctor or scientist, you lived no better than a worker and perhaps in some cases not quite as well as a worker, but what you did have, you had your superiority. You had your essential class superiority, which is that you were cultured and they were not. You had this incredible snobbery, this incredible class system. People had to find a vein of social superiority, no matter how.”

If there’s one thing I’m 100% dead certain of, it’s that I will never, ever watch even a snippet of any Asian-produced or Asian-set film involving the brandishing of swords. Ever. Even watching this trailer for Criterion’s Zatoichi collection puts me off. I’m saying this as an owner of an authentic, razor-sharp samurai sword, which I keep in my living room for worst-case protection. I hated Blind Fury (’89) also. I’m not even sure I could sit through Sydney Pollack‘s The Yakuza again.

As crude and simplistic as this seems at first (dreadful title design, cheap-ass music), I honestly felt more engaged by this short than by Jonathan Glazer‘s Under The Skin, which comes from a somewhat similar place (i.e., an alien life form dabbling in human sexuality). It works because of two elements. One, the sharp knocking on the door with no one found in the hallway. And two, the lights flashing off and on about halfway through. Even the shit-level FX at the end isn’t that much of a hindrance.

“13th of July, 4:50 pm. I’m sorry. I know that means little at this point. But I am. I tried. I think you could all agree that I tried. To be true. To be strong. To be kind. To love. To be right. But I wasn’t And I know you knew this, in each of your ways. And I am sorry. All is lost here, except for soul and body. That is, what’s left of them. And a half day’s rations. It’s inexcusable, really. I know that now. How it could have taken that long to admit that, I’m not sure. But it did. I fought to the end. I am not sure what that is worth, but know that I did. I have always hoped for more for you all. I will miss you. I’m sorry.” — Spoken by Robert Redford at the very beginning of All Is Lost. Roughly 90 seconds. Approximately 130 words. (Dialogue recorded from screener, which arrived yesterday.) 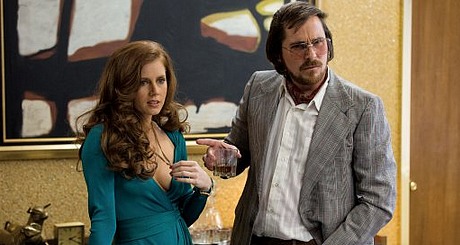