Support on Patreon Follow @wellshwood
2 Comments
Some Get It

“I just got home from The Wolf of Wall Street. My jaw is still hanging open. That delayed-effect Lemmon scene deserves its own Oscar.” — from a critic friend, received this evening.

This morning Dallas Buyer’s Club was announced as one of the five films nominated for SAG’s Best Ensemble award. Matthew McConaughey and Jared Leto are aces, of course, and Denis O’Hare, Dallas Roberts and Steve Zahn obviously hold their own. But I suspect that the main reason for this nomination is that SAG members wanted to nominate Jennifer Garner for Best Supporting Actress but could’t bring themselves to nudge aside Jennifer Lawrence, Lupita Nyong’o, Julia Roberts, June Squibb and Oprah Winfrey. So they gave her the next best thing on the plate. That’s my theory. If it had been my call I would have nominated Garner ahead of Roberts and Winfrey, no offense. 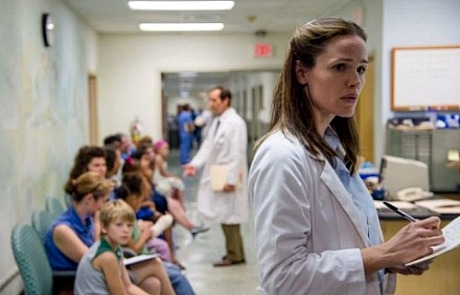 Anyone who would actually cheer news that the forthcoming Bluray of Billy Wilder‘s Sabrina (Paramount, 9.9.54) will contain a cleavered 1.75:1 image truly has something wrong with them. People have been watching the beautifully boxy 1.37:1 version for decades. The 1.37 is also being shown on Vudu right now — get it while you can! A guy who usually knows what he’s talking about tells me the new 1.75 Sabrina will contain extra visual information on the sides…maybe. But it will definitely have the tops and bottoms sliced off. 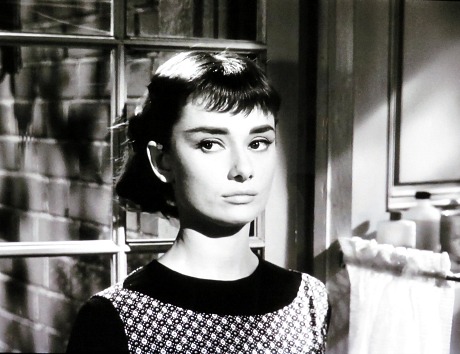 5 Comments
Bull With A Moustache

I don’t like it when cops overreact to mild disturbances in toney, well-off neighborhoods. It feels pushy and obnoxious. The vibe bothers me. Three or four Sundances ago I was standing outside of Zoom, the Park City eatery, and a little surprised to see no less than three police cars (Park City or State Troopers) parked outside with their radios barking and dome-lights flashing, and three or four officers dealing with what I gathered was some kind of disturbance by a couple of rowdies. No bloody noses, no broken windows…just a couple of assholes who had misbehaved or spoken out of turn. I went up to one of the troopers and said, “You think you guys might need some backup? I mean, this looks like a serious situation here…” The cop had no sense of humor. He gave me a look that said “you want some too, buster?” No sir, I don’t. But this looks chickenshit. Disproportionate. Three cars and four troopers responding to a couple of jerkoffs. It’s theatre and I’m just giving you my review. I didn’t say this, of course.

The older Tom Cruise gets, the more noticable the bags under his eyes, the more interesting he becomes as an actor. The minimalist, back-to-basics Jack Reacher was a step in the right direction, but this…I don’t know, man. It seems classy and smart and grade-A, but almost like a cousin of Oblivion, the last big, violent, futuristic, CG-driven epic Cruise starred in. This is a solid paycheck gig for Doug Liman, whose best films are still Go, Swingers and The Bourne Identity, in that order.

Last night I saw Jason Cohen‘s Facing Fear, a gentle but penetrating short doc about the aftermath of an ’80s hate crime, at L.A.’s Museum of Tolerance. A gay homeless 14 year-old, Matthew Boger, was nearly beaten to death in West Hollywood by a gang of Nazi punks, and the guy who nearly finished him off was 17 year-old Tim Zaal. 25 years later Boger and Zaal met again, and now, incredibly, they’ve worked past the nightmares and the guilt and found forgiveness and even friendship. Facing Fear reminds that our past mistakes needn’t rule our future, and that we’re all capable of growth and transcendence. Cohen, Boger and Zaal (a guy who has really evolved in all the profound senses of the term) attended last night’s screening and sat for a q & a. Facing Fear is one of eight live-action docs that have been shortlisted for an Oscar. It seems far too affecting and humanistic not to wind up as a final nominee. And a special shout-out for the cinematography by HE’s own Svetlana Cvetko (Inequality For all, Inside Job). 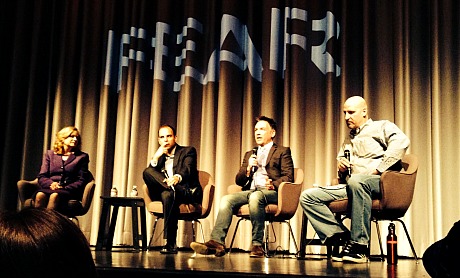 29 Comments
Wolf In The Wings

Martin Scorsese‘s The Wolf of Wall Street didn’t actually get snubbed by SAG because only a portion of the membership has seen it thus far. The Wolf screeners didn’t go out (and won’t go out until just before Christmas, I’m told) due to Scorsese’s 11th hour completion of the film, and…well, here’s a brief explanation from Paramount’s hard-working Lea Yardum: 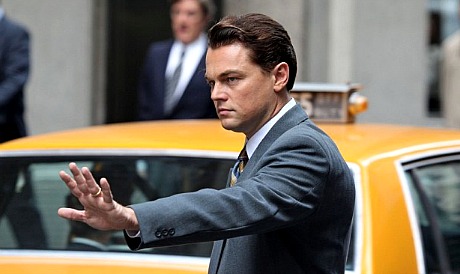 “We did not have enough time to make screeners for SAG and we started screening for them ten days into their balloting so we always knew we were going [to be] at a disadvantage. Based on when the film was delivered [by Scorsese], when we could start screening and when we could get DVDs made, it was a challenge in itself getting enough SAG nominating committee members in to see the film.

Four or five days ago a journalist pal and I were kicking around the award-season prospects of August: Osage County, and I asked him, “No Margo Martindale for Best Supporting Actress?” And he said, “Doubtful — people want nothing to do with that movie. Unfairly, Julia is a better bet than Margo for supporting.” Well, he was right SAG-wise about Roberts being the Supporting Actress pick, but wrong about Osage County — the Weinstein Co, release won a SAG nomination for Best Ensemble and Meryl Streep was nominated for Best Actress.

Most journalists were shrugging their shoulders about this film after the initial Toronto screening, and now the actors have put it back in the game. There are two worlds, two planets, two separate realms around this time of year. There is the realm of the earnest, devotional, film-worshipping, infinity-regarding X-factor journalists and smarty-pants columnists like myself, and there is the realm of the guilds. The guilds don’t live on the other side of the canyon — they live in another state.

I’ve already riffed about the Robert Redford snub — I don’t want to talk about it. SAG members also ignored the stellar, world-class performances in Martin Scorsese’s Wolf of Wall Street (they actually blew off Leonardo DiCaprio and Jonah Hill?) and Joel and Ethan Coen‘s Inside Llewyn Davis, which would be at the top of my list of Best Ensemble performances. SAG membership didn’t receive Wolf of Wall Street screeners but the Davis blow-off…c’mon. Think for two seconds about those Llewyn Davis performances…John Goodman, F. Murray Abraham, Carey Mulligan, the Garfeins, the guy who plays Mel…what is SAG? What is the membership made of? Who are they?

In an act of what can only be called smug and clueless defiance, Screen Actors Guild members this morning refused to include Robert Redford‘s career-capping performance in All Is Lost among the five SAG Best Actor nominations. I’m not just angry at these tools but…well, confused. Critics and columnists and people who know what’s aesthetically right and wrong have been patiently explaining the inevitability of Redford since Cannes, pointing to the stoic dignity of his historic, all-but-wordless emoting aboard the Virginia Jean. The Redford dismissal is probably more of a reflection of a lack of interest in (i.e., insufficient understanding of and respect for) All Is Lost than a thoughtful response to Redford’s performance, but still…the shallowness!

A journalist friend recently told me about speaking to a very well-known actor at a party. He said the actor had told him he’d popped in a screener of All Is Lost and then turned it off after ten minutes or so. The actor’s explanation went something along the lines of “I saw what this was going to be…all alone, no dialogue, the threat of death…and I quit.” Advanced-age ADD is what home screenings are all about. This is why All Is Lost has to be seen in a theatre, why it has to be paid close attention to. I’m really seething about this. Cauldron of acid in my stomach. I’ve always thought of the SAG membership as a bit whimsical and flakey and on the immature side, but this!