Last night the Aero screened a digitally restored, very slightly expanded version of Michael Mann‘s Thief (’81). Mann showed up for a post-screening q & a. I’m presuming we were shown a DCP. It looked and sounded exquisite. The sound was full and rich and fully audible to the deafest guy in the room. Mighty Joe Young, that Tangerine Dream score. The Bluray streets about a month from now. 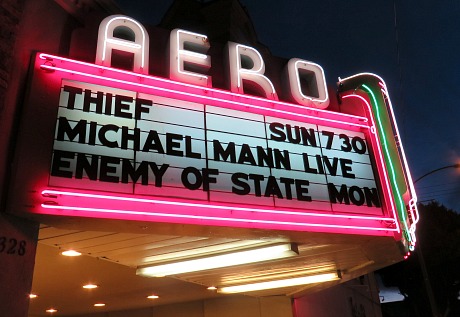 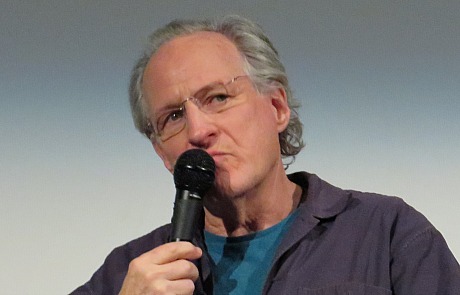 This low-rent compilation video of Eastern European car crashes is cooler and funnier (I laughed out loud three or four times) than all of the Justin Lin car stunts in all of the Fast and the Furious flicks put together plus Jerry Bruckheimer‘s Gone In 60 Seconds remake. I love this stuff. Nothing beats reality when it comes to car crashes. 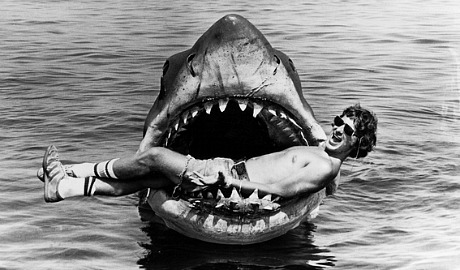 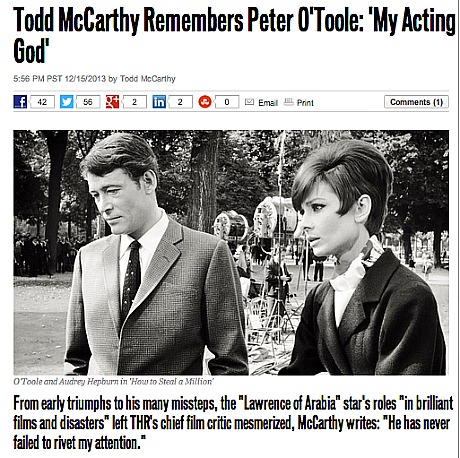 Everyone wrote yesterday that O’Toole was unfairly robbed of a Best Actor Oscar for his T.E. Lawrence portrayal. But the real robbery happened in April ’65 when his career-peak performance as Henry II in Becket lost to Rex Harrison‘s Henry Higgins in My Fair Lady. That’s the Academy for you.

McCarthy saw O’Toole play Professor Higgins, badly, in a 1987 London stage presentation of Pygmalion. I saw O’Toole in that reviled Macbeth at the Old Vic in 1980. It was slow and turgid and altogether horrid, and the audience all but booed at the curtain call. The look on O’Toole’s face at that moment was ghastly in itself. I felt sorry for him. I wanted to comfort him on some level. All such thoughts went out the window when I interviewed O’Toole in his Hampstead Heath home two or three days later.

A few slow-on-the-pickup types expressed shock or surprise at yesterday’s Joan Fontaine riff, particularly about how I could never imagine her in a heterosexual context. I was merely saying that I never felt much in the way of animal passion, that’s all. If anything, I said, Fontaine always struck me as vaguely dykey in a kind of old-time closeted sense. I know she was straight — I was talking about what she radiated on-screen. A critic friend wrote a half-hour ago and called this impression “interesting.” He added that “aside from pointing out that [Fontaine] was married four times, I would just add that a witty gay gentleman friend of mine used to squire her around a lot — to the Oscars, etc. — and always said she had the foulest mouth in town and the dirtiest stories about everyone. Caustic, often very funny, sometimes catty to the point of unpleasantness. A female curmudgeon. And hated her sister to her dying day.”

The only two 2013 BlackList scripts that I can at least guess about content-wise are (a) Richard Corinder‘s The Shark is Not Working and Nick Creature and Michael Sweeney‘s The Mayor of Shark City, both about the making of Steven Spielberg‘s Jaws, and (b) Stephany Folsom‘s 1969: A Space Odyssey, or How Kubrick Learned to Stop Worrying and Land on the Moon, which expands on the urban legend (mentioned in Room 237) that Stanley Kubrick was hired by NASA to stage and shoot a fake moon landing in the wake of 2001: A Space Odyssey. If anyone has PDFs of these or any other noteworthy Black List screenplays, please send. Here’s an analysis of the whole list. 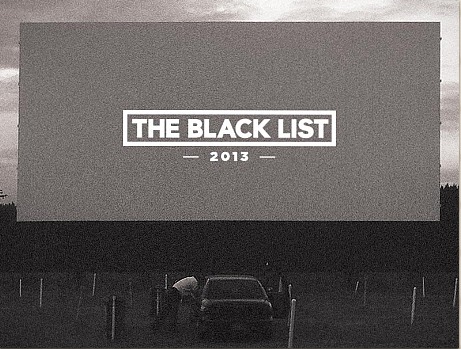 10 Comments
Too Old-Looking For College?

Produced by, partially written by and co-starring Jonah Hill, 22 Jump Street opens on 6.13.14. I was down with the tone and shape of 21 Jump Street (except for the generic action ending) so this’ll probably be okay. Phil Lord and Christopher Miller are directing again. Hill co-penned the story that Michael Bacall and Oren Uziel’s script is based on.

The Broadcast Film Critics Association (BFCA) has announced the nominees for the 19th Annual Critics’ Choice Movie Awards, and the leaders are 12 Years a Slave and American Hustle with 13 nominations each. To more than a casual extent the BFCA has tended to reflect or predict Academy sentiments (they were the first to signal last year’s Argo rebound) so this is a huge shot in the arm for both films, not to mention the absolute ignominious end for Saving Mr. Banks as a credible Best Picture contender. Pay up, Scott Feinberg!

Gravity did pretty well also with ten nominations, but it’s been downgraded to runner-up status. At this stage of the game it can be fairly said without prejudice or rancor that while Gravity has a clear following, it’s no longer the Big Kahuna of Best Picture contenders. The picture has changed. Right now it’s the masterful Slave vs. the widely admired and enjoyed Hustle. No softies! This is a good thing.

The BFCA dropped the ball big-time by failing to nominate The Wolf Of Wall Street‘s Leonardo DiCaprio for Best Actor or Jonah Hill for Best Supporting Actor. This isn’t just an oversight — it’s an unconscionable “what?”

The BFCA also showed their clubby, mainstream, celebrity-kowtowing colors by failing to nominate Blue Is The Warmest Color‘s Adele Exarchopoulos for Best Actress. (They chose instead to nominate her as one of year’s Best Young Actor/Actresses — a humiliating consolation prize.) The BFCA did, to be fair, nominate Brie Larson for Short Term 12, but they mostly went for a roster of established, name-brand actresses whose campaigns have been well-funded and vigorously publicized — Cate Blanchett, Sandra Bullock, Judi Dench, Meryl Streep, Emma Thompson. 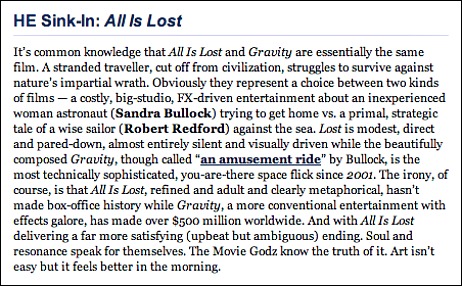 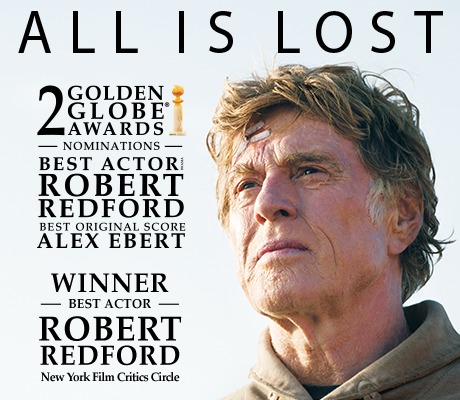