During last night’s Golden Globes monologue, Amy Poehler said the following: “After 12 years A Slave, I will never look at slavery the same way again.” At first I was confused, and then I deciphered her meaning. What she was saying (I think) is that Steve McQueen‘s movie is redundant — that we all know that slavery is and was evil, and so who needs to sit through an artful, brutally frank recreation of what Solomon Northup went through 160 years ago? That’s what I was thinking before I saw it at Telluride. Who needs it? And then it began and I was reminded what knockout movie art can sometimes feel like. Watching 12 Years A Slave awoke me to a reality that I’ve been aware of all my life, but which I hadn’t really felt. I never let it in. And now I have. But Amy Poehler didn’t. Okay, she might have but the joke definitely sucked.

My first reaction when I read this tweet last night was “thank God we have men of backbone like Ronan Farrow to speak truth to power when the rest of the world is averting its gaze.” Seriously — what a terrible thing that Woody Allen hasn’t been sufficiently villified and condemned for behavior that might have happened…what, 21 or 22 years ago? Lament not — the son of Frank Sinatra is on the case and he doesn’t back down. There’s more than a little touch of Hoboken in Farrow. He might be right, but he also might be a bit of an asshole. Never trust the artist — trust the tale. I trust the morality and the humanity of the movies Allen has made over the last 40-plus years.

32 Comments
Stupid Tragedy, Yes, But Is Anyone Surprised?

In a just-posted N.Y. Times piece called “The Flood Next Time,” Justin Gillis reports the following: “The evidence suggests that the sea-level rise has probably accelerated, to about a foot a century, and scientists think it will accelerate still more. The official stance of the world’s climate scientists is that the global sea level could rise as much as three feet by the end of this century, if emissions continue at a rapid pace. Some scientific evidence supports even higher numbers, five feet and beyond in the worst case. Scientists say the East Coast will be hit harder for many reasons, but among the most important is that even as the seawater rises, the land in this part of the world is sinking.”

What are the responses, for the most part? (1) “Talk to China and India — not us”; (2) “Yes, sea levels are rising and the East Coast will definitely be in trouble down the road. But these conditions won’t affect us or our kids — they will affect our grandkids and great-grandkids”; (3) “Yes, we should all be riding bicycles and driving hybrids and generally reducing our carbon footprint, but a lot of people — politicians, movie stars and their ‘people,’ women and especially mothers — feel safe when they ride around in SUVs, especially during the Sundance Film Festival, so what are ya gonna do?”

I know this: never before in the history of our species have educated people of power and influence blithely shrugged en masse and admitted that advanced cultures are slowly drowning the earth — i.e., that the earth’s ecosystem is gradually being overwhelmed by industry, and that this will lead to sea water gradually engulfing the low-lying areas of the United States and causing all kinds of havoc, probably less than 100 years from now. No other culture has ever been confronted with this situation before, and the main reason this catastrophe is more or less assured is that people are determined to enrich themselves as much as possible before dealing with the climate. Money and comfort above all! This basically means adopting a myopic attitude and delaying decisions ad infinitum. 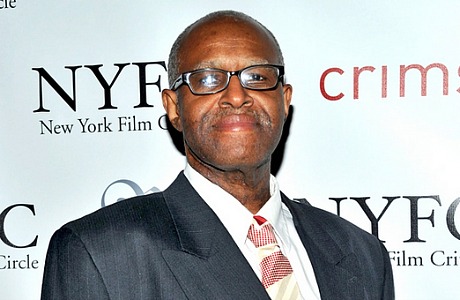 Richard Linklater‘s Boyhood, a kind of Michael Apted-ish docudrama about the real-life journey of a boy from age 6 through 18, has been added to the 2014 Sundance Film Festival slate. Pic will screen at the Eccles on Sunday, 1.19. The film, which has been shooting in Austin at semi-regular intervals since ’02, follows the young lead, Ellar Simon, from age 6 or 7 to 18, or from kindergarten to leaving home for college. Ethan Hawke and Patricia Arquette play his divorced parents. The film is obviously inspired by Apted’s Up films — a series of docs that have portrayed the lives of several British kids since 1964.

Hawke told Indiewire that “[after] about 20 minutes, your eyes just start tearing up and you don’t even know why. It’s about the nature of time and how it’s crashing into us all.” In another interview with Flixist, Hawke elaborated: “In just the period of a two-hour movie, you watch a human being grow up. It’s almost like watching a flower bloom in time-elapsed photography. For one minute you’re watching a six-year-old boy, and it’s so beautiful what Richard does with time: you don’t ever see him go from six to seven, to seven to eight, to eight to nine. I think it’s the greatest thing that Linklater’s ever done. It’s mind-blowing.”

Apology: When I first posted this I somehow confused Boyhood with “Youth,” the Joseph Conrad short story.