MCN’s David Poland is apparently the only person in the world who’s still claiming that homophobia had little or nothing to do with Brokeback Mountain not winning the Best Picture Oscar. Here’s how he put it two days ago: “I am not saying that homophobia…took down Brokeback Mountain. My experience of that season was that the argument took hold that voting for Brokeback would be seen as Academy members making an important statement about homosexuality…and that many members I talked to did not wish to make that statement with their vote. They didn’t want to be seen making any statement with their vote…especially those not 100% on that film. The vote had become too political.”

That line about Academy members not wanting to make a statement with their vote is unbridled horseshit. Giving the Best Picture Oscar to Crash instead of Brokeback Mountain was obviously a statement in and of itself, one that resonates to this day. Every Best Picture vote is political to some extent. For the record I never believed that rank-and-file Academy members are or were traditionally homophobic, but discussions I had that year (late ’05 and early ’06) seemed to make it clear that older Academy geezers were not emotionally comfortable with gay sheepherders, and that they had written it off early on. The late Tony Curtis became the poster boy for this sentiment, famously declaring that “Howard Hughes and John Wayne” wouldn’t like it.” And here’s Poland still trying to sell the idea that the geezer homophobe vote wasn’t a critical factor.

Melissa McCarthy is a brilliant major-league comedian, but for me the metaphor of morbid obesity gets in the way of her comic delivery. I’ve been laughing at chubby or overweight types my whole life, but how do you laugh at a person who will obviously be coping with a shortened lifespan due to unhealthy eating habits? Slow caloric suicide isn’t funny. Much of McCarthy’s humor is all about making fun of herself for being in awful shape (unable to leap a counter in Tammy, huffing and puffing in Identity Thief) but if a person like me says “she’s so out of shape she’s not funny” it’s a hate crime and I get labelled as a bigot. I’m not being cruel like Rex Reed was when he called her a “hippo”. I’m just saying I can laugh at Oliver Hardy or John Candy but not McCarthy. I’ve always been on the fence about Fatty Arbuckle. 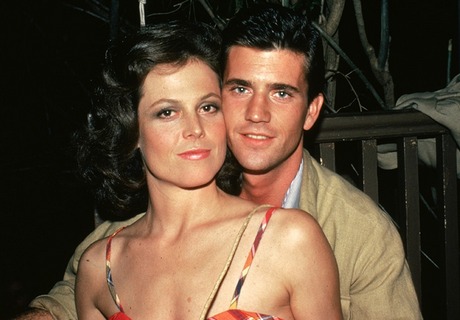