HE to ADD types: Eleonore Pourriat‘s Oppressed Majority (Majorite Opprimee) doesn’t begin until the 45-second mark so hang in there. The 10-minute short has, I gather, been watched millions of times since being uploaded to YouTube a week or so ago. [The You Tube data doesn’t provide an upload date and comments have been disabled.] It’s basically about a sexist matriarchal society in a small French town, and all the crap that pudgy Pierre has to go through. Some Guardian guy called it “a thought-experiment [that naturally] exaggerates and condenses a lifetime of sexist remarks into a short story, and I don’t think anyone is suggesting that most women have to put up with this all the time.” But rather well done. Noteworthy. Worth your time.

“It was an incredibly honest, unique, specific and personal story of addiction. He lives to feed the beast and it gets him farther away from reality, intimacy and life. To me, it’s not even about gambling. It’s about a man and how he behaves in this pressurized world he has created for himself. There is no relief for this guy. It’s about a man who cuts off his feelings at the same time his girlfriend [Minnie Driver] comes at him harder. Life comes at him harder, too, but he can only think about his addiction.” — Phillip Seymour Hoffman on his role in Owning Mahowny.

The Kino Svetozor is a film lover’s theatre. Located in the cellar of an office building, just off Wenceslas Square. A good crowd attended Friday night’s showing of Nymphomaniac, Vol, 2. Two theatres plus a nice wifi cafe downstairs. Very worthy establishment. This and the Bio Oko are my favorite Prague cinemas. Update: Packing bags, cleaning up. Heading back to Berlin tomorrow on a 6:30 am train. 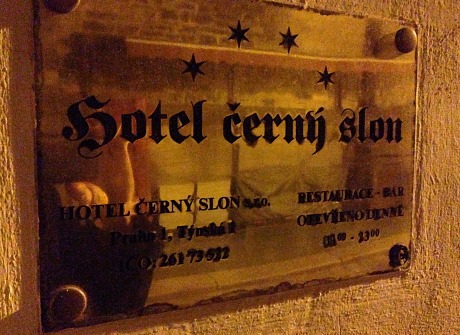 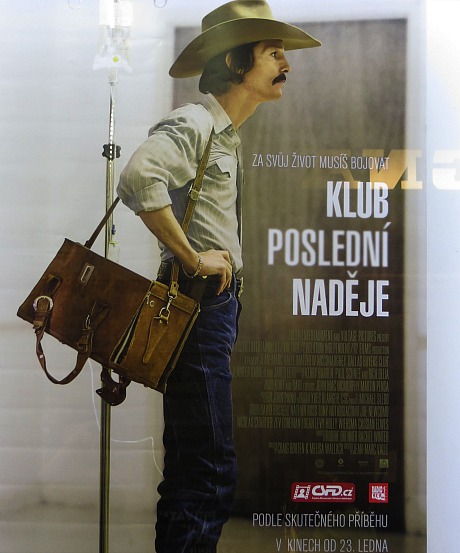 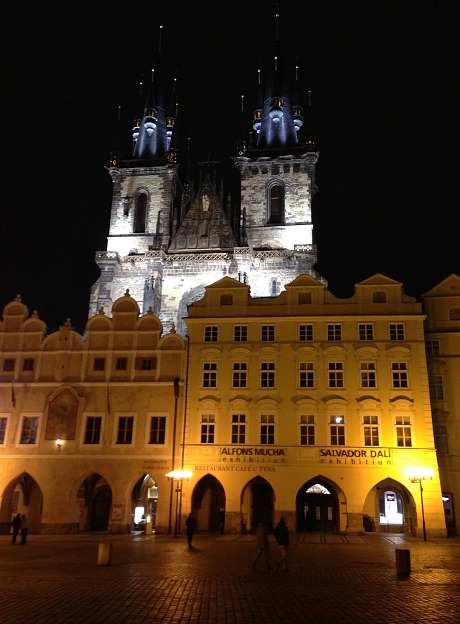 Paul W.S. Anderson‘s Pompeii (Sony, 2.21) is obviously CG-driven exploitation schlock aimed at the submentals. What else to expect from the low-rent director and producers (Jeremy Bolt, Don Carmody) behind Resident Evil: Afterlife? The CG alone is cartoonishly excessive. (There is nothing more loathsome than CG that doesn’t make the slightest effort to look organic — that flaunts its digital nature.) Imagine if Roman Polanski‘s Pompeii project, based on Robert Harris’s historical novel, had made it to the screen. Imagine a semi-realistic recreation of what ancient Pompeii and the Mt. Vesuvius disaster of A.D. 79 really looked and sounded like. Literate dialogue, believable characters, etc. Or if that reported Sony minseries, also based on the Harris novel that Robert Towne (Chinatown, The Firm) adapting, had been brought to fruition. A shame all around.

Guillermo del Toro‘s use of the term “sentimental favorite” means “it was pretty bad but it made a big impression on me anyway because I watched it a lot when I was young and it saturated my brain.” The definitive film versio of Victor Hugo’s The Hunchback of Notre Dame is William Dieterle’s 1939 version, with Charles Laughton in the lead role. Maureen O’Hara, Sir Cedric Hardwicke and Edmond O’Brien costarred.

26 Comments
No Salami, No Movie

Yesterday TheWrap‘s Jeff Sneider reported that David Permut and Reunion Pictures “have begun developing” a film about the 27-year romance between Spencer Tracy and Katharine Hepburn. But is the material really there? Tracy-Hepburn had on-screen chemistry, for sure. And they certainly cared for and seemed to complement each other — no one’s disputing that. Except the alcoholic Tracy never left his wife and Hepburn, while devoted to Tracy, was married only once (at a very young age), never had children and always lived with women when she got older. Tracy and Hepburn were soulmates but I’ve never been convinced that they were lovers. Google around and the general belief is that she was basically gay and he was too guilty or drunk or depressed or cantankerous to be much of a classic-styled lover.

Tracy-Hepburn’s relationship was common knowledge within the industry, and of course the public loved them — they made nine films together. But I wonder if they ever actually “did it.” I don’t think Permut or David Rambo, who has written the script, know the answer to that, but I suspect they’re intending to color the relationship as romantically as they can. If so the movie is going to feel ungenuine on some level, or seem a bit of a vague mish-mash. A lasting, deeply felt platonic relationship is not without meaning, of course. But where’s the firewood? Where’s the dramatic conflict? The fact that Tracy-Hepburn kept their relationship private and never went to restaurants or travelled together isn’t enough.

Early last night Ellen Page (X-Men: Days of Future Past) announced she was gay. Good move, took some guts, hugs and salutes. The 26 year-old actress announced her orientation at a Time to Thrive conference for LGBT youth at Bally’s Hotel and Casino in Las Vegas. Yes! The audience rose to their feet and cheered, but what’s with the audio on this YouTube clip? You have to listen with earphones.

Nothing has changed except that Page has shown she’s made of something. She will, of course, still be cast as scientists and eco-terrorists and roller-derby girls and spunky, pint-sized girlfriends and nobody will give a shit because everything’s everything, man. We’re all good.