Today I wrote Noah director Darren Aronofsky, whom I’ve long considered to be something of an industry pally. Okay, an acquaintance. He and his editor peruse the column, he told me during the Black Swan days. I told him about my plan to drive down to old Tijuana to see Noah on Friday, 3.21 (i.e., the day it opens in Mexico, which is five days sooner than the L.A. all-media on 3.26), and asked him for a phone interview if he’s so inclined. He’ll probably defer to Paramount p.r.’s decision to blow me off because of my anti-Christian rants. The Noah marketing drill is probably something along the lines of “sell the awe and the spectacle and the Aronfsky integrity factor, and don’t alienate the nutter Christian right.” 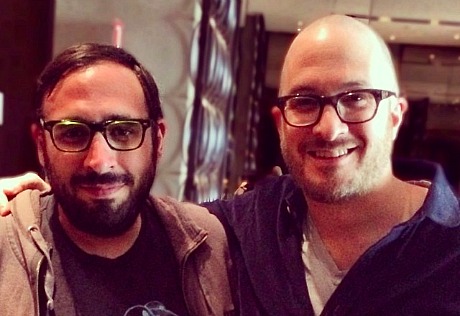 This is one of my all-time favorite New Yorker cartoons. I just re-upped my subscription and saw it online only a day or two ago. It’s lame to just post a cartoon without comment or counterpoint but this has been one of those days. 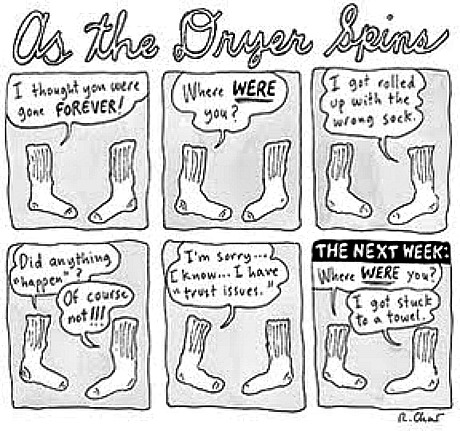 Clint Eastwood‘s Jersey Boys (Warner Bros., 6.20), a film version of the hit Broadway jukebox musical, is being research-screened this evening in the San Fernando Valley. I’m not going to say where and I’m not going to post or discuss reactions, but I would like to hear, privately, what people think. I don’t have a lot of faith or interest in a movie musical about the Four Seasons, but Eastwood knows what he’s doing and the respected John Logan wrote the screenplay so no pre-judgments. I’m just curious. 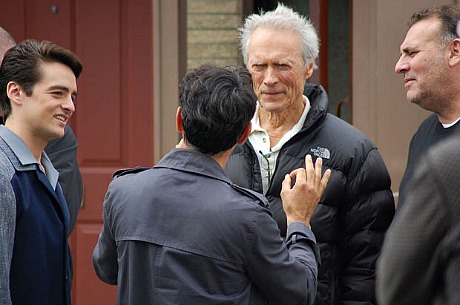 “This sounds like a weird thing to say, but I remember thinking Robert Redford wasn’t that great an actor, but that he’d had an unbelievable career because he knew how to use himself well. He has incredible taste, a literary development. Is he one of the greatest actors of his generation? No. But he’s certainly one of the greatest filmmakers of his generation. Butch Cassidy, The Sting, The Candidate, Downhill Racer, Ordinary People, The Natural, Out of Africa. He had a great ability to use whatever modicum of talent he had to its absolute uttermost.” — Boyhood‘s Ethan Hawke speaking to Indiewire’s Nigel M. Smith during a just-posted SXSW interview.

Isn’t this what all successful actors do? Or all successful people for that matter? It’s not how gifted or brainy you are as much as how you use what you have. The trick is to find your voice and your style, then work it within the range that you’ve been given or have been able to develop to its utmost, or the realm in which you feel the most planted and comfortable.

Very few people come off well when they’re being hammered by a contentious interrogator, but the way a person responds to this kind of duress always tells you a little something about them. On one level I feel sorry for Justin Beiber during this hours-long deposition, and on another level he seems like an entitled little dick. The footage also vaguely reminds me of the deposition scenes in The Social Network.

Everyone loves to see bullies slapped down. It’s a perfect, wonderful thing…God smiles and the universe hums with song. On the other hand it’s a tough thing to acknowledge that Peter Weir‘s Witness is on the verge of being 30 years old. (It was shot in the summer of 1984 and released in February 1985…obviously an era in which a February release wasn’t necessarily regarded as a throwaway.) Whatever happened to thematically interesting action films with upscale stars and good scripts? Today Witness would be a Jason Statham film, and nowhere near as good. There’s a region-free Witness Bluray available in France and another coming out in Germany in early April, but a high-def/HDX version (which vary in quality but are often just as robust and detailed as Blurays) is available right now on Vudu so why wait and what’s the point anyway?

I’m sorry but I feel completely blocked and gunked up and tormented by stomach acid whenever I think about Divergent (Summit/Lionsgate, 3.21), a futuristic sci-fi adventure milkshake that’s trying to ape the success of The Hunger Games and Twilight. I’m throughly sick of dystopian post-apocalyptic anything. I hate the young-adult-fiction poster (i.e., Shailene Woodley and Theo James atop a Chicago skyscraper with dawn breaking over the horizon). And it just smells like another corporate hustle. I’ve been calling it Detergent. Obviously another greedy attempt to launch a youth-market franchise (or at least a trilogy that follows Veronica Roth’s three Divergent novels) so everyone can get rich. Maybe it’s just me but the metaphor within the basic hook, a futuristic society divided into five distinct personality groups, feels a bit underwhelming. I understand how it could resonate with under-30s (in the same way that The Hunger Games obviously has and is) but it looks like fucking torture to sit through.

Over the last day or so, the strange disappearance of Malaysia Airlines Flight MH370 has evolved from a tragic mystery into something profoundly odd if not creepy. It’s been four days now (the Boeing 777 aircraft took off from Kuala Lumpur last Saturday, heading for Beijing) and nobody has clue #1 what happened except that it disappeared about an hour into the flight. 227 passengers, 12 crew members…engulfed. No clues, no explanations, no bombs, no oil slick…nothing. It seems particularly eerie if you’ve meditated upon two landmark films about inexplicable vanishings — Michelangelo Antonioni‘s L’Avventura (in which a jaded Italian rich girl morphs into thin air on a rocky island off Sicily) and Peter Weir‘s Picnic at Hanging Rock (in which three or four Australian schoolgirls are swallowed by the void during daylight). The essence of the unease that some people are feeling right now, I think, is a hazy notion that there might be some kind of strange dimensional trapdoor or cosmic manhole opening that very randomly erases people and things. Each year and in every corner of the globe there are many, many, many instances of completely unexplained disappearances (I’ve lost hundreds of socks that were seemingly vacuumed up by some kind of space-time continuum wormhole), but never has a massive, electronically connected superjet flown into the void like Rod Serling‘s The Odyssey of Flight 33. Eventually, one presumes, the facts will come out but right now it feels…oddly troubling?

President Obama‘s bizarre-sounding decision to appear on Zach Galifianakis‘s never-funny Between Two Ferns turned out to be a sage one. The apparent idea was to talk to the target audience (under-40 couch potatoes) about Obamacare, but the surprising offshot, for me anyway, is that this was was the only Between Two Ferns interview that I’ve ever laughed at. Entirely scripted, I presume, but still. From my perspective no “funny guy” on the face of the planet has inspired less in the way or mirth or laughter than Zach Galifianakis, but this was different.