I don’t know why I’ve been so slow to wake up to Joe Swanberg’s Happy Christmas (Magnolia, 7.26), but it’s obviously not about a “happy” anything. Obviously a layered, behavior-driven, Swanbergian piece about lifestyles, values, addictions, frustrations, etc. Jenny (Anna Kendrick), an irresponsible party animal, moves in with her somewhat older brother (Swanberg), his wife (Melanie Lynskey) and their young kid. Complications ensue. I haven’t seen it but I’ll bet any amount of money that Kendrick sleeps with someone inappropriate and that this in itself shifts tectonic plates. Honestly? My first reaction was to shine Happy Christmas because Lena Dunham costars, and I’m frankly getting a little tired of her schtick. I just need some time away from her. It’s partly that short haircut and partly the constant eating of ice cream on Girls.

I’m down with Paul King‘s Paddington (Weinstein Co., 12.25 stateside) because it’s obviously going for dry and droll and subtle wherever possible, and because the CG feels agreeably detailed and nicely integrated with the live-action footage. For whatever reason the teaser doesn’t point out that Colin Firth is the voice of Paddington Bear, a Peruvian immigrant who comes to London. Costarring Hugh Bonneville, Nicole Kidman, Sally Hawkins, Jim Broadbent, Peter Capaldi and Julie Walter. Paddington will open commercially in England on 11.28.

No more running around for Harrison Ford (a.k.a. “Uncle Festus”) on the set of JJ Abrams‘ Star Wars: Episode VII. The 71 year-old actor broke or fractured his ankle yesterday during filming at London’s Pinewood Studios. A Variety story says the injury happened “when a hydraulic door…fell down and hit him,” whatever that means. In other words some crew guy screwed up bigtime, and now Abrams is going to have to re-arrange the shooting schedule to some extent as Ford’s Han Solo character is reportedly a semi-prominent figure in the plot (or at least not cameo-level). “[Ford] was air-lifted to a local hospital and is receiving care,” a Disney statement reportedly reads. One presumes that Ford/Solo wasn’t scheduled to do a lot of kick-boxing or cartwheels in Episode VII to begin with (he mostly just stood around and piloted the Millenium Falcon in the original Star Wars/Empire Strikes Back/Return of the Jedi) so Abrams will probably be able to shoot what he needs once Ford returns to the set all taped up and on painkillers. 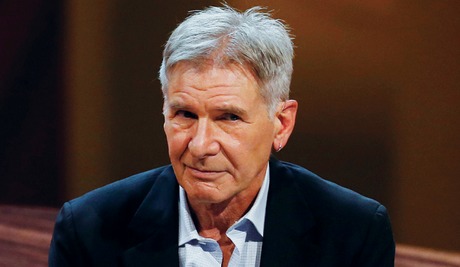 12 Comments
Snowpiercer Has Been Overhyped

Last night I finally caught Bong Joon-ho‘s Snowpiercer — the opener of the 2014 Los Angeles Film Festival. Don’t kid yourself — the geeks have hailed this political-allegory thriller as some kind of visionary masterwork, but it’s not entirely successful or satisfying. Harvey Weinstein‘s concerns about length and commerciality were not unfounded. It says the right things but says them over and over again. It knocks you out conceptually during the first half (maybe for the first 60% or 65%), but during the last 25% to 30% you’re wishing it would just wrap things up already. The social satire stuff is magnificent, but after a while the obsessively violent conflicts and blood stylings wear out their welcome. On one hand Snowpiercer is a riveting, totally-on-target class-warfare flick (the 1% elites and their henchmen exploiting the 99% on a high-speed train hurtling through ice and snow and heading straight to hell) with magnificent sets, delicious production design, wintry CG vistas and noirish atmosphere to burn. On the other hand it turns obsessively violent — not just tediously but fetishistically with character after character getting stabbed, chopped or gutted like livestock. Or shot to death. Like many other Asian directors who are into action wanks and slaughtering for the sake of slaughtering, the gifted Bong Joon-ho is queer for swords, knives, axes and bullets slicing into and/or shattering human bodies. It gets him off, and after a while it becomes a drag to have to sit through a longish high-concept epic by a guy who either can’t control himself or has no interest in trying, especially during the last 25% to 30%. Thumbs up for the concept, A-plus for the first 70 or 80 or 90 minutes, and C-minus for the last 25% or 30%. The nihilistic finale leaves you with absolutely nothing except a shot of a polar bear. Big effing deal — a polar bear is alive and so we all have a chance. Let’s go out and drink some Moet & Chandon to that! 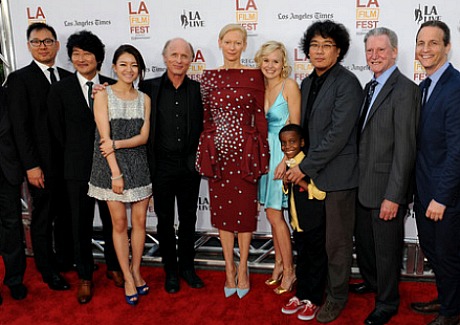 Prior to last night’s screening of Bong Joon-ho’s Snowpiercer at the Los Angeles Film Festival. 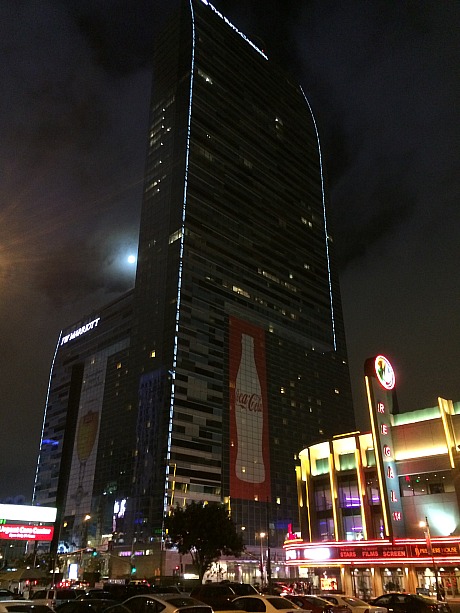 Jazzy, absurdist, scattershot, dopey, hilarious, self-loathing, fantastical, New York-y as hell…love it. Influenced on some level by Raymond Carver‘s “What We Talk About When We Talk About Love.” Dark comedies never win but it’s gotta be one of the five, right? Fox Searchlight broke my heart when they decided against showing Birdman in Cannes, but now there’s the big Telluride debut to look forward to. Opens on 10.17.14. Boilerplate: An actor (Michael Keaton) famed for portraying an iconic superhero struggles to mount a Broadway play. He battles his ego and attempts to recover his family, his career, and himself.” 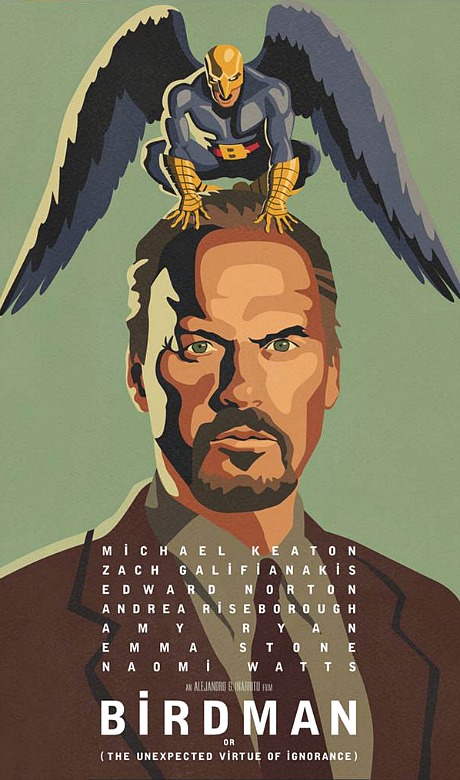 “Yet for all his fidelity to the Broadway source, Clint Eastwood has made a Jersey Boys movie that ultimately differs from the stage version in several key respects. It’s an altogether moodier, more real, edgier piece of work, more Bird than Bye Bye Birdie, giving equal weight to the personal tragedies of Frankie Valli and his bandmates — busted-up marriages, estranged children, embezzlement scams and dangerous entanglements with the Jersey mob — as to their professional triumphs. Onstage, misfortune was frequently softened by the show’s overarching uptempo mood. But onscreen, Eastwood hits as many blue notes as four-part harmonies.” — from Scott Foundas‘s 6.10 Variety piece on Eastwood and the film. 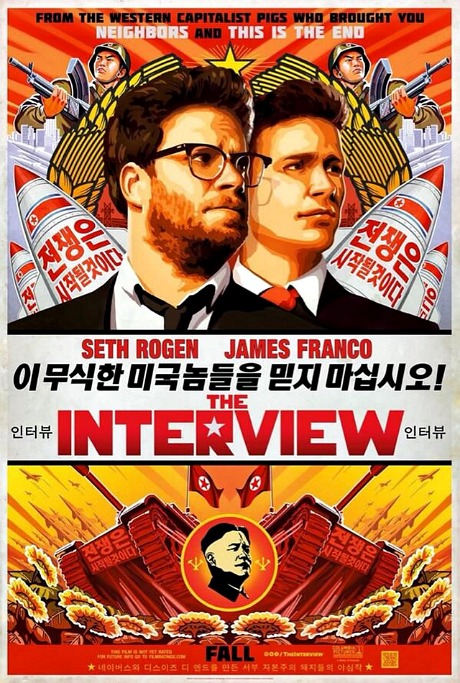