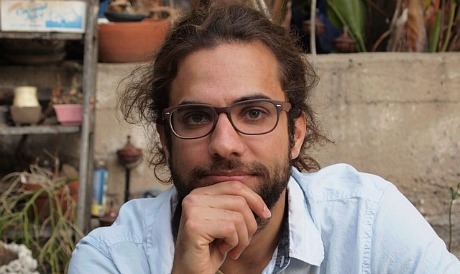 My last and final Tijuana dental appointment last Tuesday morning kept me from Monday night’s tribute to Sony Pictures Classics’ Michael Barker and Tom Bernard. They were handed the Spirit of Independence Award from the Los Angeles Film Festival and, as TheWrap‘s Steve Pond wrote two days ago, it’s hard to quibble with that. (32 Academy Awards, 12 Best Foreign Language Film Oscars, etc.) It’s also hard to quibble with the notion that talking about the present and the future is always more interesting than celebrating the past. Had I been there I would have wanted to hear more about SPC’s forthcoming Leviathan, Mr. Turner and Foxcatcher than anything else. I’m presuming, by the way, that all three will screen at the 2014 Telluride and Toronto gatherings. I’m especially keen on seeing Leviathan again.

As with many over-trailered films in the past, I feel as if I’ve almost seen Dawn of the Planet of the Apes (20th Century Fox, 7.11) start to finish. What surprises could possibly be left? And it doesn’t open for another three weeks. I’m hoping, really hoping, that something significant in the film hasn’t been revealed by the trailers. Do I believe this will turn out to be the case? No. Does anyone?

16 Comments
All Is (Nearly) Forgiven

In early April I posted a moan-and-groan piece (“Blame Lester for A Hard Day’s Less“) about the decision by Criterion and director Richard Lester to crop the forthcoming Hard Day’s Night Bluray (streeting on 6.24) at 1.75:1 instead of the more common 1.66:1, which has been the default aspect ratio for decades. (The one time it wasn’t used was when Criterion issued a Hard Day’s Night laser disc at 1.37:1.) Then on May 2nd I passed along a view from Chris Willman that the digitally remastered Night looked grainier than expected during the TCM Classic Film Festival screening at the Chinese. Well, I’ve now watched the Criterion Bluray and it’s beautiful. Much more of a knockout than expected. It makes the film feel so fresh and robust and the soundtrack sound so twangy and thrompy that it’s almost like watching it new again. Scratch that — is is like watching it new again.

Do I still wish that Criterion had cropped it at 1.66? Yes, I do. Every now and then a shot seems to lack breathing room and doesn’t look “right,” but the truth is that I got used to the 1.75:1 cropping fairly quickly. And I never once saw what Willman was talking about. Maybe the Chinese projection had an issue or two but there are no grainstorms here — trust me. This is the best-looking version of A Hard Day’s Night I’ve ever seen or heard anywhere. If only Criterion’s Peter Becker had politely ignored Lester’s request to crop it at 1.75:1. If Criterion had simply followed HE’s “more height is always right” dictum I would give this disc a 100% AAA grade. As is, it gets a 90%. (It seems, incidentally, that Criterion used four moving captures from the 1.37:1 version in their title page — see above.)

Believe it or not, the Film Society of Lincoln Center is honoring ’60s and ’70s softcore maestro Radley Metzger (now 85 years old) with a seven-day tribute called “This Is Softcore: The Art Cinema Erotica of Radley Metzger” (8.7 thru 8.13). This is yet another expression of the high-falutin’ dweeb-critic tendency to find artistic merit in once-denigrated (or at least looked down upon) exploitation films. But anyone who says Metzger was a respectable auteur is delusional. The below trailer for Carmen Baby tells you he wasn’t very talented. Metzger was certainly into terrible acting, swanky production design, way-too-bright lighting and horrible music choices. None of the actors ever seemed to actually “do it” in a Metzger film — they just kind of rolled around and gasped and moaned without getting too gymnastic or creative. I don’t recall ever seeing genitalia or pubic hair even, but I could be wrong. Next to no oral action. Nobody ever fingered anyone or gave anyone a handjob. And the actors never heard of Hershey bars. Metzger’s was a very weird world. Metzger films are cool for their sets and outdoor locations — I’ll give them that. He obviously tried hard to class up the softporn genre, but it was still the softporn genre.

The reactions to Clint Eastwood‘s Jersey Boys started out with critics calling it very Clinty and a little less Broadway-flashy than it could be, but an interesting, respectable ride. Then everything started to go downhill. The critical word of mouth has been so mixed-dismissive (60% on Rotten Tomatoes, 54% on Metacritic) that I’ve been half-regarding tonight’s Los Angeles Film Festival screening as the final word-of-mouth nail in the coffin. And then along comes N.Y. Post critic Lou Lumenick calling it “one of the year’s best.” What?

My first reaction was “Okay, I get it…Lumenick is a tri-state area kind of guy — born in Queens, formerly a critic for NJ’s Bergen Record — and he’s basically saluting the Manhattan-New Jersey cultural aspects as much as the film.” Which makes me wonder if other critics with Soprano-land ties are going dippy also. I wonder what former New Jersey guy Glenn Kenny will say? I wonder what I’ll think, for that matter, as I grew up in a mellow little Wonderbread town called Westfield, which nonethless had its share of guineas who wore pegged pants and black pointed lace-ups with metal taps on the heels.

I’ve been game to see Hossein Amimi‘s The Two Faces of January (Magnolia, 10.3) since the premiere at last February’s Berlinale, which I missed due to being in Berlin for only four days and change. I finally saw it the night before last at the Los Angeles Film Festival, and I’m definitely filing it under “reasonably decent, moderately engrossing Patricia Highsmith adaptations.” Set in 1962 Athens, Crete and Istanbul, it’s basically about two guys who reflect or echo their respective darker impulses (not unlike Highsmith’s Guy Haines and Bruno Antony in Strangers On A Train) becoming involved in a downswirl of mutual conning, killing, running from the law and fate closing in from all sides. The tension and suspense start early and build steadily, and right away you’re going away “okay, I get it…these guys are marked for doom.” And the ride is enjoyably diverting as far as it goes.

The whacking of Joe Pesci‘s Tommy in Martin Scorsese‘s Goodfellas (’90) left a huge impression on my psyche. For the last 24 years every time I’ve heard about somebody losing a job I’ve flashed on this scene. I’ve literally imagined the newly-unemployed publicist or studio exec or whomever being led into a basement den in some suburban home, looking around at the Sears & Roebuck furniture, going “oh, no” and then bam!…spurt, splat, flop on the floor.