In a 7.14 posting, GQ‘s Lauren Bans has written about having asked Apple tech support if it’s possible to shoot a private sex tape on your iPad and then have it accidentally upload into the Cloud with many, many people suddenly able to watch it. Apple’s answer: “Impossible.” The sex-tape creator “would have to make special settings for anyone to be able to see the sex tape [on some kind of] shared stream.”

The premise of Jake Kasdan‘s Sex Tape (Columbia, 7.18), which I’m seeing tonight at an all-media in Century City, is that an accidentally shared sex tape is a distinct possibility. I had always presumed this was a bogus concept, but it’s nice to hear that Apple tech support agrees. 10 pm Update: I’ve just come back from the screening, and I can at least say that Kasdan lays the blame for the accidental uploading on a synching software that Segel’s character has created called “Franken-synch.”

I was struck by three things in this Rose McGowan interview by HuffPost Live‘s Ricky Camilleri. One, I’ve always thought of her as Tallulah Bankhead without the alcohol, and now that she’s 41 McGowan really owns that attitude, I feel. Two, the semi-astonishing story (found near the 13-minute mark) about McGowan’s agent having told her to keep quiet during meetings because her assertive intelligent manner was “intimidating men” and spoiling the vibe. And three, the fact that McGowan looks different than she used to. Her lips aren’t Meg Ryan-ish but they’ve been worked on a bit. McGowan was in a 2007 car crash and had to do a little re-sculpturing to look hot again, or so I’m told. 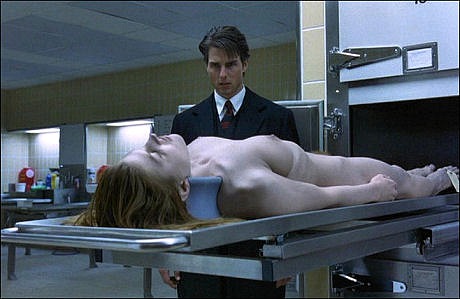 2 Comments
Down and Out In Paris

Israel Horovitz‘s My Old Lady (Cohen Media Group, 9.10) obviously costars Kevin Kline, Maggie Smith and Kristin Scott Thomas. This is one of those trailers that pretty much gives you the whole movie save for the last beat or two. It’s based on a Horovitz play that opened in 1996. Here’s a 2007 Denver Post review of a local production. Boilerplate: “Mathias (Kline), an all-but-destitute New Yorker, travels to Paris to sell a valuable left Bank apartment he’s inherited from his estranged father. Once there he discovers a refined old woman Mathilde (Smith) living in the apartment with her daughter Chloe (KST). Mathias quickly learns that he will not only not get possession of the apartment until Mathilde dies, but that he’s on the hook for monthly expenses of around $3K.” Terrific.

The 2015-2016 Oscar season will offer at least two high-prestige period flicks about outsiders going through all kinds of pain and anguish and prolonged suffering — Martin Scorsese‘s much-dreaded Silence, an adaptation of Shesako Endo‘s novel about Jesuit priests in 17th century facing violence and persecution, which Paramount will open in November 2015, and Alejandro Gonzalez Inarritu‘s The Revenant, a 19th Century revenge saga about a fur trapper who is mauled by a grizzly bear, left for dead, robbed. And then the fun really kicks in. Liam Neeson, Issei Ogata, Andrew Garfield, Ken Watanabe and Adam Driver will costar in the Scorsese. Leonardo DiCaprio, Tom Hardy and Will Poulter will costar in the Inarritu, which will shoot from October 2014 to March 2015 in British Columbia and Alberta. 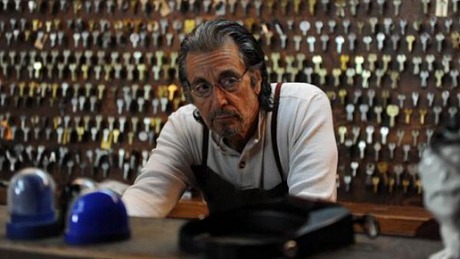 The lack of architectural intrigue…the banality, really…and the general feeling of a community of small-time, limited-vision merchants congregated on a sloping, smoggy thoroughfare. The only places I recognize are the Whisky a Go Go (“Welcome to the Party”) at Sunset and Horn, and Gil Turner’s, which appears at the very end. You can almost feel the atmosphere of oppressive ’50s mediocrity in the unexceptional sunlight. The “’60s” had only begun a few months earlier (the assassination of JFK was the kickoff) and were just starting to take shape. Lyndon Johnson in the White House, “Freedom Summer”, the first year of the Beatles, etc.